By Xuan Chau, a fine pianist

In a land not far away, in West Africa, you will find an ancient city. Actually, more like an ancient city of gold. To be exact, the name of this city is Ghana. Ghana is located directly of northeast Africa, close to the Niger and many other rivers. This city dated far back as the year 790B.C to 1240A.D. Ghana was one of the few ancient cities that rose at its time. By reading this, you will learn about Ghana’s obsession with trade, what art it made, and tools they used.

Possibly the main factor that kept this city alive, was trade. Archeologists can easily picture what trading in Ghana was like. The promotion of Ghana's foreign trade has been central to all government plans to revive the economy since 1983. Ghana’s reason to trade was thought to be because it provided much needed resources. These included devaluing the currency as well as raising producer prices for crucial exports such as cocoa, salt and gold, kola beans, and different virgin materials. The taxes were run by the king. He collected taxes off every single trade item that entered the city. This included slaves, and domesticated animals. Some of the items that were shipped through trade routs were nuts and berries, leather and ivory, nuggets, iron, cloth and cotton, hides, and wood. Although most of the items Ghana traded were harvested, most of them fell under the major categories: salt and gold. Reason salt and gold were so popular, is because first of all, they were easy to find, often in caves or underground digging mines. These were harvested by miners and many other people. Alone, salt supported and replaced what is lost in sweat. This was especially important in hot and humid places. Trading salt was what made Ghana such a rich empire. In fact, one pound of salt in Ghana would cost as much as 25 dinars, about 100 ounces of gold. Gold alone was important because it was worth a lot of money, and since Ghana had no trouble finding it, it also made the city rich. Most families wore gold as jewelry. Gold was so popular and plentiful in Ghana, that it was said that there was a 60 pound gold nugget near the king’s throne, worth over $300,000 dollars today! Places over 60 miles away would come and trade for Ghana’s resources that provided both food and fashion. But these were not all they traded. Slaves were especially important in Ghana because they completed jobs without payment while Ghanaians were away. Slaves were also the only permanent citizens. A healthy man could cost up to 20 dinars (84 grams of gold) and a good female cook could cost 100 dinars or more. Ghana ran one of the most successful tax systems. Ghana’s administrators were very sufficient and kept the empire together. Transportation of goods were done by camels because they adapted to desert travel and could go days without food or water. In final words, trading was a very resourceful and helpful way of life. 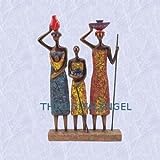 Trading was not the only key that helped Ghana’s empire, building tools was also useful. Some of the most common tools found in the remains of Ghana were weapons. Ghana also had farming tools such as sickles, knives, and scissors. Some tools in Ghana were actually invented by the Ghanaians. This included machines that ran on a few natural resources. Seed oil, coal, and other things. Blacksmiths were in charge of all the building and hammering. Tools were relatively hard to make because they went through a complex procedure of smelting, hammering and cooling. Only the most skilled builders were capable of doing all this. They were highly respected. Tools were made out of many common materials such as wood, gold, rock, weeds, etc. Other less common materials were silver, rubber, and different kinds of metals. But out of all, the most important of all is iron. Iron was probably the best metal for tools such as weapons and sharp cutting utensils. This is because iron was strong and durable. It could be easily bended to make sharp and deadly arrowheads, lances, blades, and knives. They also lasted longer. These were much better than the wooden arrows before, and were some of the greatest tools some could find. Of course, digging for iron also helped raise the standard form of agriculture. Even as these weapons became more powerful, they also cost more than other weapons. This created protection and provided money for Ghana. Ghana used many of the modern tools we use today. Some of the oldest known tools in Ghana’s history were scissors, sickles, knives, axes, and hammers. Some tools such as the bow, or a popular instrument that used dried melons as keys, were hand crafted and didn’t require any hard work. Ghana did not have a wide range of tools. Most were used for building. And some were used for farming. In final words, the tools Ghana made were very useful and extraordinary. 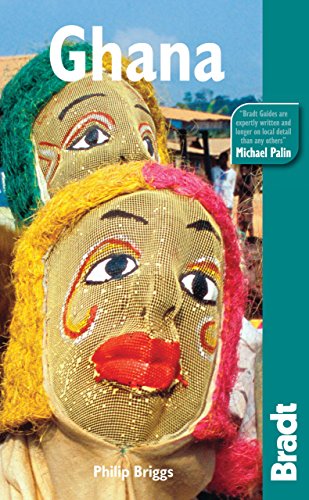 Despite tools, art was another thing Ghana specialized in. Ghana had many types of art: Terra Cotta, clay, jewelry, pottery, and occasionally, abstract. Ghanaians enjoyed making art, and showing off to gods. Ghanaians believed that a person who specialized in art was given a gift from god. Art symbolized many beliefs and served as an offering to holy structures. Some types of art we find from Ghana are made form live plants such as leather, grass, roots, and herbs. Some are also made of clay, gold, and iron slabs. The reason Ghana used this skill was to please others. Some craved respect and so practiced making art to get people to admire then. But statues and jewelry were not all they made, some also painted. Although painting was not very popular in Ghana, many Ghanaians made a mixture of berry juice and oil resins. This created a medium blue paint. They used this paint to decorate pottery after firing, and stain cloth and clothing. Some of the most highly respected artistry, are smiths, kinds of smiths are black furnace smiths, clack smiths, and worker smiths. They were very valuable because they were said to have “magical powers”. They made what is called an invisible barrier which protected them. Ghana said that their work shrouded in mysticism. They were called the first sons of the earth. They also acted as protectors for all the people. AS you can see, art was very skilled at the arts and had a priority to many skills.

In conclusion, Ghana was a very unique city because of its skills and culture. Trading in Ghana began to get very popular after tales of the spirit snake, Ogadu-bida died. Gold and salt was what Ghana was most known for. We also discussed about what tools Ghana used and the art of making them. Lastly, art in Ghana was simple but somewhat complex. Ghana was a normal to advanced city. Although they were not much different than surrounding cities, they invented and ran a very advanced tax system. So though Ghana was like any other place, it taught archeologists a lot about ancient trade and daily life is West Africa.