The Anclote River winds and twists along 29 miles in Florida’s Pinellas and Pasco counties. Its headwaters are located in Pasco near the Suncoast Expressway and it empties into the Gulf of Mexico at Tarpon Springs. Along its route, the Anclote coils through and adjacent to a few residential areas though the majority of its banks are undeveloped. A 1932 article in the St. Petersburg Times described the river as “a romantic, tropical river…richly endowed by Mother Nature. Spanish moss, yellow jasmine and air plants decorate the intermingling branches of oak, magnolia, bay, palm, palmetto, and other trees.” Large stretches of the Anclote still retain this natural beauty, especially further upstream where the river is shallow and narrow. Downstream, however, near the mouth at Tarpon Springs, its banks are either developed or are largely salt marsh.

The Anclote River has played a part in the history and development of this part of Florida. It first appears on maps in 1545, possibly first seen by Spanish conquistadors Vasco da Gama and Pinida who landed near Clearwater in the early 1500s, though the area has been inhabited by various Carib-Indian and American Indian tribes for about 14,000 years.

The name Anclote was given by Spaniards to the small islands near the mouth of the river - Cabo de Anclote, or literally Cape of the Kedge Anchor - so named because the ships had to use kedge anchors to winch their way through the shallow waters. French sailors also called the islands Cap d'Anclote which has the same meaning. In the Seminole dialect, the river was called Est-has-hotee, though the meaning of this word is unknown.

Several maps dating between 1850 and 1873 do not name the Anclote River but do show a river extending from Salt Lake north just as the Anclote does. The maps name the river Sulpher Creek. This alternate name for the Anclote likely comes from its close proximity to what was then called Sulpher Springs and is now known as Seven Springs.

A couple of newspaper articles from the late 1800s and early 1900s mention both the Anclote River and Seven Springs. From a 1923 Tampa Morning Tribune article: "There is no more beautiful or fertile spot in Florida than that about Seven Springs, so named because of the springs of bold flow, clearness of water and purity of fluid which bubble up in the section, flowing off in various directions, finally to unit and find their way into the Anclote river." And from a 1924 article about Odessa: "Seven Springs is only a very short distance with its beautiful flowing springs and wells of different kinds of mineral waters being located on the Anclote river making it an ideal place for afternoon picnics and camping parties."

Additionally, the Seven Springs historical marker states: "“Early residents of this area were Samuel H. Stevenson and his wife, Elizabeth, who believed in the therapeutic benefits of the mineral springs now known as Seven Springs. It became something of a health resort after Stevenson created a pool by installing a well pipe and diverting water from a spring. The pool overflowed into the Anclote River, where a small bath house was built for guests and mineral water was given to any who wanted it.”

To look at a map now, however, it is difficult to tell where the river flows once it reaches State Road 54. The area is filled with housing developments and natural and man-made lakes. Interestingly, the first white settlers in Pasco County settled in this area around 1830, possibly drawn by the fresh water of the springs and river.

Mouth of the Anclote River

According to the legend, Indians obtained freshwater from the well like they did from many others throughout Florida, diving to it with large gourd jugs which they turned upside down over the flowing water to capture the freshwater and keep out the saltwater.

Another account of the well says the earliest Spanish explorers dug the well to get the freshwater. Even if this is true, there had to have been a spring or some source of freshwater to dig for. This account gives the well its name. One Spanish conquistador, Narvaez, lost eight men in his search for fresh water here. In 1528 he needed to resupply his water rations and knew of the existence of the well. He also knew earlier explorers had treated the local Indians brutally. In an attempt to show the Tocobago Indians who dominated the area that he meant them no harm, he sent two men to shore. When they didn’t return, he sent two more, then another two and another two. By the time eight men went missing in the jungle surrounding the Anclote, he finally gave up and sailed away.

Pirates and buccaneers are also said to have used the well. By this time the Tocobago Indians were long gone, killed off by European diseases. Legend says pirates like Gasparilla and Captain Kidd restocked their water from the “Spanish well” and also buried their treasure along the banks of the Anclote River and on the islands surrounding the mouth of the river, though no pirate treasure has been found here.

In 1867, two families from Marion County – today about an hour and a half north – settled on the north bank of the Anclote near its mouth. The settlement was named Anclote and within a decade or so had grown into a thriving community with a social scene, post office, general store, school, and ferry service to Cedar Key (75 miles north) and Clear Water Bay (20 miles south).

In the early years, the settlers of Anclote village used the “Spanish well” also. When the sponging industry came to the area in the late 1800s, the spongers and fishermen used the well too. As recently as 1946, the location of the well was still known, so though the well now falls into the realm of legend, we know it did exist and it provided much-needed freshwater to local inhabitants and passing sailors for thousands of years.

To the south of the Anclote River and about three miles or so from its mouth, another town was founded in 1867 – Tarpon Springs. Though the town is now known for its Greek heritage and sponge industry, it was first founded has a haven for wealthy Northerners and the ill who took advantage of the many springs and the balmy weather to cure their illnesses. Tarpon Springs was first settled along the shores of Lake Butler (now Lake Tarpon), but by the 1880s the town center was quickly growing further west near the present-day Sponge Docks. The calm, spring-fed waters of three bayous which connected to the Anclote River offered beautifu home sites for the wealthy Northerners who built winter homes here.

Birth of the Sponge Industry

Though the railroad essentially put Tarpon Springs on the map, it was the Anclote River that helped it thrive and become the town it is today. In 1852, the schooner Chestnut had harvested a load of sponges near Anclote Key. The discovery kick-started Florida’s sponging industry and Tarpon Springs would take center-stage as the capital of sponging. The first sponge company, the Rock and Sponge Company, was formed in 1891 though the Greek divers which became famous with the town did not begin settling here until 1905, and the Sponge Exchange was not established until 1907.

On a cool November day, we visit Anclote River Park, a county park on the north bank of the river, overlooking the many islands at the mouth of the river and the shallow Gulf waters beyond, just a half mile from what’s left of Anclote village.

We leave the park and take a slow drive down Osceola Avenue, turn left at Riverside Drive and then again at Waccassassa Street. This is where Anclote village was centered in the 1880s. The oldest surviving home here was built at the corner of Osceola and Riverside in 1901. Two stories of frame home with a metal roof welcome the cool breeze with wide wrap-around porches. From the front door, oak branches dripping with Spanish moss frame views of the river.

Many older homes remain in Anclote, though the postal address puts them in Tarpon Springs now. Another two-story home decorated with fishing gear and large wooden fish claims to be a fishing club established in 1903. Further inland, the historic Anclote Cemetery offers Anclote residents a free burial. It is the final resting place of the town’s founders, the Myers brothers, both of whom died of yellow fever within two years of settling here.

Across the river in Tarpon Springs, the scene is a far-cry from that of quiet, forgotten Anclote. Dodecanese Street, along the river, bustles with tourists who have come to visit the Sponge Docks, take a sunset cruise, and indulge in authentic Greek food. Proprietors of sponge stores stand on the sidewalk yelling out specials and encouraging passers-by to come in and purchase real sponges, handmade soaps, and jewelry. Once a month, this busy road closes, cars replaced by pedestrians as people clog the restaurants and stores for A Night in the Islands. Musicians belt out Greek music, and artisans and restaurants set up booths along the sidewalk.

Closer to the bayous, however, the scene is again quiet. Couples lunch at picnic tables in Craig Park watching the tranquil waters of Spring Branch of Whitcomb Bayou. An older couple sits on a park bench, saying nothing but watching families stroll along the seawall or on the park lawn under century-old oaks. Victorian homes line the street, a testament to the wealth that settled Tarpon Springs.

The shallow waters of the Anclote River never allowed for this area to become a booming town. In its own way, though, the river sustained thousands of years of habitation and perhaps something more important than booming business, a quiet place for Northerners to winter, a healing place for the sick to recuperate, and new opportunities for the Greek immigrants who brought their sponging skills and unique heritage. For all of them, and the many others who simply passed through, the Anclote River has given beauty, tranquility, freshwater, and a place to call home. 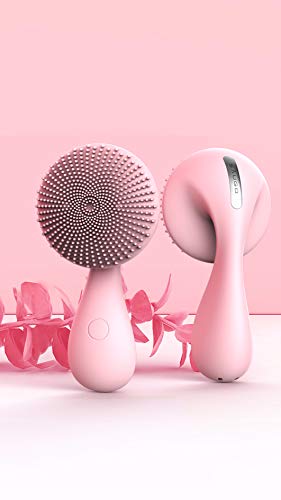 Lodging Near the Anclote River

Great Eats Along the Anclote River

Things to Do Near the Anclote River