Which is your favourite department?

The region of Aquitaine is the southernmost region on the Atlantic coast of France - running from the Gironde estuary in the north to Pyrenees and Spanish border in the south. It is bordered by the Poitou-Charentes and Limousin to the north, and flanked on the east by the large region of the Midi-Pyrenees.

The Dordogne valley has become a haven for the Brits - with many living around Eymet much to the consternation of the French. Cricket, afternoon tea and other British activities can be found in this area. Of course, French culture still thrives and the French & Brits live in harmony! Sarlat in the Dordogne valley has the most extensive and best preserved historical centre of any town in France!

Bordeaux and the many vineyards in the Gironde and Dordogne are fundamental to the local economy. Close to Bordeaux is the medieval centre of Saint-Emilion with its splendid vineyards. Bordeaux - the largest city in the region - has some magnificent architecture and a visit to the Quays is well worth it. The beaches on the Atlantic coast are sandy, and the Great Dune of Pyla is the tallest sand dune in Europe. It is located in La Teste-de-Buch in the Arcachon Bay area, France, just 60 km from Bordeaux.

In the south is the chic resort of Biarritz with its Grande Plage; it has a long sandy beach with a lighthouse on a rocky outcrop. Biarritz itself rises up behind the beach and lots of old hotels face the sea with interesting architecture.

Other gems to visit: The 13th century bastide town of Monpazier, the picturesque Basque village of Espelette, and the prehistoric painted caves of the Vézère Valley (World Heritage site). In the Lot-et-Garonne you can enjoy 200 km of navigable waterways and 3,500 km of walking trails.

Many Brits have long bought property in the Dordogne but prices have fallen back in the last few years. For cheaper properties in the Aquitaine look for rural properties away from the main airports. Air links to the Aquitaine with the international airport at Bordeaux and regional airports at Bergerac, Biarritz and Pau.

For more places to visit, go to Aquitaine Tourist site or the department tourist websites;

Weather: the region is renowned for its pleasant climate throughout the year and especially for its warm weather during the summer months with 2,200 sunshine hours a year. For daily weather: Aquitaine weather.

The region of Aquitaine is split into smaller areas called departments - there are 5 department. The most famous with the Brits is the Dordogne. Departments:

The map below shows the 5 departments.

Departments of the Aquitaine 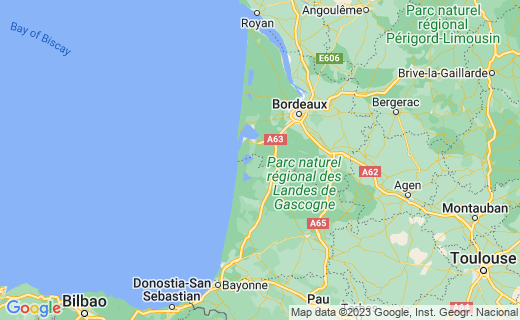 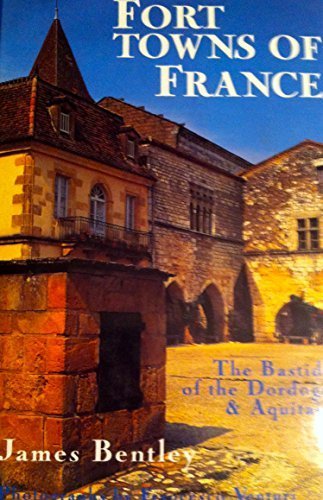 Fort Towns of France: The Bastides of the Dordogne and Aquitaine
Buy Now

Add Comments About the Aquitaine