Many people equate Arizona with wishing to see the Grand Canyon National Park, and with good reason. After all, it is one of the seven natural wonders of the world. It is also a UNESCO world heritage site. But there are so many more places of interest if planning a vacation to Arizona!

Having had the privilege of vacationing in this sixth-largest state of the United States on several occasions and exploring many different areas of this southwestern locale, I can readily understand why tourism is a vital industry for Arizona's economy.

The scenery is fantastic! Everything from mountainous plateau areas to flat sandy desert lands is on view here. Come along, and take a look at some of the places you may wish to include on your bucket list if planning a visit.

Below you will find a small sample of photos taken in Arizona. There are so many scenic areas in this state! I thought that you might enjoy a few pictures of beautiful, historical places before learning some history and facts.

You might wish to bookmark this page and refer back to it or send it to people you know who are considering a trip to the Grand Canyon State. Without further ado, here are some of the enticing attractions to view in Arizona.

Oak Creek is truly an amazingly beautiful canyon located between Flagstaff to the north and those spectacular red rocks of Sedona to the south.

Amazing Colors of the Painted Desert

Arizona's painted desert is like an artist's palette filled with an array of stunning colors which can be viewed from the road or explored more closely.

My grandfather had so much fun through the years with a cute poem he discovered at that location. Learning about this prison is also fascinating!

Learn a bit about the Native Americans who once lived here and built this historic lodging.

The Saguaro National Park near Tucson

It is so amazing to be able to drive through this national park and see these iconic cacti. Learn more about these cactus plants and other animals who call this place home.

People from all over the world congregate here to be able to view this national wonder.

This wonderful park has many cacti of all different types. Seasonal art and events make this botanical garden even more enticing to visit.

The White Dove of the Desert: Mission San Xavier del Bac in Tucson

This beautiful church architecture stunningly rises from the desert floor.

Walking among these colorful pieces of petrified trees is something you will long remember. There is no other place worldwide quite like it with such an array of them on display in one area.

Visitors can walk right up to these impressive 12th-century Native American ruins, walk around them and marvel at their construction which is now centuries old.

There is quite a hike to see the cliff-dwelling ruins, but worth the effort to see how Native Americans once lived in this scenic environment. It had landmark status when we first visited there.

People are no longer allowed to climb to the top of this national monument. It is an impressive site showing the results of an old volcanic eruption.

The history of Native American tribes living off of the lands now known as Arizona goes back some 10,000 to 12,000 years. It accounts for the many ruins built up into the sides of cliffs plus those built on the ground that can still be visited and seen today in various parts of the state. Many of them are now national monuments.

There are twenty-one Indian reservations in Arizona, with many of the Native Americans still living on them. Approximately one-quarter of Arizona's lands are reservations. These reservations were parcels of land set aside by various treaties made with the United States as westward expansion, exploration, and habitation by those coming primarily from Europe took place.

Each tribe has its customs, and hopefully, their unique traditions and history will continue to be shared so that future generations of people can learn and honor the first peoples to this land.

The word Arizona comes from an Indian word meaning "little spring." Springs, rivers, and waterways in Arizona would have provided the Native Americans with refreshing and potable water to drink and bathe and also furnished them with fish to eat and a mode of transportation on the larger bodies of water within the state. Water for their crops would also have been of paramount interest in the location of their dwellings.

The topography of Arizona is varied and ranges from a high point at Humphreys Peak in the San Francisco Peaks located in the northern part of the state. At 12,633 feet (3,851 meters), Humphreys Peak contrasts sharply with the low point near Yuma in the Sonora Desert in the southern part of Arizona at 70 feet (21 meters) above sea level.

The weather conditions vary depending upon what time of year one plans a visit. Overall the climate in Arizona is arid. The higher elevations, which generally run from the southeast to the northwest, receive the most precipitation. It can be in the form of rain or snow, with the desert southwest getting only a couple of inches of rain per year.

My husband and I have been in the largest capital city of Phoenix during February when the days were hot and sunny and where only a sweater might be necessary at night. During the same time frame, we drove north to Flagstaff, the closest major city near the Grand Canyon, only to find snow covering the ground, and we experienced blustery cold weather.

Overall the climate in Arizona is known for its mild winters and hot summers. For that reason, many people from northern climates escape to sunny Arizona to spend the winters. Often nicknamed "snowbirds," they also seek the warmer climes in other southern states like Florida, Southern Texas, New Mexico, and southern California. Of course, many of these so-called snowbirds end up making Arizona their permanent home once they discover the many wonders of the state.

Speaking of sunny weather, Phoenix receives more sun than most other major cities in the United States. Like some other bright, radiant areas, people need to take precautions to protect their eyes and skin. Be sure to include your sunglasses and suntan lotion when visiting these sunshiny climes.

Arizona was the last of the contiguous states to be admitted to the Union, becoming our 48th U.S. state on February 14, 1912. It is the 6th largest state by land mass and shares a long southern border with Mexico.

From the most exposed petrified wood in the world to the grandest of canyons, with the mighty Colorado River continuing to sculpt the sides of the Colorado Plateau, to the eye-catching colored hues of the Painted Desert, there is so much to see enjoy in the State of Arizona.

Be sure to take your camera! You might be lucky and capture a cactus wren which is the state bird sitting near a saguaro blossom, the state flower, on that iconic saguaro cactus that only grows in limited areas of Arizona and Mexico.

If you like to hike, there are numerous areas with abundant trails in Arizona that will keep you happily engaged. Do you enjoy river rafting? How about considering a float trip in the Grand Canyon for fun and excitement? Many lakes created by dams are in the state for people who prefer boating, swimming, and fishing.

For Indian lore or wild west flavor, there is that and so much more to be found in Arizona. The photos shared in this post comprise just a tiny sampling of what there is in this state. Enjoy your explorations of this spectacular part of the country. 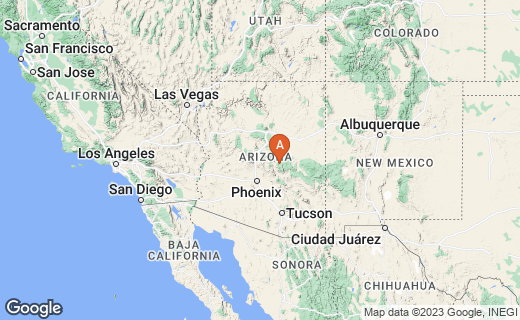 Do you think that you would enjoy a vacation in Arizona?