Around the Madeleine in Paris

Around the Madeleine Overview

The Madeleine or the Quartier de la Madeleine is an area in Paris which includes the Madeleine church in the middle of the Place de la Madeleine and the area nearby which is within in the eighth arrondissement (district) of Paris. It is known for its luxury boutiques and fine food all found within a stylish district not far away from the most popular sights. Not least is the large Madeleine church itself designed in a new classical style with greek style columns around, taking an impressive position at the centre of the Place de la Madeleine. Built over a number of years in the 19th century, it also has an interesting musical history.

The Madeleine District is known as one of the most affluent districts of Paris, frequented by well off tourists and those who love the style of Paris yet it is not absolutely necessary to be very wealthy to stay there and enjoy the sights and the brasserie food. For those on a moderate budget there are choices of places to stay in the district. From the Place Vendome with its chic boutiques and high end hotels to the Place de la Madeleine it is a wonderful lifestyle stroll and there are places of interest within reach. It is also a prestigious location where the Elysee Palace is situated.

Travelling to and Around the Madeleine

Most people fly to Paris via three main airports at Orly, Beauvais and Charles de Gaulle. From each airport public transport or taxis are available for travel to the centre of Paris which can be followed by taxis, underground trains and buses to tourist accommodation.

From Charles de Gaulle there are RER services on Line B to the centre of Paris and passengers can change on the underground system to arrive at one of several stations, depending on the location of accommodation. There are express trains that take about 25 minutes to get to the Gare du Nord. Slower trains stopping at a greater number of stops in the suburbs can take twice as long. The express service can sometimes be less busy than the service covering the whole route which is beneficial at peak times when trains get very full. From Paris Beauvais airport there are shuttle buses and taxis. From Orly there is a shuttle to Antony station then a train on RER B.

In our case we travelled from Charles de Gaulle walking to the RER departure point, buying a ticket from a machine and travelling to Gare du Nord where we took a taxi to our hotel in the Madeleine area. The taxi was comfortable but the price was higher as it was a public holiday. It was something of a surprise to pay as much yet taxis can be expensive. However it was worthwhile to be driven comfortably in the smart Mercedes Benz that was available for public hire. Once we had checked into the hotel we walked or took the metro as there were stations within a reasonable distance of the hotel.

Once in Madeleine the area is fairly easy to walk around. In Paris, it is possible to get the metro (underground) around central Paris and to/from the Madeleine district, or a bus or taxi. As mentioned, taxis can be more expensive but convenient particularly if there are more than two of you/you are able to share the cost. There are several metro or underground stations near Madeleine including Madeleine, Concorde, St Augustin and St Lazare. 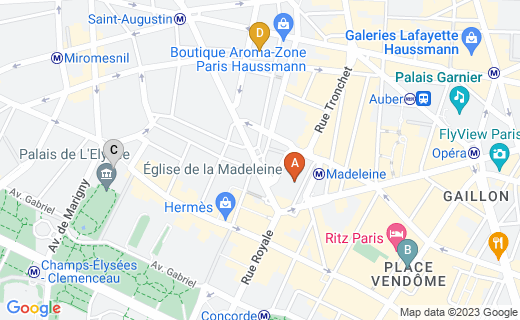 What are your aims on a trip to Paris?

Things to Do In and Around the Madeleine District

The Madeleine is a very nice place to do some high end shopping or to browse and shop in both some niche and familiar high street shops on pleasant streets and avenues. There are also some places to go for sightseeing and some great brasseries and restaurants serving classic French food.

The Madeleine church is a colossal size compared to some other churches and is built in a neoclassical style like a temple. In fact it was originally built as a temple by Napoleon and took over seventy years to build. It was rededicated as a catholic church eventually. It has some interest particularly for classical music enthusiasts as the composers Camille Saint-Saens and Gabriel Faure were organists there. In fact Gabriel Faure was Camille's pupil. It is a fully operational church and also runs a dining club under the church where it is possible to join and have a three course meal for a relatively modest amount.

Place Vendome is a square known for its luxury jewellery stores and for a famous Hotel. Vendome Square was a place where some of the members of high society resided following its development and completion in the eighteenth century. The Square at Place Vendome symbolises the grandeur and splendor of the Sun King, Louis XIV who was ruler at the time. The Square consists of 28 classical French mansions, one of which is the famous Ritz Hotel. Many famous personalities have stayed in the buildings overlooking the square including the composer Chopin.

There are many boutiques and stores of major upmarket designers and brands in the area. There are also some familiar high street stores and niche shops dotted among the haute couture. A number of streets including Boulevard Malesherbes and the Rue Faubourg Saint Honore near the Elysee Palace host high fashion brands. The Elysee Palace is the residence of the President of France. It was developed in French classical style for the aristocracy and was once the home of the mistress of Louis XV. It is heavily guarded therefore not accessible to most but travellers will probably go past the entrance gate which can be seen from the Rue Faubourg Saint Honore.

There are restaurants in the area having good standards of French cuisine with the very typical french red cafe or brasserie evident. There are also some places offering very fine dining for the selective gourmet. We tried the brasseries and found the creme brûlée or chocolate pot in one cafe was surpassed the next night by the next place where we dined, and so on.

The Chapelle Expiatoire is a memorial in a large square dedicated to King Louis XVI and Marie Antoinette who met their end by public guillotine during the French revolution at the Place de la Concorde just south of the Madeleine. They were buried in Saint Denis. 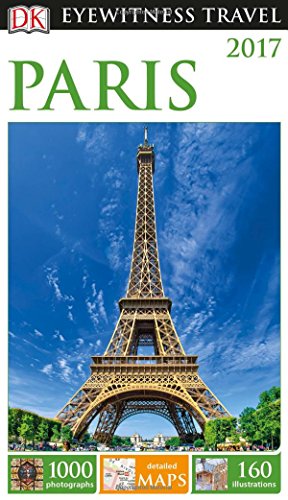 Things to do Near the Madeleine District

Not far away just north east of the Madeleine is the Palais Garnier and nearby are the famous department stores, Printemps and the Galeries Lafayette. They are easily accessible by metro, taxi or by a determined walker. Heading north west from the Madeleine is the Parc Monceau, a public garden first developed by a cousin of Louis XVI who loved the informal english garden style. It includes scaled down structures which were added such as a pyramid, a colonnade and a Chinese fort.

Just south of the Madeleine, following a straight line is the Place de la Concorde, which had a notorious history during the French revolution as a site of the guillotine. It is marked by a huge obelisk. Standing at the Place de la Concorde it is possible to see directly along the famous Champs Elysees to the Arc de Triomphe. There are a number of metro stops along the route.