History in the Desert: Ballarat

A little known ghost town in California, Ballarat is a wonderful place to visit.

Located near Death Valley, the town is situated in the Panamint Valley in an ancient lakebed.

It originally started as a gold mining boom town, and Ballarat still has several buildings and is an interesting place to visit.

The remaining adobe buildings are weathered and ruined, but make for great pictures, and the area is frequented by feral burros, left wild after they were abandoned or escaped from the gold prospectors that once made this present-day ghost town a thriving hub of activity.

Most people stop by Ballarat on their way to Death Valley National Park since Ballarat is located on the west side of the park.

It is fairly good 2-lane highways all the way to Ballarat, except the last mile or so, when you will have to turn off the main road and take a well-graded dirt road the rest of the way.

It is fine to take even in a car. 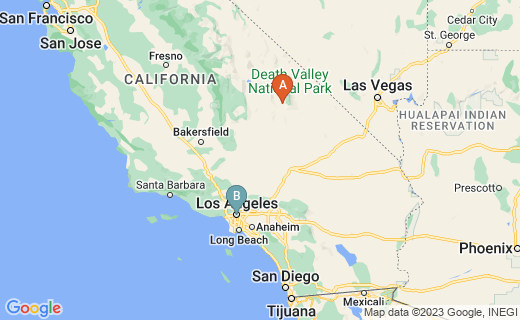 Learn About the Other Death Valley Ghost Towns 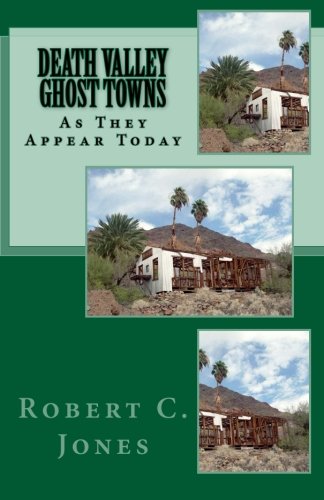 Death Valley Ghost Towns: As They Appear Today
The dry desert area helps preserve the surprising number of ghost towns in and around Death Valley. Learn more about all the neat places you could visit with this handy book.
Buy Now

The Remote Trona-Wildrose Road in the Panamint Valley, CA

The Turn Off to Ballarat

The picture below shows the turn-off from the main highway onto the road to Ballarat.

It is just a few miles down this road to Ballarat and it is well-graded the entire way. You can drive there in a car without a problem.

Text from the Ballarat Marker

Now a ghost town, Ballarat served nearby mining camps from 1897 to 1917. They produced nearly a million in gold. The jail & a few adobe ruins remain. Seldom seen Slim, it's last resident, was buried in Boothill in 1968. It had a school but no church. Post Office Spring 1/4 mi south is where the Brier Party, some JayHawkers & other 49ers came in their escape from Death Valley in Jan. 1850.

Learn About More Secret Places in the Mojave Desert

The Last Occupied Building in Ballarat

The last occupied building in Ballarat was built years after the others.

Someone thought they could make a profit off the interesting history in the area, so built a store out of cinder blocks and opened it up.

Ballarat is just too far off the beaten track for most people to visit though, so while the building is used a sort of museum / store, it doesn't get enough business to stay open most of the time.

Occasionally cold sodas and other drinks are sold there, as well as a chance to camp at the barren campgrounds next to the town.

Hanging out in Ballarat Ghost Town

The Parson of Panamint and Other Stories

The Parson of Panamint and Other Stories
This book is a reproduction of an earlier volume and it features stories of the Panamint Valley and Ballarat.
Buy Now 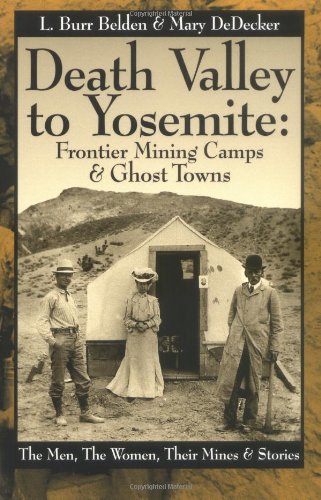 Inside One of the Ruins

Be Wary in Ghost Towns

The Panamint Range is dangerous and steep, and even experienced off-roaders should only attempt many parts of it in groups, if at all. The range contains Telescope Peak which has an elevation of 11,049'.

Ballarat sits tucked close to the Panamint Mountains in one of the last flat areas before they start their climb out of the valley.

Across the valley are the Argus and Slate Ranges, which are also fairly tall. Being caught between the two mountain ranges makes the Panamint Valley hot and dry.

The valley floor is mostly covered by a dry salt lake, which is mined for Borax and other minerals near the town of Trona. It is a remnant of the great Lake Manly that covered Death Valley and much of the area in the Ice Age.

Occasionally the weather will allow water to dampen the lake once again, and a thin layer of water will cover the lakebed. Because of the heat and dryness, this is a rare occurrence but beautiful when it does happen. 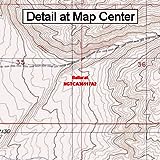 USGS Topographic Quadrangle Map - Ballarat, California (Folded/Waterproof)
This folded and waterproofed map would be a wonderful director of your travels around the area of Ballarat. Definitely a requirement if you plan to go off-road in the area at all.
Buy Now

Ballarat in California in the United States was named after Ballarat, Australia.

The Ballarat in Australia was also a gold mining town, though they managed to survive the boom to bust cycle that mining towns usually endure.

Get a Guide to Go Off-Roading

The Manson Family and Ballarat

Many people pass through Ballarat to head into the mountains above to a notorious site called Barker Ranch.

Barker Ranch was the last hideout of Charles Manson and his "family". It is was where he was captured.

People in the area still tell stories of the Manson Family shopping in town for groceries and how they knew there was something wrong with them, even in an area known for eccentrics. They could not know just how bad the people were.

In 1969, the Inyo County Sheriff's Department, the California Highway Patrol, and the National Park Service went up to the Barker Ranch to arrest those they believed had vandalized Death Valley. The officers had no idea of what the Manson Family had done at that time, it was only after they had been hauled in that people realized they were the mass murderers and that they had ended their reign of terror.

They found Charles Manson hiding under the bathroom cupboard and arrested several of his followers as well, then a couple days later went in to round up the ones that had scattered.

Many believe Barker Ranch may still hide bodies buried around the area, but funding is scant to do adequate searches and it is difficult to get equipment and people to the site. Just a few years ago they attempted to do more thorough searches with modern equipment, but the tests were inconclusive. The Cadaver-Sniffing dogs seemed to sense something in the area but were not successful. And the sonar sensed several possible graves, but digging at four potential sites did not reveal any bodies.

People visiting the Barker Ranch were once able to go inside the house and see the furnishings and even where Manson hid, but after a fire in May 2009, the wood parts of the building and the furnishings burned down. So all that's left are the stone sections and ashes.

Learn More about Barker Ranch and the Surrounding Area 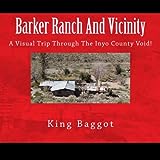 A green Dodge Powerwagon rusting away in Ballarat may have been left there by one of the Manson Family.

The story is that during the raid on the Barker Rance, Charles Watson or "Tex" escaped in this Dodge truck, but that it broke down in Ballarat. He was not captured with the rest of the Mansons, so it is possible.

On the ceiling of the truck there are painted stars, the signature of the Manson Family.

Get a Beautiful Canvas Print of the Image Above

A road trip to Trona Pinnacles, Ballarat, and Barker Ranch on 3/29/08

If you're interested in learning more about Ballarat or other ghost towns in California, check out this great book for more information.

See My Other Pages On Nearby Sites

What Do You Think About Ballarat?