Bangalore or Bengaluru as it is now officially known,was discovered by a chieftain,Kempegowda in1537.An inscription, dating back to 890 CE, shows Bengaluru is over 1,000 years old.Kempegowda built the four towers that mark the boundaries of Bangalore. He has built more than 100 lakes and many markets in and around Bangalore. He has also built many monuments in and around Bangalore, including the Nandi temple.

Bangalore lies in the southeast of the South Indian state of Karnataka.We are called Bangaloreans and speak the Kannada Language.Since it is cosmopolitan in nature,everyone here speaks atleast 3 indian languages and speaks fluent English.So,travellers find it very interesting to note that they can find their own transport or hotel,go around the city shopping,pubbing,eating withou any problem whatsoever.Everything is available everywhere,even mineral water.The man on the street is helpful with directions for any traveller because we are known to be hospitable.

Bangalore is known as the Garden City of India because of its greenery and the presence of many public parks, including the Lal Bagh and Cubbon Park.Large trees line every avenue within the city.Every season brings in flowers of different colours and hues....purple,pink,white,yellow.

Bangalore is also known as the Pensioners Paradise since many come to settle here after their retirement as it offers a peaceful and pleasant climate all through the year.Expats choose to come to this city from all over the globe as it offers worldclass facilities for themselves with clubs and great workplaces,excellent accomodation,well connected to all other cities,educational institutions of international standards for their children.

Bangalore is called the Silicon Valley of India because of the large number of Information Technology companies located in the city.Bangalore is served by the newly-built Bengaluru International Airport.Bangalore is the third most populous city in the world.Many migrate to this city from all parts of the globe because of the job opportunities in BPO's,Software Technology Parks,Banks and factories(public and private).A large number of students come to this city to study engineering,medicine,information technology,management and several other courses,as it houses some of the best educational institutions.

Bangalore is also popular as a Health Destination.Hospital tourism is of utmost concern here as patients from other countries such as Africa, Pakistan,Middle Eastern countries,UK,Australia and the USA fly in for superspeciality treatments and surgeries as they cost much less here than in their own country.Also, we have superspeciality hospitals with state-of-the-art equipment,trained and dedicated staff,in addition to the most experienced doctors and nurses.Ayurvedic health spas for therapeutic massage combined with yoga and health diets are immensely popular among travellers.

Sandalwood soaps and perfumes,silk sarees and jasmine flowers(garlands) are famous in the city.Every traveller picks up some for himself and friends back home.

Sometimes referred to as the Pub Capital Of India,it is home to cuisines from all over the world.Chinese,KFC,McDonald's,North Indian,South Indian,Continental,Japanese,Lebanese,Punjabi,Gujarati.......you name it,we have it.From roadside tea stalls to Five star hotels,to the ever popular Darshinis that serve idlis,vadas,dosas,bondas,rice baths,chaats,..... that serve the fastfood in a hurry,you will find the culinary experience a real adventure.Biryanis,chicken kababs,tandoori chicken,mutton rogan josh,........the list is endless!A variety of sweets,local shakes and icecreams will leave you asking for more.

The people of Karnataka are called Kannadigas as they speak Kannada language. Most people here speak excellent English which is the reason why several BPO's and Call centres exist. The best educational institutions in the country are at Bangalore and that includes world renowned schools, colleges , Engineering colleges and B- Schools.

So,what are you waiting for?Ready to book your flight to Bengaluru,India?If you wish to learn Kannada, you are welcome to Kannada Fluenzy, a blog dedicated to teaching you basic skills of Kannada Conversation. 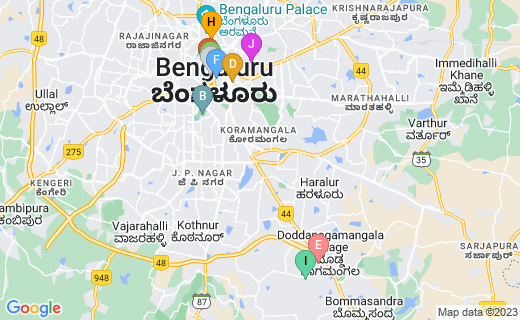 The seat of Government

Centre of the city 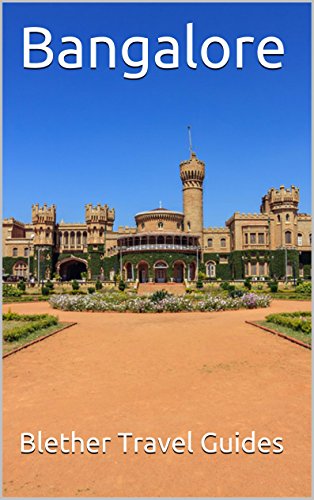