Bed Bugs -The worst experience you can have staying at a hotel, villa or rooms!

Unfortunately for my nieces, last year on holiday they ended up in a hotel room with bed bugs.

It was a beautiful hotel, clean, spotless in fact, and a place that they have stayed at twice before but this time they were unlucky.

On the first night Kele awoke to find herself itching and covered in small bites on her arms and back. She turned on the lights, went to the bathroom and when she returned she saw bugs scuttling across the pristine white sheets on her bed. She let out a scream and woke up her sister Kat who had been asleep in the next bed. Together they found what seemed like hundreds of the little critters swarming all over both beds, the bed frame and the floor! This was a serious infestation.

The owner/manager of this small private hotel was mortified, as were the cleaning staff. They moved the girls to another room immediately, threw out the (nearly new) mattresess and then called in the exterminators.

How did this happen? It was still quite early in the season and apparently this particular room had not been occupied for three weeks. The cleaners had noticed nothing untoward when they cleaned the room the previous day and made up the beds. But these bugs had been hiding and multiplying in the crevices of the furniture, mattresses or walls all the time and were probably brought in by a previous resident. Bed bugs are nocturnal so they obviously came out and, having fasted for at least three weeks, discovered a feast that night! Normally bed bugs feed every 5 to 10 days but they can go months without 'food'.

Oh yes they can! Bed bugs grow to around 1/4 of an inch in size, that's about the size of a ladybird (ladybug) and in fact they are quite a similar shape and size, except flatter. Adult bed bugs are brown in colour and become dark red when they have fed on a host's blood. Nymphs (young bugs) are smaller and lighter in colour, with a transparent yellow skin which again turns to a darker red after feeding on blood.

However bed bugs are nocturnal creatures and hide in cracks and crevices (of furniture, matresses or walls) during the day so they may not easily be discovered.

Myth 2) Bed bugs are only found in dirty rooms

Not so. Bed bugs are easily transferred by people, clothes, luggage and they can turn up anywhere - even at the most spotlessly clean and luxurious hotels. As we travel more, the risks of cross infections are greater everywhere. Bed bugs feed on blood so they are attracted to living things, not dirt.

There is no indication that bed bugs transmit any infectious diseases, so although they are repulsive looking insects they are less harmful than mosquitoes which can carry and transmit a number of diseaes. Rarely bed bug bites may invoke an allergic response in some people, producing raised itchy weals on the skin. Otherwise the bites are itchy small red marks.

Myth 4) You can identify bed bugs by bites alone

Not so. Skin bites are notoriously difficult to diagnose and many other kinds of blood-feeding nocturnal insects such as mosquitoes and fleas produce similar bites and bite patterns on the skin. Bed bugs can rarely be identified by the appearance of the bites alone. Confirmation requires finding and identifying the bugs themselves.

Newly hatched bed bugs, known as nymphs, require five blood feedings to reach adult size, which normally takes around 6 weeks. They molt in between feedings by shedding their outer shell. Once mature they will begin the process of laying new eggs.

Bed bugs normally lay between one and three eggs per day with an incubation period of 10 days in warm weather (slightly longer when cool). The tiny white eggs are very hard to see.

The telltale signs of bed bug infestation are blood spots on sheets or mattress and/or dark brown or black smears (which are faeces) on a mattress, particularly in a cluster around the seams.

Getting Rid of Bed Bugs

All bedding and clothes in the infested area should be laundered on a very hot wash. Throw away an infested mattress, particularly if there are any small holes in it as the bugs are probably living inside. Then call in professional help and an exterminator to ensure that all bugs and eggs are destroyed.

New York City is under attack from a mass infestation of bedbugs that is leaving a trail of itching, sleep deprivation and panic in its wake, says the Guardian, October 2010:

"Today you can go to the cinema in Manhattan to be scared out of your wits by images of New Yorkers being eaten alive by monsters and, at the very same time, you can yourself be eaten alive. That's what happened to several cinemagoers last month at the AMC Empire 25 in Times Square, and, again, at the AMC theatre in Harlem.

The monsters in question may lack the muscle structure of King Kong or the fire-breathing capacity of The Beast, but boy do they bite. Cimex lectularius, the common bedbug, is on the march, steadily extending its reign of terror across the five boroughs and onwards to cities across America.

The invasion has already claimed some of the biggest names in the city. Last month, the mammoth Niketown store on 57th Street was shuttered after bedbugs were discovered, and the New York headquarters of Google was also forced to admit it had an infestation after one of its employees Tweeted on the subject. "Jeepers," she posted, "I am not immune to the bedbug panic. Bedbugs have been found at work." (The Twitter feed rapidly disappeared.). Bloomingdale's also had a visitation

People who have suffered attacks keep silent for fear of the consequences, thus failing to alert neighbours to the danger and, in turn, allowing the bedbugs to advance undetected. And so the shiny creatures proceed, slowly, steadily, bloodsucking their way across the city and spreading misery in the form of itchy blotches and panic in their wake." 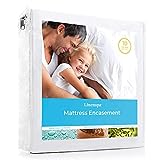