Best Free Things To Do In Paris

With euro getting stronger and stronger, traveling to Europe is becoming more and more expensive. Particularly in the summer and particularly to the cities like Paris, that always was expensive and even more unaffordable now. It is quite difficult to eliminate certain travel expenses such as an accommodation and food, however it is possible not to spend any money sightseeing in Paris and still fully explore and experience this fantastic city. Here are best things to do free in Paris.

Tremendous historical heritage of France and Paris, as a capital and center of the country, is expressed in the city's historical buildings and palaces, churches and cathedrals. Strolling streets of Paris, while enjoying the city's architecture, as well as visiting Parisian churches are great experiences and absolutely free. Some churches and cathedral in Paris, such as the popular Notre Dame de Paris Cathedral, charge money for access, but most of them doesn't. La Basilique du Sacré Coeur de Montmartre is not only an architectural jewel and unique cathedral, it is also one of the best viewpoints in Paris. The cathedral is situated atop the hill of Montmartre in the North of Paris, which rises 129 meters above sea-level and provides a breathtaking view of the city. Église Saint-Sulpice is a huge, almost the size of Notre Dame of Paris, late Baroque parish church located in the fashionable neighborhood of Saint-Sulpice in Paris. The main attractions of Église Saint-Sulpice are the Delacroix frescoes in the Chapelle des Anges and Servandoni's rococo Chapelle de la Madone with a Pigalle stature of the Virgin. The church recently became a very popular tourist destination, thanks to its prominent role in the novel The Da Vinci Code, but still absolutely free.

Paris is undoubly one the most famous cities in the world, with well-known attractions and streets, squares and neighborhoods. Even people who never been to Paris, have heard names, such as Le Champs Elysee, Place Pigalle, La Tour Eiffel, Place de la Concorde, Arc de Triomphe. Even if you have one night in Paris, you will have to see these famous landmarks, and to see them is free. A couple of free places to see in Paris have to be mentioned specially. One is Montmartre, a bohemian district in Paris with famous The Basilique du Sacré Coeur. Eventhough Montmartre is full of great gastronomical experiences, which are obviously not for free, still there are things which you can do here that are not required any money spending. Besides the most fantastic views in Paris from Sacré Coeur, which were mentioned above, Montmartre with its cobblestone streets and picturesque slopes, art galleries, beautiful houses is very enjoyable for walking and free. Another fantastic place for walking and enjoying Paris is a path along the Seine. The river itself is a great attraction of Paris. Going through the center of the city, with old historical bridges passing over, the Seine is ideal for simple strolls and observations of some of Paris' top attractions and architecture. 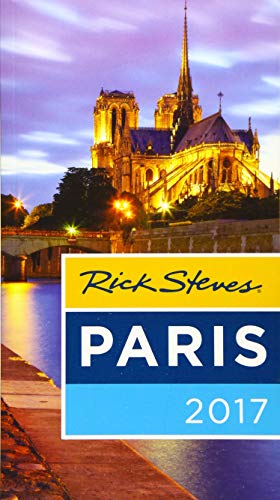 Paris has over one hundred museums, and eventhough most of them charge for visiting, some small museums and historical houses are free. That includes lovely Fragonard Perfume Museum with a wonderful collection of perfumery objects, located in a very beautiful Napoleon III town house. The house was built in 1860 and all decorations are entirely of that period. Maison de Balzac, which was the last of the Parisian residences of the writer Honoré de Balzac, is also free and displays the writer's personal souvenirs and paintings, original editions and manuscripts. In the Curie Museum, opened in honor of the lives and work of Pierre and Marie Curies, you can see an office and laboratory where they worked, as well as exhibits dedicated to the history of radioactivity. All Parisian museums are free on the first Sunday of the month.

Visiting local Paris markets is a great experience and also free. You can blend with Parisians and for a second you can feel like one of them. Fresh produce markets with great fruits, vegetables and sea food, flea markets with antique and hand-crafted jewelry. The largest flea market in Paris is the Marché aux Puces de St-Ouen-Clignancourt. This is the flea market with over 2000 stalls includes antiques, bric-a-brac, clothing, jewelry and just about everything else. Most of the flea markets, including the Marché aux Puces de St-Ouen-Clignancourt and La Porte de Vanves flea market (at Avenue Georges Lafenestre and avenue Marc Sangnier in the 14th), are held on weekends, while the fresh produce markets could be found in almost any neighborhood and most days of the week.

Most parks and gardens in Paris have free entry. The city has some of the world's fantastic gardens, such as Jardin du Luxembourg, Le Bois de Boulogne, Jardin des Tuileries and etc. Jardin du Luxembourg with impressive Luxembourg Palace, beautiful flora, fountains and statues (including one of Sainte-Gèneviève, patron saint of Paris) is one of Paris' most beloved parks. Located not far from the Sorbonne, on Paris' fashionable Left Bank, Jardin du Luxembourg is a magnificent, harmonious 25-hectare green oasis with tennis courts and spaces for playing boules. Le Bois de Boulogne is the city's most legendary and largest park, known to Parisians as "Le Bois". The park was landscaped by Baron Haussmann in the 1850s, using London's Hyde Park as his model. Formerly a royal forest and hunting ground, this 2200-acre reserve is crisscrossed by broad, leafy roads, home to rowers, joggers, strollers, bicyclists, games of pétanque (or boules), picknickers, and lovers. Once belonged to the Palais de Tuileries, which was burned down by the Communards in 1871, Jardin des Tuileries are among the most popular open spaces in the city and ideal for a picnic or leisurely stroll. The gardens were laid out in the 17th century and it is great quick walk-through from the Louvre to the Place de la Concorde allowing to avoid the crowd on the rue de Rivoli.