A Historic Garden of Shops and Services

So many unimagined places have emerged as top spots in Hubpages Travel Challenges that have included HubMob, HubTrail, and the HubPages Marks The Spot Contest, that I fully understand now when a friend's dad bought a small RV, equipped it with satellite TV and Internet, and traveled America.

He stayed perhaps 30 days in each place and through he'd never have enough time to see it all. He's probably still steering that RV along the National Road or Highway 1 in California, or th eopen and reconstructed parts of Route 66. I thnk that's what I want to do when I grow up.

Here we be havin' a dandy few streets in Baltimore, where there be real pirates t' fit the HMTS treasure maps. Avast! Here be inns, dandy fine saloons, scurvy Red Coats, buried treasure shops, and ghosts afoot. Don't be leavin' yer cutlass on t' ship... Thar be a Pyrate Invasion at least once a year - 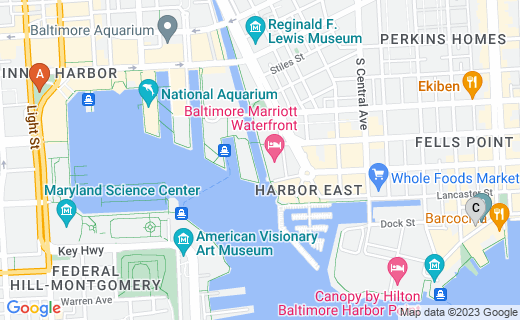 Did Edgar Allan Poe have his last drink here? Mystery writer and pub visitor Martha Grimes named one of her entertaining novels after this place.

This tour uses Baltimore's historic urban trail through three distincts: the Inner Harbor, Little Italy, and Jonestown. You will enjoy going past the ship USS Constellation, the Flag House, and the Star-Spangled Banner Museum. Also included are the Reginald F. Lewis Museum of Maryland African American History and Culture, the Carroll Mansion, and the Jewish Museum of Maryland.

The tour schedule for the day begins at 10:00 am daily.

Historic Fell's Point Trail
This tour happens only on Friday, Saturday, and Sunday at 11:00 AM and begin at the ticket center at the Fell's Point Visitor Center, 1724-26 Thames Street, a block from The Horse You Came In On and the Sound Garden.

The local Privateer Festival is held during the middle weekend of April every year. 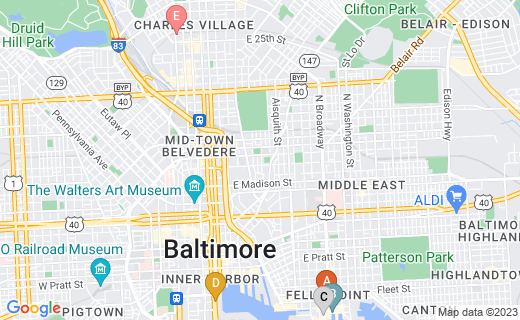 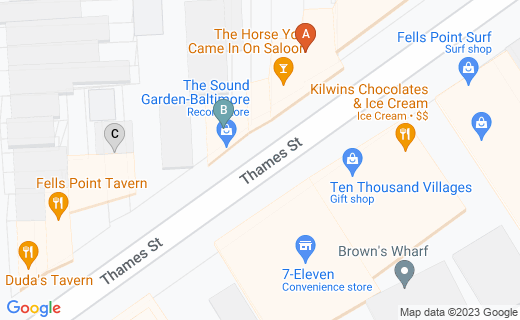 The Horse You Came In On

Ask about the local Ghost Tours.

What Is Fell's Point?

Many of the first US Navy ships were built in Fells Point shipyards, famous for topsail schooners with unmatched speed and handling. They participated in many battles at sea.

Always a lively harbor town to this day, many internationals immigrated here and found work. After the American Civil War, on to 1900, shipping and shipbuilding expanded and preservation societies arose to save the rest of Fells Point.  Enjoying festivals and parties all year, the neighborhood was founded in 1726 by William Fell. After 1763, when son Edward laid out a street system, the town grew into Baltimore. The area enjoyed a the wealth of tobacco, flour, and coffee into the 19th century.Today, the average household income is increasing and Fells Point has the largest concentration of bars in Baltimore.

An old friend and a new friend have been telling me about their experiences while living in Baltimore, Maryland. They agree that the people of Baltimore are fun loving, loyal to their city, and are proud of their local landmarks, shopping, and services. Home of the Baltimore Orioles and Ravens sports teams and the Sound Garden record shop, it’s a great place.

The Sound Garden is full of variety in music, films, and other media in 10,000 square feet of beauty. It’s in the Fells Point National Historic District by the Inner Harbor at 1616 Thames St. At 1626 Thames is America’s oldest tavern, now called The Horse You Came in On Saloon. It opened, according to different sources, in 1763 or 1771 - even 1775. One friend lived in Baltimore for many years and described the four-storey saloon where the British Redcoats drank before the American Revolution. “The Horse” is a lively place that been open ever since, even during Prohibition.

A bigger enticement to Thames St. may be the legend that Edgar Allan Poe (d. Oct, 1849) had his last drink in The Horse and haunts it still - a local Ghost Tour can tell you all about it. A memorable vacation might include the Inner Harbor, Poe historical sites, and Thames Street businesses.

Sound Garden is the Best Baltimore CD Store according to the City Paper each year since 1996. 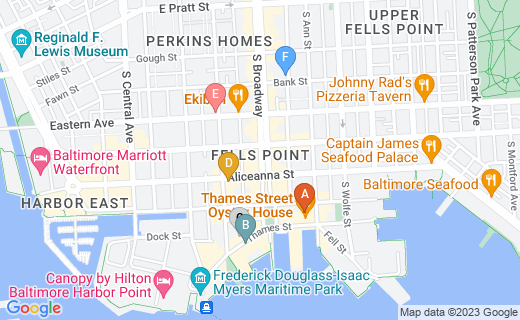 Privateer Day. Be a pirate.

Rockin' with Round the Clock Treasures at the Sound Garden

The Sound Garden carries new and used entertainment media. Their vinyl LPs are all new and they have a line of new DJ equipment. If you were a fan of the former Sam the Record Man store in Toronto or didn’t have a chance to visit before it closed, then you must visit the Sound Garden.

This is probably North America's best, largest, most innovative store full of good music/films/games. And they enjoy their customers -- Staff provide good service and good answers to questions; and if you are looking for rare CDs or DVDs, give them a call at (410)-563-9011; they delight in Special Orders and tracking down rare gems of entertainment.

Any time you walk into Sound Garden, you see additional merchandise going up, because items are accepted and stocked nearly around the clock at both the Fells Point and the Syracuse NY shops. The décor is bright and colorful, with T-shirts and posters on the walls and for sale among other gift items.

Sound Garden pays "the highest rates in America" for used CDs in good condition, rates listed on their web site. Prices on some HOT new CDs has been lower than at other stores as well. Open late, the shop provides a list of local concerts and shows and is the hub of the music scene of Maryland, Virginia, and Washington DC.

Sound Garden is the Best Baltimore CD Store according to the City Paper each year since 1996 (the third year after opening). A part of the reason for that is the large number of in-store appearances on stage from top musical artists. In fact, you may see people lined up to see them. This has happened when performers like Ludacris and the Goo Goo Dolls played the shop. A long list of other appearances are found on the store's website.

The Sound Garden is a big part of the Downtown Waterfront revitalization of Baltimore, drawing over 20,000 customers weekly. It's more fun to go there than to download a song from iTunes at home. If you're unsure of a choice, you can listen on one of the audio stations around the store.

This is about as close to perfect as a record store can achieve. Suburbanites are flocking downtown to shop at Sound Garden in growing numbers, so the Waterfront music landscape is the big draw to Downtown Baltimore.

While the large chains like Media Play and Sam Goody fall by the side of the road, independent Sound Garden takes a firmer hold on the music scene - and not only customers. Sound Garden is in touch with recording artists, record labels, local clubs and concert venues, DJs, and everyone important in music. Owner is long time Fells Point resident Bryan Burkert, a Gen-X'r who also owns Fletcher's Bar just blocks away. More fun - the live music acts playing there often stop in at the Sound Garden. Icing on the cake is that Mr. Burkert has a good relationship with local Baltimore 98 Rock FM. On top of that, The Horse You Came In On provides live music 7 nights a week, so there is music everywhere in the neighborhood.

Speaking of cakes, Sound Garden recommends Charm City Cakes and the Ace of Cakes TV show on its list of community go-tos. Some other awesome places are listed below.

How about a Baltimore vacation? It could include the Inner Harbor, The Horse, Fletcher's, Sound Garden, Edgar Allen Poe's Grave, and big Ghost Tours. You might even like a tattoo from Saints and Sinners and a custom cake from Charm City Cakes as a send-off. October would be a good month, especially if you're seeking Edgar's ghost!