And so my friends have persuaded me yet again and it looks like we're gonna be heading to Boracay island this coming May. This is, of course, "peak season" as people would call it because it's summer here in the Philippines and most hotels are fully booked. So I decided to write an article to show you guys that it's actually not as expensive as you think. In fact, I could even say that it can be cheaper than other local trips you might have planned.

I personally don't have so much budget to spend on the trip and that's what made me decide to write this article. It'll be nice to share my experiences and tips on how to make your Boracay trip really cheap but at the same time still really fun and fulfilling. This is, of course, intended for the young and adventurous. If you're planning to travel with kids or with boring people, go find yourself a different travel guide.

At first, I didn't even want to go because I really need to save up and put an end to my deficit spending. Today I realized that I should never pass up an opportunity to be with friends in that lovely island. Boracay has always been so close to my heart. It's never been about being their in that island per se, no it's not just the place. It's really more of the moment in time, the people you are with, and how willing you are to surrender to the experiences our planet has to offer. If you have this mindset, anywhere you go can be paradise. But again, it doesn't have to be expensive. So here are my dirt cheap Boracay travel tips for the frugal traveler!

Of course, travelling by boat is ideally one of the cheapest ways to get there. There's the "Roro" bus ferries. I've never really tried that but reports tell me that it's around 900 one way. 600 to go to Mindoro from Manila then another 300 to go from Mindoro to Caticlan.

There's also the big private ferries. I tried that during my first ever trip to Boracay. It was around 15 hours of travel or probably more, if I remember correctly. It's actually pretty fun if you're with friends because you get to hang around the boat and eat or have a few drinks.

Surprisingly, I'd recommend travelling by plane. I do believe that flying is one of the greatest expressions of freedom. Honestly, if the "Roro" boat is 900 for one way, for just by adding a bit more, you can actually fly already! My ticket last February was actually just Php 2,100 (around 50 dollars) and that's already all-in for a two-way ticket for Manila to Kalibo and back. And we just booked that around a month earlier. Imagine if we only booked earlier, it would have been way cheaper!

And the idea here is that you travel to Kalibo and not Caticlan because Caticlan tickets are usually way more expensive. From Kalibo, you ride a van or bus (it would cost around 200+ Php) and travel for 2 hours going to Caticlan port. It's actually pretty fun and at the same time you get to see the province of Kalibo. If you like oysters, you'll surely love the bucket full of oysters for just 50 pesos that I featured In my video of the Kalibo festival.

Important reminder: the boat schedule from Caticlan to Boracay island is 5am to 10pm. During one of our trips, I actually got stranded in Caticlan port but it wasn't that bad because we got to meet a lot of people. There's an Andok's branch right outside the port plus there's also a sari-sari store nearby. I've always had this idea that you can actually fly at night (tickets are so much cheaper when you leave late at night) and then just hang around outside Caticlan port and wait for the next boat trip the next day at 5am.

Me and my friends go to Agoda.com to book our lodging. On that site, you can actually filter hotels, hostels, and guest houses by price and ratings. It's really helpful for checking the availability of dates and to check for prices. If you're really planning to go really cheap, I've seen hostels that go for around 400 Php a night. Again, the important thing here is that you book super early. You have no idea how cheap lodging can get if you only book really early.

White beach is actually divided into three parts: station 1, 2, and 3. Station 1 is the more chill and quiet area. Station 2 is what I personally recommend as it is central and near all the places you'd want to hang out in. Station 3 is sort of like station 2 as well. Be sure to keep this in mind when booking your ticket.

Boracay is actually a really big island with a bunch of other beaches and locations for lodging. If you really want way cheaper lodging you can consider the other locations. White beach will always just be a tricycle ride away anyways.

There's so many cheap places to eat in when in Boracay but one of my most favorite would be Andok's Dokito Frito and Pork Charap. It's around 50 Php only and it's really good. I highly recommend it especially after a long night out in Boracay.

There's also Budget Mart at the back of D*Mall (along with tons of other stores) where you can buy food and drinks for really cheap. If your hotel is one of those that allow you to cook, you can go to D*Talipapa and get some fresh seafood from the public market.

There's also the barbecue vendors that open in the afternoon that sell a variety of grilled stuff like isaw (chicken intestines) for only 10 pesos. You can also get the ever popular longganisa or chorizo burger in these places.

For your drinks, you can see that I have posted photos of my favorite local places to hang out in because of the really cheap drinks. My personal favorite is Bom Bom bar. I'm not really a big fan of clubs and like it more chill. Bom Bom bar is a reggae bar that has buy one take one drinks from 2 to 8 pm. 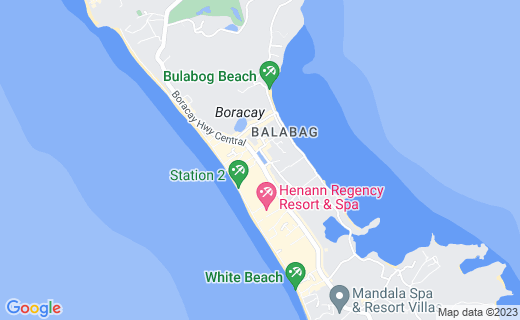 I'm actually looking forward to going again in a few days. My understanding is that the sandbar shows up during the afternoons when it's summer instead of morning. I'm not entirely sure but when I was there for the first time I went during the end of March and the sandbar was there during the afternoon. It was really entertaining to watch the local kids do tricks on their skim board on the huge puddles of water during low tide.

Did I miss any other cheap stuff you can do in Boracay? Feel free to share your ideas on the comments below! What are you waiting for? Let's go to Boracay!

At home, he's a tourist