Ever wanted to travel long distance to Barcelona by rail? Me too. For years I've had this trip on the backburner - until recently. Now I can bring you closer to the dream with fresh advice and some essential tips. If you're thinking of starting from London or any other part of the UK then you're covered. Just read on for the latest information.

From my local station out in the sticks of Yorkshire (UK) right down to beautiful Catalonia, in three easy stages. With high speed trains and slick operators the journey is possible in one day - if you set off early enough.

Not only is rail travel clean and green it allows you to really relax. I love nothing more than to sit next to a carriage window and watch the world fly past, novel in one hand, cup of tea in the other.

On the Eurostar, once you've snaked out of London's suburbs and zoomed through the greenery of Kent you're under the sea in minutes. In the time it takes to down a coffee and re-run the Mission Impossible scene (with Tom Cruise on top of the train) you break free from the dark, blink your eyes and hit the brightness of northern France.

This is where the train picks up speed! Within the hour you're close to Paris. Time to put the novel away and think about a hotel room and taxi! Or, if you're on a budget, time to get hitching a lift and thinking about those holes in your tent!

If you have a fear of flying and don't fancy a long haul driving schedule then take the Eurostar. You may have to pay a bit more but the stress free atmosphere will more than make up for it.

You can find out about tickets and prices here:

Advice : How To Book Your Tickets

I did all my booking online and it worked out just fine. The earlier you book the cheaper it can be and the more choices you get. You can receive your tickets:

The company I dealt with were raileurope and they were very efficient and friendly. Tickets arrived through the post the day after I booked.

We caught the Eurostar train from London St Pancras, which is just a short walk across the road from London King's Cross, of platform 9 and - three - quarters - to - Hogwarts- fame. Be careful as you cross because there are loads of taxis and other cars shooting around.

If you have a few hours to spend in the capital and don't want to splash out too much money I recommend a bus ride down to the River Thames.

There's often some form of free entertainment down there - especially on the South bank - but the river walk alone is worth doing. You get a wonderful view of some very iconic buildings.

Eurostar services are frequent and fast but tend to be very popular! So expect the terminal to be busy, almost as busy as an airport, at peak times. You'll have to go through security checks too and that means your bags and belongings may be searched if the x-ray machines spot anything unusual.

The process is pretty quick though and you'll soon be snugly seated in your reserved carriage seat, listening to the instructions in two languages, getting ready for a journey that'll take you through the Garden of England (Kent) and under the North Sea!

The Taxi in London, Paris and Barcelona

If you are in a small group and have lots of baggage with you then a taxi from station to station or accommodation is a must. They are convenient, clean, relatively cheap and always available. Just follow the signs when you leave the train and wait in the queue.

Barcelona is slightly less expensive than Paris, and London offers the best value of the three. London taxi drivers don't expect the fare to be rounded up if they help you out with the baggage!

Travel On or Stay Overnight in Paris

You can choose to travel on when you reach Paris Nord (otherwise known as Gare du Nord). All you have to do is get to the Gare de Lyon for your connection. A taxi is easiest or if you want to experience underground travel go for the Metro. You can go to their website:

If you have time you can also get the bus which takes a little longer but you do get to see some of the magnificent sights of the city.

We decided to stay overnight in Paris and booked a triple room at a 3 star hotel close to the Gare de Lyon. There are dozens of hotels in this area, as you'd expect. All 3 star hotels are comfortable but 2 star hotels can be close to the edge, so be careful what you go for.

After a good nights snooze we walked the short distance to a breakfast cafe and enjoyed petit dejeuner before catching the train as Paris went to work. Tres bien monsieur.

The french waiter was classically dressed, in dark shirt, black trousers and white apron. We were sitting outside at one of his tables near the Gare du Lyons waiting for our connection to Barcelona.

He sang a snippet from a Beatles song as he approached. 'All you need is Love'. He was very chirpy. I think he could detect our Englishness. So we sang the song back to him.

Love is all you need, plus French breakfast. Fresh bread, coffee, croissants, juice and something to spread.

The Louvre - one of the world's biggest art galleries. Worth the queue and entrance fee.

Shakespeare and Company Bookstore - atmospheric shop crammed to the ceilings with books of all kinds. Browse for hours.

Champs Elysee - the boulevard to be seen on in Paris. Go shopping or just walk up and down bemused. Best if you like crowds.

If you want something special to eat or to buy:

Overnight Sleeper back to Paris

You can take the Treinhotel - a classy overnight sleeper train - from Barcelona's Estacia de Franca, which runs each day.

Just make sure you make it to the right station - not Barcelona Sants - and prepare for a relaxed return journey through the night.

Onward From France to Spain and Barcelona

The French railway company SNCF operate the trains to the Spanish border town of Figueres Vilafant, where the Spanish rail company takes over - RENFE. The change takes 15 minutes. All you do is hop over to the RENFE train and secure your numbered seat.

Our journey was smooth and without incident. French railways are renowned for their speed, comfort and what might be called efficient beauty. In a nutshell, they are world beaters when it comes to laying track and putting an engine on top. Legend has it that a tolerance of a mere 1mm alignment is allowed for the TGV routes. I call that attention to detail.

Little wonder the countryside, and time seem to stand still at peak speeds. Gone are the days of bystanders waving cosily at the tank engine as it chugs under the old stone bridge.

Nowadays all they can wave at is a pastel coloured blur caught up in a smooth whooshing sound.

It was dark by the time we set off from Figueres. We heard much more Spanish from the new arrivals on board and the announcements now came in three languages - Spanish, Catalan and English.

Excitement grew as we flashed our way through Catalunya at 200 kmh, according to the electronic information board. The fastest we'd ever travelled on a train. Or was that back in France on the TGV, with speed limits of 302km/h? 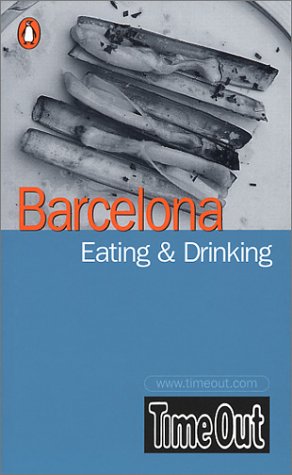 Barcelona has a completely contrasting feel as a city compared to London and Paris. You sense you're in a slightly exotic place - warmer temperatures, burning light, that Catalan language...and parrots and palm trees!

Green parrots were busy flying in and out of great dry palms on the Avenue de Roma as we stepped out of our hotel the next morning after breakfast (Desayuno por favor). It was quite a welcome.

Although our final destination was Santa Engracia, a tiny village in the Pyrenean mountains, we spent some time in Barcelona - strolling down La Rambla, the famous old quarter of the city, visiting several tapas bars, for food only!

La Rambla is one of the most popular places to go in Barcelona - for tourists and locals - and in peak times will be absolutely heaving with people! Buskers, school groups, old men out relaxing on the benches, demonstrators! As we were leaving a group of protestors set up their pitch, blowing on trumpets and setting off firecrackers!! It was mayhem. But it seemed all part of the show that is La Rambla. Life carried on as normal.

Barcelona is a great food city. The fresh food markets are magnificent, fresh fish being landed daily and all kinds of fruit and vegetables and unusual spices on offer.

It's a chef's paradise!

You can learn about Catalan food and dishes here:

Places To Visit In Barcelona

La Rambla - a beautiful old avenue that takes you through older parts of the city. Walk, sit, enjoy the music, the protests, the shopping,the tapas bars.

La Sagrada Familia - inspired by rock formations the architecture of this most famous of cathedrals will delight and puzzle you. An incredible building, a vision of Gaudi.

Els Quatre Gats Cafe - where the artists and thinkers go for coffee. Politics, culture, controversy are served up here.

Santa Maria del Mar - a church that made it into a novel 'The Cathedral by the Sea'. Concerts in this church said to have magical acoustics.

Parc Guell - a series of walking trails and exhibits in a park where art meets nature in a surreal and playful manner.

Passeig Maritime - walk along the coast, take in the sea air and have a drink as the sun sets.

You can find more things to do in Barcelona here:

Some common phrases in English, Spanish and Catalan

'Catalunya is not Spain' the taxi driver said to us as we questioned him about independence. The statement seemed to be final. He is not alone. In this large province it's estimated that over 50% of native Catalans want to break with Spain (Madrid) and go it alone.

You see the Catalan flag everywhere, often accompanied by Independencia! and other symbols of freedom. It's not a new pursuit. Catalonia has always been at loggerheads with the state capital Madrid, reluctantly giving up its taxes to the bureaucrats, who are seen as money-wasters. And as this latest recession bites deeper, the more the radicals want out.

The Catalan language is currently the language of instruction in all schools - Spanish is taught as a foreign language would be taught, with tests and exams - and is seen as a good model, although some think it controversial.

There's no doubting the strength of feeling over Catalonia v Spain. Some are serious about independence but many doubt it will become a reality whilst the Eurozone exists in its present form. 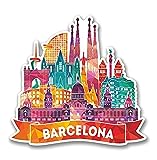 Help stop plagiarism. Contact the author if you think this article has been stolen.