I visited Budapest Zoo on a Sunday afternoon, in the middle of a two-week European trip. Honestly, it wasn’t high on my itinerary, but I was heavy with art and architecture overkill and back then, the Budapest Card offered free entry. (It still provides a discount nowadays) The zoo itself couldn’t be at a more convenient location. It was at Városliget Park, or the City Park, and was walking distance from Heroes’ Square and Széchenyi Baths. My intention then, have a look-see around the Zoo, maybe snap some cutesy pictures, then pop over to the famous baths for a long soak.

What would you know? I ended up spending the rest of the afternoon there. Budapest Zoo is a little older and more weathered than other zoos I’ve been to, but it’s expansive, with plenty of displays and animals, and had a sizable botanical area too. I started with the Madagascar Zone, and for quite a while was amused by every other visitor singing “Let’s move it move it” to the Lemurs. Once I had my fill of the many King Juliens, I moved on and found a rocky precipice. From a vantage point, I was able to snap several close-up shots of a perky polar bear. The furry darling was so eager to please as it frolic in the sun.

Things got hysterical after I wandered into the petting zoo area. The main highlight here was the pen filled with tens of goats, and it was quite a laugh watching the goats swarm squeaking kids, then get swarmed in return. Actually, I got hysterical myself. Two billy goats accosted me and started nibbling at my boot laces. On discovering that laces weren't exactly edible, they nearly tugged me to the ground in their attempt to yank the laces off me. They ended up snorting a lot, when I insisted on keeping my shoes intact. Luckily, they didn't protest too much when I proceeded to snap pictures of them.

Near to the goat pen was also a house with the most guinea pigs I’ve ever seen gathered together in an enclosure. My mum, who loves such pets, would have been delighted. I admit I couldn't stop grinning too, at the sight of them fussing over their food.

A short walk away from the petting zoo, majestic camels. You would agree with me that they look quite intelligent, and appear keen for conversation? Most of them were comfortable with visitors sticking cameras in their faces too. They just continue to chew and chew on whatever they had in their mouths. I guess they have long seen it all.

Budapest Zoo themes its areas by geography and in certain parts they do a great job of transporting you. You would certainly feel to be in South Asia while standing outside the India House. The overall open concept of display also allows visitors to get intimate with the animals. This was quite a relief to me for I brought only a 17-70mm lens. I was worried I couldn’t photograph close-ups of the animals decently.

Other than animals, Budapest Zoo has several thematic landscape displays too. These were beautifully done, particularly the lush greenery of the Japanese garden. The dry garden display was also very scenic.

The Champion of the Day

And finally, the champion of the day! I found this little thing in one of the thematic houses. It continued to snooze like Sleeping Beauty despite an entire row of tourists queuing to photograph it. And nope, it was not dead. It stirred and purred quite often. I nearly couldn’t resist tickling its belly!

A Longer Visit than I Intended

All in all, I spent over three hours at Budapest Zoo, having decided to skip most other attractions of the City Park. It was tiring, but a welcomed change from statues and paintings and frescoes. I’d recommend Budapest Zoo for any visitor to the Hungarian capital, particularly those with children. The best, in my opinion, would be to include it as part of a full day excursion to the City Park. This could begin with a stroll around the park and Heroes' Square, followed by Budapest Zoo. And when everyone is exhausted, end the day with a long, relaxing evening soak at the famous Széchenyi Baths. 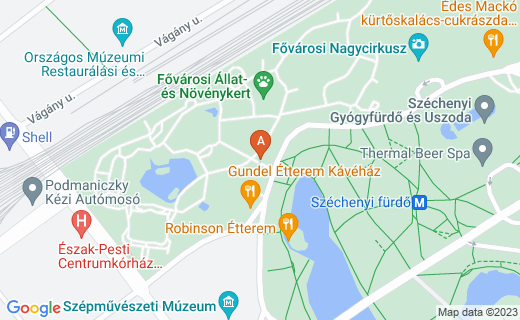 Would you visit the zoo when in Budapest?