Symbols of Canada - The Maple Leaf and Maple Syrup

When I think of Canada, one of the things that comes to my mind is the Maple leaf. I remember receiving from a friend who visited Canada a small bottle of maple syrup. I remember it as coming from Canada because the Maple Leaf, which is the most widely recognized national symbol of Canada, is embedded on the bottle. So, let me share in this hub what is there to know about the Maple.

The National Flag of Canada is also known as the Maple Leaf. It is a red flag with a white square in the middle where an 11-pointed red maple leaf is imprinted. The image of the maple leaf used on the flag was designed by Jacques Saint-Cyr. While the official colors of Canada as red from Saint George's Cross and white from the French royal emblem was proclaimed as such by King George V in 1921.

The final design of the Maple Leaf was based on the flag of the Royal Military College of Canada by George F. G. Stanley and John Matheson. When it was officially adopted and first raised over Parliament Hill in Ottawa on February 15, 1965, then Speaker of the Senate Maurice Bourget said "The flag is the symbol of the nation's unity, for it, beyond any doubt, represents all the citizens of Canada without distinction of race, language, belief, or opinion." This historic date is now celebrated annually as the National Flag of Canada Day since 1996.

Though the Maple Leaf officially became the national symbol of Canada only in 1965, many historians say that it began to serve as a Canadian symbol since the 1700s. An example is its use on all Canadian coins between 1876 and 1901. However, today, it only appears on the Canadian penny as two maple leaves on a common twig.

Aside from finding the maple leaf on the Canadian flag, it is now commonly used on logos of various Canadian based companies (Air Canada) and the logos of Canadian sports teams (Toronto FC soccer club). Canadians are also fond of wearing maple leaf pins and badges - a national symbol they are very proud of.

Maple syrup is a sweetener made from the sap of maple trees. The common maple species used is the Sugar Maple (Acer saccharum) because of the high sugar content found in its sap. The sap of other maple species can be used also but gives an inferior quality of syrup.

Before winter, these maple trees store starch in their stems and roots. Then, the starch gets converted to sugar and rises in the sap. During spring, the sap are collected from tapping the tree trunk. The collected sap is brought to the sugar house where it is concentrated by boiling to produce maple syrup. About 40 liters of Sugar Maple sap makes a liter of maple syrup.

Maple syrup is a perfect combination with waffles, pancakes and French toast. It can also be used as an ingredient in baking, making candy, preparing desserts, or as a sugar source and flavoring agent in making beer. 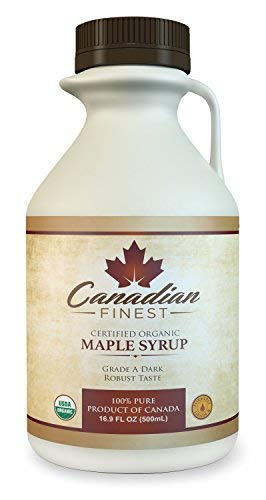 The maple leaf played a meaningful role in the history of Canada and the maple syrup continue to be a big contributor to the economic well-being of Canada. However, the Maple tree itself is not far behind in importance.

Maple trees contribute valuable wood products. Varying in hardness, toughness and other properties, maple wood is in demand for flooring, furniture, interior woodwork, and like products. Sugar Maple wood which is also known as "hard maple", is used for making bowling pins, bowling alley lanes, pool cue shafts, butcher's blocks, and even wooden baseball bats.  Maple is also a wood that carries sound waves well so it is also used in numerous musical instruments like the guitar.

On April 25, 1996, the maple tree was finally officially proclaimed as the national arboreal emblem of Canada. It is now being used as the official symbol when promoting Canada as a world leader in sustainable forest management.

More Information on The Maple from these Resources