A number of years ago while living back in my hometown of Rochester, New York and working in my first job which provided me with a two-week paid vacation, I teamed up with my younger brother and sister, who were also working in their first jobs, to take a road trip through New England and the Maritime Provinces of Canada.

We drove around New Brunswick and even drove past the Moncton Air Traffic Control Centre which I had been in contact with numerous times while flying as a navigator with the Wisconsin Air National Guard between Milwaukee, Wisconsin and Frankfurt, Germany. At that time, as I recall, the Moncton Air Traffic Control Center seemed to handle all air traffic over the western North Atlantic Ocean.

Entrence to the Fortress

We took the car ferry to Prince Edward Island and toured that, relatively small, province and then headed to Nova Scotia and Cape Brenton Island at the north end of the Province of Nova Scotia, where I especially wanted to visit the old French colonial fortress at Louisbourg.

However, when we visited, the reconstruction project begun under the government of Prime Minister John Diefenbaker in 1961 was a little more than half way through its twenty year project plan.

As a result, what we visited was mostly the reconstructed fort. But that alone was impressive.

Located on Cape Brenton Island, which was named Île Royale by the French who originally settled and colonized it, the fort occupied a strategic position helping to control the mouth of the Gulf of St. Lawrence which was the water route that led into the North American interior which was controlled by France in the eighteenth century.

Construction of the Fort was begun in 1719 shortly after the signing of the Treaty of Utrecht in 1713 which brought a formal end to the War of the Spanish Succession (known as St. Anne's War in the United States and was one of the series of colonial American wars referred to collectively as the French and Indian Wars).

In that Treaty France lost the Nova Scotia peninsula but retained Cape Brenton Island (Île Royale) and its other territories in North America.

Louisbourg: From Its Foundation to Its Fall
Buy Now

As with other military construction projects in history, the construction of Louisbourg encountered huge cost overruns leading King Louis XV, who had originally authorized the construction of the fort, to comment to his ministers that, given the increasing amounts of money being poured into the project, he expected to one day be able to see from his Palace in Versailles the fortress of Louisbourg rising over the western horizon.

Like Versailles, Louisbourg was another of the many spending projects that eventually drove France to financial collapse and the Revolution at the end of the eighteenth century.

Louisbourg During the French and Indian Wars

The building of the fort was completed just prior to 1745, a construction period almost as long as the 20 year project started two centuries later to reconstruct it as a National Historic Site, and was finished just prior to an attack by land and sea attack by the British Navy and New England militia in 1745 during the War of the Austian Succession (1740 - 1748 and known as King George's War in the United States).

The French surrendered the fort to the New Englanders on June 16, 1745 and remained in their posession until 1748 when the Treaty of Aix-la-Chapelle, which ended the war, required its return to France in exchange for France returning to Britain the British trading post they had captured from the British in Madras, India.

While the French regained control of both the Fortress at Louisbourg and Cape Brenton Island as a result of the peace treaty that ended the War of the Austrian Succession (King George's War), it became a target again during the Seven Years War (French and Indian War in North America).

This time a large British force attacked the fort by sea and, on July 26, 1758 captured the fort.

The Death of General Wolfe at Quebec

The fort was then used as a staging area for the attack on Quebec the following year in 1759. In the attack on Quebec the British forces under the command of General James Wolfe, who had commanded one of the three regiments in the previous year's attack on Louisbourg, defeated the French defenders commanded by General Montcalm. Both the British and French generals, Wolfe and Montcalm, were killed during the battle.

The defeat of the French at Quebec effectively ended French control of Canada and ended their presence on the North American mainland (the French were allowed to keep two islands in the Gulf of St. Lawrence, St. Pierre and Miquelon as well as some islands in the West Indies).

While the British armed forces were successful in defeating the French in North America, the war continued in other parts of North America and around the world.

The British Destroy the Fort

After using Louisbourg as a jumping off point for their successful conquest of Quebec and, remembering their experience in the previous war where they had captured and held the fortress at Louisbourg only to have the diplomats in their treaty negotiations give it back in exchange for a trading post in Madras India, the British commander at Louisbourg in 1760 ordered his engineers to blow up the fort.

This was intended to ensure that, even if Canada was given back to the French in the peace treaty (and there was talk during the negotiations over the 1763 Treaty of Paris of Britain giving Canada back to France and being allowed to keep the 1,789 square kilometer sugar rich Caribbean island group of Guadeloupe which the British also captured during the war) they would not have the fort for defense.

While Great Britain got to keep Canada following the 1763 Treaty of Paris that ended the Seven Years/French and Indian War was history - pile of rubble on Cape Brenton Island in Nova Scotia.

Fort is Gone But Memory Remains

However, while the fort no longer existed, its memory remained and once the dust of the war had settled efforts to preserve its memory began. In 1767, a mere four years after the signing of the Treaty of Paris and seven years after the destruction of the fort, a monument was erected on the site of the fort by the British.

In the two centuries following the erection of the 1767 monument, public and private groups placed monuments and plaques in the area marking significant points and their history. In the 1930s a museum was built and some digging exposed some of the ruins and streets for the public to view.

Following the 1961 action by the Canadian Parliament authorizing funding for the twenty year restoration project, restoration work began in earnest.

An interdisciplinary effort by scholars in various fields was started. Archeologists dug up and exposed ruins along with the recovery of a multitude of objects.

At the same time other scholars searched public and private archives and libraries seeking plans, drawings and other documentary material relating to the design, history and culture of the eighteenth century community of Louisbourg.

The result is a fascinating trip back into time set against the rugged natural beauty of Cape Brenton Island.

Entrence to the Fort 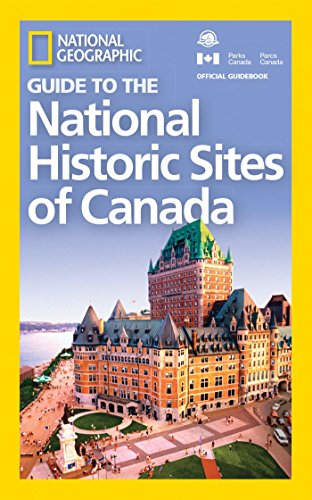