The city of Capua is not well known outside of Italy, despite its rich and fascinating history, location and sights. The city is thought to have been founded by Etruscans in around 600 BC and was called Capeva. The city is located 25 kilometers north of Naples in the province of Caserta in Campania.

The ancient city of Capua is now called Santa Maria Capua Vetere. The ancient city was destroyed by Saracens in the year 841 AD after which modern Capua was built. The Etruscan meaning of the word Capeva is "City of Marshes" referring to the geography of the area in ancient times. Capua became submitted to Rome in 338 BC.

The city became more important after it was directly connected to the Rome itself by the Via Appia highway in 312 BC. The gate in Rome called the Porta Capena is where the road entered the city from Capua. This was the only gate in Rome's city walls that bore the name of the city towards which it opened.

Capua rose to prominence in the 3rd century BC and was almost on par with the cities of Rome and Carthage themselves.

During the Second Punic War Capua wholeheartedly welcomed Hannibal and his Carthaginian army. The city defected to Hannibal against Rome in the hopes of gaining regional power for themselves at the expense of Rome. In 211 BC Roman troops took Capua again, and did not hesitate to punish the city for its defection to Carthage. Many citizens were killed whilst others lost their civic rights. The whole city's status was changed to become a State Domain of Rome, meaning it was ruled directly from the Eternal City.

Despite these setbacks, Capua began to prosper as a grower of grains and manufacturer of high quality bronze goods. Campania and Capua became famous for their gladiatorial schools, one of which was the home of the famous rebel Spartacus.

Campania saw an influx of new settlers by Mark Antony, Augustus and Nero.

As Roman strength waned in the first centuries AD, Capua was again to become a backwater. The city was almost totally destroyed by the Lombards in the 6th century AD. In 841 AD the city was burned to the ground by Saracens as was mentioned earlier.

After the city became a part of the Kingdom of Sicily in the Middle Ages it became nothing more than a minor town of a greater kingdom.

The city saw some fighting in the 1800s under Garibaldi, and voted to become a part of the newly unified Kingdom of Italy.

In the 1960s, 1970s and 1980s tens of thousands of refugees from the Eastern Bloc communist states called Capua home for months as they awaited processing. They were housed in a World War II prisoner of war camp just outside the city. Although conditions were not the best, and there were flare ups of ethnic tensions between different nationalities in the camp itself, refugees knew that this was the start of their new lives in the West. Breakfast consisted of bread and black coffee, and lunch was a plate of spaghetti every day. There were some incidents of the Italian residents of Capua getting into fights with refugees who visited the town, but nothing too serious. Many of the refugees were a source of cheap manual labor for local farms where many people picked watermelons for hours and either got the payment that was promised to them or didn't. Many times payment consisted of a big sandwich and a bottle of Coca-Cola, which was a rare treat after months of eating nothing but spaghetti.

Since the fall of communism the camp has been housing more and more refugees from the Third World (North Africans, Somalis, Afghans, Iraqis), and also quite a number of Albanians, who still see Italy as their way out of poverty.

Capua is well worth a visit if you would like to see a non-touristy part of Italy rich in history and authentic local flavor. 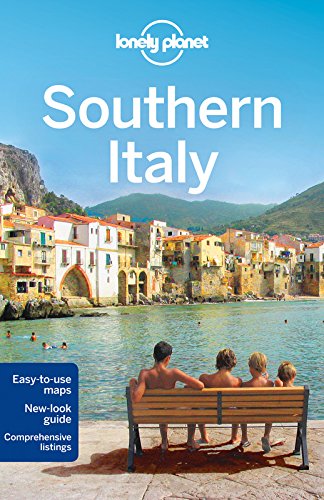