Carlisle And The Lake District

Hi there, if you have not read from my profile I come from the city of Carlisle in the north west of England directly ten miles from the Scottish border.

We have a beautiful city, that is steeped in history and becomes a tourist trap all year round mainly because the lake district is literally 20 miles south and west of the city, more about that later.

Carlisle has had many invasions and famous people visit throughout history some of our more known invasions are the romans, who built hadrians wall to keep the Scottish out, we have also had the vikings who burned our city to the ground, we have had Bonnie Prince Charlie here during the Jacobite Rebellion in 1746.

In our castle we had Mary Queen Of Scotts, the half sister of Elizabeth 1st of England, who was imprisoned here for a short time before she went on to to her beheading in another castle down south.

In our cathedral, Oliver Cromwell was said to have stabled his horses in the entrance of the cathedral as an insult to the church and such as he was known to do.

Our city has underwent some modernization but we still have a lot of the original buildings still in tact, we are a well known center for shopping as we have more shops than streets and an awful lot of pubs for meals and drinks at affordable prices which are really friendly. 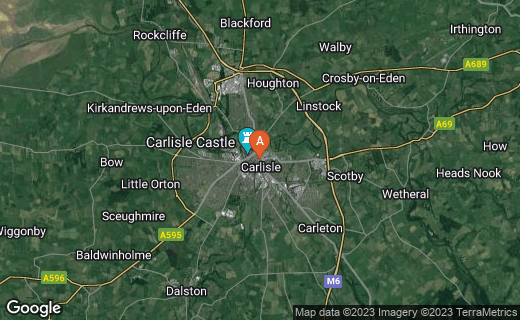 South and west of our city you will come to the lake district national park, which is one of the most beautiful places in our county of Cumbria, there are 9 lakes in total the others not mentioned are mainly rivers, tarns and meres.

In the lake district we are famous for the mountains or the fells as we call them here in cumbria ('fell' being a Scandinavian term for mountain) they are mainly the most striking features of the county other than the lakes, most of the tourists that do come to the lake district mainly go fell walking up the mountains and the valleys and the striking views that you get from the trails are breath taking, something we in this county take for granted.

If you do come to the lake district for a holiday some of the lakes have steam boats that go up and down the lakes to the towns that are set alongside the most famous is of course windermere as it is the largest lake in the county,

I hope you like this hub and do consider coming to the lake district for your next holiday believe me it is worth every penny. 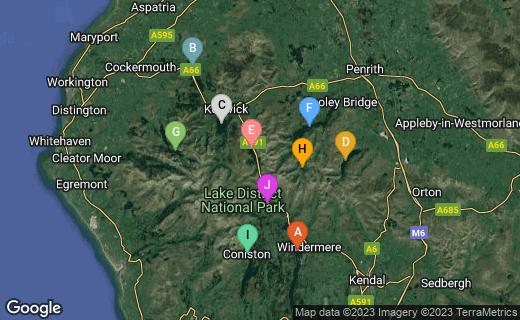