A restored mediaeval castle in the heart of France, the chateau de Chabenet is the most beautiful castle I have seen in the area. As soon as you cross the entry gates you feel transported to a fairy tale world where you can expect any minute to see your Prince charming arriving, riding his white horse to take you away to a "happy ever after".

Usually the Chateau de Chabenet is closed to the public as it is the property of a Swiss company. However, at least once a year they open the castle to the public so the ordinary Cinderella like me, can go in and dream for the day. Just imagine wandering around this magnificent castle with its fortified architecture, a perfect example of the Middle Ages. Walking along the battlements and parapets you will feel like a little girl again.

Like many other stone mediaeval castles, Chabenet's entrance is through a gatehouse. As you can see in the photo, the gatehouse is a structure made of two towers -one on each side of the entrance and one or more rooms above the entrance.

If you are looking for relaxation, all you need to do is enjoy the 15 hectares of castle grounds and woodlands. If you are a bit lazy and do not fancy a walk on the woods, you can just seat in one of the benches outside the building and enjoy life go by with the stunning panoramic views over the valley.

Château de Chabenet, A Fairytale Castle In The Heart Of France

There is a long history attached to the castle as during the Middle ages castles had a central role in the feudal, political and military system. Castles served as homes, barracks, store houses, prisons and administrative centres.

The Chabenet castle was built under the reign of King Louis XI the Prudent (1461-1483) by Josslin du Bois, Lord of Montmorillon and councillor of the King. The original Castle was a great fortress. Fourteen towers guarded the property and to be able to enter one had to cross two adjoining draw-bridges.

As many other castles, Chabenet has changed of hands many times. During "La guerre de la Ligue" (The Nine Years' War, 1688-97) to confront the expansionist plans of Louis XIV of France to extend the influence and integration of Catholic powers, Chabenet served as a meeting point for protestants. Unfortunately, this fact caused the destruction of a great part of the castle, ordered by Cardinal Richelieu.

There is a small chapel built in the 15th century. An indispensible feature of a castle, the Chapel is charming as it is full of light. You can access the chapel from the outside or from one of the halls in the castle.

Since 1927 The Chabenet Castle has been protected by the Heritage Law.

The Salon de la Chasse At The Chateau De Chabenet

This year after more than 6 months just admiring the outside of the castle from down the hill, every time I cycled nearby, I finally had the opportunity to visit thanks to the SALON DE LA CHASSE (hunting fair) which took place in the grounds on the 1st of June. It was a big fair, as hunting in this rural part of France is almost an institution, where people from all social backgrounds meet.

The fair was a presentation of hunting material which included an exhibition of major dog breeds used for hunting, as hunting is mainly done on foot and with dogs. Different stands held by hunting associations of the area showed the local wild fauna. Other stands showed different hunting methods and there was also folklore from the area.

I enjoyed a very lively chat with a few gentlemen at the "pest control" stand. They were trying to explain to me the importance of controlling the population of certain species which cause lots of damage to the agricultures and locals. They also explained that pest control is different to hunting -something I didn't know- Hunters usually look for deer, hares, rabbits and wild boar; while "pest control" is done mainly by specialists to control the fox, ragondins and other pests.

If you are visiting France and fancy a hunting trip, you can check here for licenses. It costs around 90 euros to obtain a permit (if you already have one from your country the origin). Notice that in France hunting insurance is compulsory.

Although most of the fair took place in the grounds of the castle, the castle was open to the public so we could admire the interior as well as the exhibition on transport.

Hunting Fair At The Chabenet Castle

Who Owns The Chateau De Chabenet?

Currently, the Chateau belongs to Hapimag. They have accommodated 21 rooms in the carefully restored castle and two apartments in the Orangery, so if you are a member you can spend your holidays here. Despite being a mediaeval castle, all modern comforts including a swimming pool, are available. The only inconvenience is that you need to have your own means of transport. Only bicycles can be hired at the castle and public transport is almost non existent. 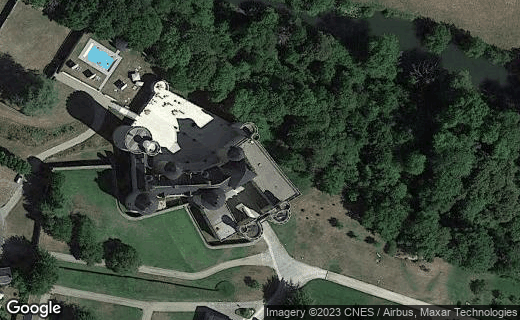 The Chateau de Chabenet was built by Josselin Du Bois Lord of Montmorillon during the second half of the 15th century. The castle was finished in 1741.

The Chabenet Castle and its Christmas market

Did You Enjoy Your Virtual Visit?