Places to Visit in New York at Christmas

Amelia has been writing online articles for over 10 years and has self-published several books. She loves writing fiction and non-fiction.

If you are a new traveler visiting New York, one picturesque way to see the sites is on a horse-drawn carriage ride. There are prearranged carriage rides that you can book, ranging from 45 minutes to 1 ½ hours, or standard, walk-up carriage rides for approximately 20 or more minutes. Carriage rides normally seat 4 adults, or 2 adults and 3 children.

Carriage rides are available all year long, but are extra special around the holidays.

During the day is the recommended time to visit Central Park in New York City. During the winter season, you can see visitors enjoying the skating rink located within Central Park.

Relax and take a scroll with other travelers…

…or stop by a snack stop and enjoy a soft pretzel.

Madison Square Garden is the world’s most famous arena. It is a multi-purpose indoor arena located in Midtown Manhattan in New York City. It is located between 7th and 8th Avenues, from 31st to 33rd Streets. Madison Square Garden is used for concerts, ice shows, and many other forms of entertainment. It is also used for athletic events including hockey and basketball games.

Be sure to visit and take pictures of the grand Christmas Tree at Rockefeller Plaza!

Each year, a tree, usually a Norway Spruce, is donated to the Rockefeller Plaza and proudly displayed. The tree goes up around mid-November, is lit in early December, and usually stays lit until January 7th. The minimum height is 65 feet, but the preferred height is between 75 and 90 feet.

The tree is recyled each year, and the 3 tons of mulch is donated to the Boy Scouts. The large part of the trunk is usually donated to the U.S. Equestrian team to be used as an obstacle jump.

If time allows, be sure to see the Empire State Building.

I have only seen it from the outside, but hope to someday take a tour of the inside.

The Empire State Building is located at the intersection of 5th Avenue and 34th Street, in New York City, and stands 1454 feet.

If you are in New York City during the evening, they have holiday light shows.

Take a look at the video below to see the Empire State Building Christmas Light Show from December, 2013.

A Visit to St. Patrick’s Cathedral

No trip to New York during the holidays would be complete without visiting St. Patrick’s Cathedral, located on 5th Avenue, between 50th and 51st Streets, directly across the street from the Rockefeller Center, in New York, New York. This beautiful cathedral is true landmark in New York City. It is an American Gothic style Roman Catholic Church, designed by James Renwick. It started being built in 1858, and construction continued for nearly 50 years until its completion.

On the official website of the St. Patrick’s Cathedral (www.saintpatrickscathedral.org), you can take a virtual tour, download a map of the cathedral, and view of schedule of tours. Free tours are held Monday through Friday for groups of 10 or more people. 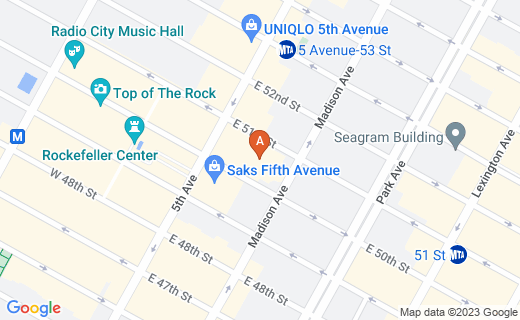 Have you ever visited New York City at Christmas Time?