The Day the Music Died

The clowns no longer laugh, the acrobats no longer soar, and the musicians no longer play. All is quiet under the big top, and yet, in immortal life, the circus lives on.

In Hugo, Oklahoma, in a place known as Showman’s Rest, the bones of great legendary circus performers lie in endless slumber, forever performing under the great timeless Big Top.

While those past performers lie in quiet slumber, the rest of the city celebrates their legendary past in a lively spectacle of clowns, elephants, and death defying stunts.

Visitors to Hugo, Oklahoma will find a rich spectacle of dazzling colors and dizzying performances. Children will watch with delight as performers practice their impossible feats of skill. Adults will be held spellbound as the show continues high overhead. It is a lively town full of history; a history that's more unique than any other town in Oklahoma.

Hugo, Oklahoma has been nationally known as a circus town since before the World War II. In 1937, inspired by his love for the big top, a local grocery store owner decided to do the unthinkable.

It was well known that the A1 G. Kelley-Miller Circus wintered in Mena, Arkansas during the time. Knowing this, Vernon Pratt, the store owner, decided to make the 80 mile drive from Hugo to Mena. Pratt, mustering every bit of courage he had, immediately set out to find the circus owner, Obert Miller. Pratt extended an invitation to Miller to bring his circus to Hugo, and much to his surprise, Obert agreed. In fact, Obert didn’t bring the circus to Hugo only for a single performance, but for good. The A1 G. Kelley-Miller Circus would become the first circus to call Hugo home, and a great many would follow.

Since 1937, more than 22 circuses have called Hugo home. Among those that have called “Circus City” home have been the famed Carson & Barnes, Stevens Bros., Cole & Walters, Don Karr, James Christy and Fairyland Circus. Recently, Culpepper & Merriweather Circus and Circus Chimera have joined that long list.

Because of the relatively level land, warm weather, and green grass, Hugo has remained one of the favorite spots in the United States for circuses to weather the winter months. Because of this, Hugo has been dubbed “Circus City”, and is currently home to three nationally known circuses: The Kelly-Miller Circus, the Culpepper & Merriweather Circus, and the Carson & Barnes Circus, the last traditional traveling three-ring big top circus in the country.

Towards the end of summer, the circus wagons roll through town as residents cheer them on. Strung across the main streets and hung from light posts are brightly colored banners welcoming the performers home. For those few short months in winter, Hugo officially becomes home to the second largest herd of elephants in the country. After a long trek across the United States, these legendary actors have finally come home, to Circus City, U.S.A.

Showmen’s Rest: Honoring those who have Gone Before

Most would not describe a cemetery as unusual, but unusual is an apt description of a most peculiar place in Mount Olivet Cemetery. Sectioned off by four granite posts topped with elephant statues, Showmen’s Rest is one of only two cemeteries in the country dedicated to circus performers.

After the death of his brother, Kelly Miller, in 1961, D.R. Miller bought all of the plots in a large section of Mount Olivet Cemetery. These plots were bought in order to honor circus performers, then and in the future.

At the front of this section, there is a huge monument topped by a dancing elephant. Under the elephant, an inscription reads, “A Tribute To All Showmen Under God’s Big Top.”

Scattered throughout the cemetery are little marble circus tents, carved elephants, clowns and high wire artistes, all hewn from stone.

One of the most remarkable gravestones is the one dedicated to Big John Strong. Entirely carved out of stone, it is a massive three-ring circus tent with Big John’s impressive figure etched into its face.

Even though the clowns no longer laugh, the acrobats no longer soar, and the musicians no longer play, the legacy of their days under the big top lives on.  They will always be remembered as the great performers they were, for their lives were lived in magic, and throughout the still markers of Showmen's rest, their magic lives on. 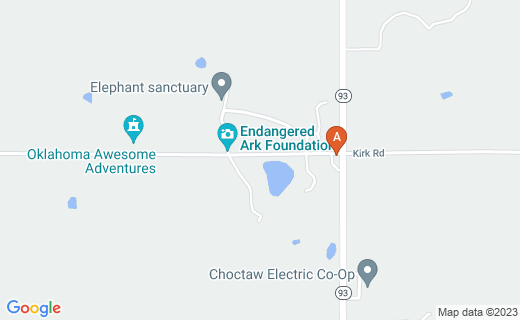