Citizen of Both Ireland and America

It's St. Patrick's Day and practically everyone in America claims to be Irish – at least for the day. Just wear a bit of green and join the party!

However, according to Fact Monster, out of the 300+ million people in America today, 30+ million of us are of Irish descent, making Irish-Americans the second largest ethnic group in America (at 10.8% of the population) after German-Americans (at 15.2%).

Among the 10.8% of the population that is of Irish descent are number who, though born in America to American parents, are entitled to citizenship in both countries. How is this so? The laws in both the U.S. and Ireland are very similar with the result that, through the accident of birth, people can find themselves legally being citizens of both countries. What is more, both countries recognize this dual citizenship under certain circumstances.

Dual Citizenship Has to be Granted and Cannot be Applied For

In the United States, a person risks losing their American citizenship if they apply for citizenship in another country. However, if the other nation grants citizenship, without a person having to request it, such persons can have duel citizenship and exercise many, but not all, of the rights that go with that citizenship.

Generally, voting in a foreign election, running for elective office or accepting an executive type position (such as an ambassadorship, a cabinet officer, officer in the armed forces, etc.) can result in having one's American citizenship revoked. Enforcing this provision is up to the authorities and they sometimes choose to look the other way as they did with Americans who joined Britain's Royal Air Force (RAF) or the Royal Canadian Air Force (RCAF) to fight Nazi Germany prior to America's entry into World War II.

Citizenship laws in both the U.S. and Ireland recognize as citizens anyone born within their borders (except for children born to members of foreign diplomatic missions and visiting heads of state) as well as children born to their respective citizens anywhere in the world. Both nations also generally don't recognize a person's renunciation of their citizenship and swearing of allegiance to another nation before an official of that nation as necessarily a legal renunciation of Irish or American citizenship. In order to officially give up their citizenship, Irish citizens have to send a letter of resignation of sorts to the proper office in Dublin. Americans have to formally renounce their citizenship and surrender their American passport to a Counselor Officer at a U.S. Embassy and, as I explained in a previous hub even this may not be sufficient if your motive is simply to escape having to pay U.S. taxes. As a result, a person emigrating from Ireland to the U.S. and taking U.S. citizenship, but who fails to officially inform the Irish government of this fact will continue to be considered an Irish citizen and that person's children and grandchildren will also be considered Irish citizens by Ireland. However, while the children and grandchildren can enjoy the benefits of dual American and Irish citizenship the parent, having renounced his or her Irish citizenship before a U.S. judge while taking the oath as an American citizen, cannot exercise their rights as Irish citizens (such as applying for an Irish passport) because, in the eyes of the Unites States government, that person formally renounced their Irish citizenship. 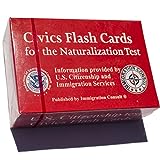 My Experience with Dual Citizenship

It took a few letters back to Ireland to locate the exact town and year (our grandfather either didn't know or didn't want to admit his true age but every document in the U.S. listed him as 3 years younger than his actual age) in which he was born.

There was a small window and procedure under which great-grandchildren could still register but my two brothers and other sister (all of whom had children) didn't feel like paying the $70 fee per application so they passed.

A few years ago my niece took advantage of a study abroad opportunity and spent a year attending a college in England. If my brother had taken advantage of filing and making his children dual citizens she could have legally worked while there. Instead, the pub owner who hired her paid her cash under the table and Inland Revenue was the loser.

Links to Some of My Other Hubs on Immigration and Citizenship

Some Advantages of Dual Citizenship

Before applying, I investigated and verified that Ireland had no military draft law and did not tax citizens living abroad, thereby making it safe to proceed.

What were the advantages beyond maintaining a link to our ancestral homeland being a conversation piece?

The idea of having an EU passport that allowed me to travel and work in the, now 27, nations of the EU without having to hassle with visas and work permits that are usually required to travel, live or work in a foreign nation was appealing.

Also, being familiar with the bloody history of the 20th century as well as having worked in both aviation and IT, two areas where backup systems are standard operating procedure, I felt that a costless backup citizenship might make sense for my descendants.

The biggest reason was probably the potential advantages it would offer to my children and me in the global economy which, even then was the apparent trend for the future.

Coinciding with starting the filing process, my then wife, announced that she was pregnant. This gave an urgency to completing the registration because my registration had to be on record prior to our son's birth.

At the same time I did not try to get in under the window for existing children as we had adopted our older son a couple of years before from Honduras and I was in the midst of obtaining American citizenship for him and feared that even if I could legally obtain dual citizenship for an adopted child it would probably be a wasted effort as, given the snail's pace at which the INS worked, we would probably get the Irish citizenship just before the American and then end up renouncing the Irish along with the Honduran when he became a U.S. citizen.

Things worked out, time wise, as I received confirmation of the registration on August 7th, a month before our son was born.

Ironically, except for once accidentally causing a plane I was navigating while in the Air Force to violate Irish airspace and a few years later spending 45 minutes in the coffee shop of the transient lounge at Shannon Airport during a refueling stop on a commercial flight from Chicago to Istanbul, I have yet to visit Ireland.

For another take on Irish Citizenship check out my Hub entitled How to Apply for Emigration to Ireland from india which I wrote in response to a Hubber's Request.on the Request section of HubPages.