Cleveland has been home to a number of firsts in power generation — Clevelander Charles Brush’s 1876 invention of an early generator, his development of the arc lamp two years later, and the installation of those arc lamps for city street lighting in 1879. 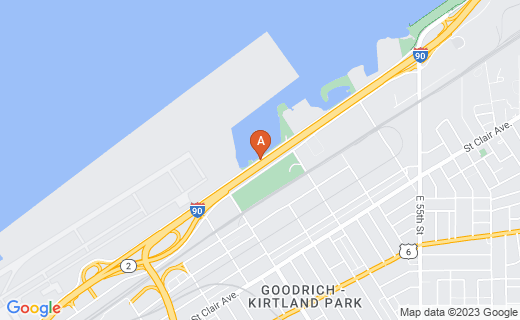 CEI grew strongly in its early years. It was the threat of monopolistic policies by CEI that caused Cleveland Mayor Tom Johnson in 1907 to create the Municipal Light Company, known locally as Muny Light. As a publicly owned power generation and distribution utility, Muny Light was intended to offer a public alternative to — and a price-and-service check on — the (presumably) potentially rapacious CEI. Muny Light and CEI remained staunch and obstreperous rivals throughout three-quarters of a century; it wasn’t until about 1980 that they finally reached a somewhat tolerant relationship of peaceful coexistence and market sharing.

That plant was the East 53rd St. Central Generating Station. At its completion, it was the nation’s largest municipal power plant, with a generating capacity of 24,000 kilowatts. Subsequent upgrades brought its capacity to 50,000 kW by 1925. With this growth of Muny Light, electricity costs for Clevelanders were driven to the lowest rates in the country.

In 1983, Muny Light took on its current name of Cleveland Public Power (CPP). It continues to offer Cleveland residents and businesses a cost-effective alternative to private power purchasing, and is primarily concentrated in the city's central core.

Artist Robert Wyland, renowned for his more than 100 large murals of whales around the world (he calls them ‘Whaling Walls’), created the scene that unfolds across the CPP facility. That scene, Whaling Wall #75, is titled “Song of the Whales” and measures 300 feet wide by 108 feet high. It was dedicated by Cleveland's then-Mayor Michael White in October of 1997.