Climbing Kinder Scout: A walk from Edale up Grindsbrook Clough

Looking up to Kinder Scout from Edale

Kinder Scout- The highest point in the Peak District

The English Peak District is a popular area for outdoor enthusiasts- particularly walkers. The highest point of the Peak District is Kinder Scout. A moorland plateau with the highest point at 636 metres. The peak has a dense history in the industrial North of England as it was the point of the Mass Tresspass in 1932 which led to a governmental rethink on rights of access to the open countryside.

The Peak District village of Edale marks the start of the popular Pennine Way which meanders across the Pennine Hills of England from Derbyshire and through the North of England. Edale is a favourite start place for walkers within the Peak District with a choice of hills to climb or meander upwards as well as a number of great pubs, campsites and guesthouses (bed and breakfasts).

In the centre of Edale you'll find the Old Nags Head 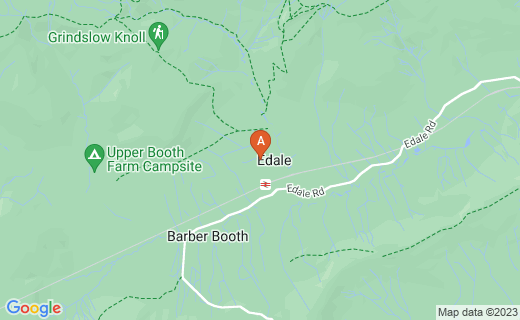 From Edale you have two options for climbing Kinder Scout.

Go West on the signposted Pennine Way which is a moderately challenging climb. This route heads directly north from Edale up Grindsbrook Clough which is a more difficult and challenging route which is not recommended for inexperienced walkers or those with young children.

The path up Grindsbrook heads north out of Edale up the lane aside the Old Nags Head Public House and 'Hikers bar'. The lane carries on for a short while before taking a right turn to drop down and over Grinds Brook.

Tips for responsible walking in the Peak District

As you may be aware, our countryside is an often sensitive environment and to ensure that we can look keep our countryside for many other generations to enjoy it's important to follow a number of recommendations.

Looking back down the trail towards Edale

The going starts to get a little more challenging

The path meanders side to side across the brook

Looking back on the climb while getting your breath back

The Views From the top. Kinder Scout- Upper Tor

Looking up to Grindslow Knoll back to the South

The Pennine Way is a long distance path which starts in Edale, heading over to Barber Booth and then travels over the Pennine's. The Peak District forms the southernmost point of the Pennine's which make their way up to the North West of England. It can make a fantastic long distance walking trip through the seemingly remote Pennine Hills despite the fact that you're never quite far away from civilisation.

Looking Down on the Pennine Way

Dropping down towards the Pennine Way

Walkers making their way along the Pennine Way

Head left at Edale Cross to join the Pennine Way

Heading back to Edale via Jacobs Ladder

Heading back along the Pennine Way

The path hits a farm en route with a fantastic stool

The final Pennine Way signpost before Edale- you're nearly there