Coco Joe's was located in Punaluu Hawaii was a maker of Lava based resin souvenirs sold in Hawaii. The company was started in the 1950s and was at its peak in the late 1960s, and continued through the 1970s, and into the 1980s before going out of business. The original company is long out of business. The Coco Joe's black resin pieces were made from lava. The lava from the Hawaiian Islands was pulverized and mixed in with the resin to create these works of art that the tourist just loved to take back home as souvenirs. These finely crafted pieces of Hawaiian art are very popular to collect today, and it is an inexpensive way to have a hobby and learn something about the Hawaiian culture and beliefs.

One Kanaloa and two Lono Tiki's,1960's Coco Joe's of Hawaii

In the video above you have Kanaloa and two Lono Tiki's, these were made in the early to mid-1960s by Coco Joe's of Hawaii for the "Legends in Lava" collection. The Kanaloa Tiki was made in 1967. Kanaloa Tiki shows remarkable artistic talent in its detail that only Coco Joe could bring out in a piece made from Lava. The Lono Tiki with the flower was made in 1967; this is also a masterpiece of craftsmanship in the details and care in the design. The other "Legends in Lava" is much older and made in 1964. This piece is Lono, he was known as lord of the sun and of wisdom on the Hawaiian Islands, Lono caused the earth to grow green and produce fruit and food for man and the animals that shared his world. Also Lono was the god of medicine; he had a particular interest in keeping herbs healthy and medicinal plants flourishing for the humans of this world. Lono was the god of peace who also presided over the makahiki season when war ceased and taxes were paid to the ali'i. Kanaloa, Lord of the Ancient Ocean ... Kanaloa ruled over the oceans and was responsible for the southern Pacific Ocean health and the creatures that live within is depths. As such, he was god of seamen, sailors, and lord of fishermen and provided the health of the oceans. He was invoked to calm the seas by many Polynesian fishermen. Little is known of Kanaloa except he could dwell with men and would watch over them. He is always described as Kane's constant companion who, together, loved bananas, and the fruits of the islands of the south Pacific. He loved to consume `awa (kava-kava) with a passion, and unfailing finders of inland fresh water sources for the people of Hawaii and other Polynesian lands. It is said that Kanaloa's breathing causes the waves to ebb and flow on Hawaii shores and that the mountains obeyed his voice.

One Kanaloa Tiki and two Lono Tiki’s made from Hawaiian Lava.

In Ancient Hawaii there was great beauty.

I cannot understand why anyone would not find ancient Hawaii history and art interesting. In ancient Hawaii there was great beauty, from the flowers to the people of the islands. The world of Tiki’s was also there with fascinating piercing stares, and knowing eyes and those frightening menacing grin that seems to let out a loud ancestral roar to people of our time. These Tiki's and the people of those times speak of an enchanted ancient land through a wooden or stony-lava disposition of the unknown distant past that is hard for us to look at without wanting to know more about these people and their rich heritage. Coco Joe was a master at capturing this magical past of the Hawaiian people. 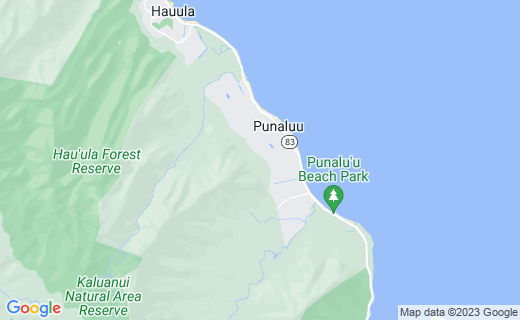 Each piece was exclusively designed and made in Hawaii.

Coco Joe's was famous for their pieces sculptured in Lava erupted from the once fiery depths of ancient Hawaiian volcanoes, the designs were always from Hawaii's colorful past and were original creations of solid, stone-like quality - extremely well figured with care and love and with highly detailed features. Coco Joe located in Punaluu Hawaii was a maker of resin souvenirs sold in Hawaii. The original company is long out of business. The Coco Joe's black resin pieces were made from lava. The lava was pulverized and mixed in with the resin. Each piece was exclusively designed and made in Hawaii. Created with lava that erupted from the ancient island volcanoes; the same kind of volcanic lava from which the Hawaiian Islands were formed from many years ago.

Coco Joe would Capturing the Past of the Hawaiian People.

Carving is one of Man Earliest known Forms of Expression.

Carving is one of man earliest known forms of artistic expression; a 25,000 year old stone statue has been found the Polynesian like “Venus of Willendorf” of Lower Austria. Across the ancient world carved idols blossomed in the early days of man’s civilizations. From the pagans of Northern Europe to the totems of the American Indians in the Pacific Northwest, the Tiki's styles flourished, grew and even could be found in the South Pacific among ancient Polynesians people of Hawaii. Thinks to the craftsmanship of Coco Joe and other Hawaiian artist, this legacy can be shared to people of our generation.

Hawaiian Decorations are Popular in Homes.

In this new century the Hawaiian culture began to enjoy a new resurgence. Polynesian and Hawaiian decorations have once again become popular. It is now cool to have ancient Polynesian artifacts in your home and to collect them. Many collect objects of the Tiki kitsch culture due to their nostalgia appeal, it is a way for man to forget his problems amongst the vintage Coco Joe’s works of art from a happier times and memories of warm sweet breezes under a tropical moonlight, and bamboo torches showing the faces of Hawaiian Tiki’s hidden in lush canopies of flowers. Others have a genuine interest in the history of the Polynesian culture. Many feel a connection to their internal tribal roots when looking at these items made of Lava. As Coco Joe would say "The life of the land you can hold in your hand".

In the video above we have four vintage “Coco Joe's of Hawaii - Legends in Lava" made in the early 1960s. One is an eight inch Vintage Hawaiian lava King Kamehameha Coco Joe's Hawaii #134 Coco Joe's. Made from Hawaiian Lava! The Life of the Land you can hold in your hand... and then there are two vintage Hawaiian Tiki’s made by Coco Joe. One is dated 1964, its 4 5/8" tall. The other is 5 1/2" tall and an original vintage "Legends in Lava" Coco Joe's Bust Figure of Hawaiian King Kamehameha, made in the 1960s, Dimensions: 4 1/2" high. Sculptured in Lava erupted from the once fiery depths of ancient Hawaiian volcanoes, the design from Hawaii's colorful past is an original creation of solid, stone-like quality - extremely well figured and with highly detailed features. Coco Joe was world know and was located in Punaluu Hawaii was a maker of lava based resin souvenirs sold in Hawaii.

Legends in Lava only from Coco Joe's.

Before, during, and after the Second World War the America people became enraptured with the beauty of the South Pacific Islands of Polynesia and the popularity of artwork of the Polynesian culture became an obsession. This romanticized love of Polynesia grew in the American culture and artifacts and Tiki’s began to appear in people’s home décor. The Lava Master pieces of Coco Joe became as popular as the exotic sounds of Arthur Lyman’s Taboo, and Yellow Bird Polynesian-Hawaiian music that was in fused with jazz, the musical South Pacific was performed in theaters throughout this era of the high Coco Joe Tiki culture.

The photo below is a bust of King Kamehameha he was a very striking figure and important in Hawaiian history, Kamehameha was the leader who united and ruled the Hawaiian Islands during a trying time of great upheaval and cultural change. Kamehameha was originally named Pai’ea was born into the royal family in North Kohala around 1758. Kamehameha's mother was daughter of the Kona chief. Because of warfare at his birth, Kamehameha was taken away and safely hidden right after his birth. He returned to Kailua when he was five years old. He receive special warrior training from King Kalani'opu'u, his loving uncle. This training helped him later in life to unite the Hawaiian Islands into one nation.

The Hawaiian Islands are made from Basalt.

The Hawaiian Islands are made from Basalt which is solid lava and related rock types like andesite and dacite. These are rocks that are form when volcanoes eruptions would produce large amounts of surface magma in streams of molten hot lava onto the surface of the Hawaiian Islands in ancient days before man arrived. Then magma cools. Fresh basalt from Hawaii is black and hard and sometimes the glassy surface of fresh basalt brought back to the mainland is mistaken for a meteorite that some has found. The beautiful artwork that was produced by Coco Joes used the best glassy basalt in their creations. Generally it is pulverized to a fine black shinny power and then mixed with a very hard resin to make an incredibly strong lasting rock-hard creation of lasting beauty.

This is a photo of Hawaiian Basalt.

Pele Goddess of the Volcanoes

In the photo below is a work in lava by Coco Joe of Madam Pele, who was the Goddess of the Volcanoes. As the old Hawaiian legends tell us; Pele the Goddess of Fire was the Volcano Goddess. She rose from the ocean depths in a wreath of fire and lava to create her own domain which is now the fair islands of paradise know as the Hawaiian Islands. In the now too distant past, only the fairest of maidens would be sacrificed to her molten pyre to appease her displeasure. Today she remains an awesome figure whose display brings both tragedy and wondrous beauty to Hawaii. The volcanoes of Pele have created Hawaii which is the largest mountain on Earth, rising six miles from the ocean floor.

Coco Joe's lava creations of Pele through close study revels two facets of Pele's personality; one the evil, wicked hag, and the other the sweet native innocent maiden girl. Many claim sightings of her in one of her forms usually mingling in crowds only to suddenly disappear. The sighting always process an eruption.

Coco Joe's Loka Rose Lava Statuette made in Hawaii in 1964

Another Photo of Stacy Johnson, Kanaloa Tiki's by Coco Joe's

Coco Joe "Kino Nani" She is Sculpted out of Lava

The Side Profile of the Hawaiian Coco Joe's, Hawaiian Princess

The Bottom side of the Hawaiian Coco Joe's, Hawaiian Princess