Nature is great. On having a close look at the picture on the right one may get an impression that it has artificially been constructed. But this is an outcome of nature's fury which culminated into a unique geographical structure. There are many examples on this earth where the lava flown out of n volcanic eruption accumulated at some place and formed amazing column-like structures which human being now watch with awe and are developed into great geo-tourism resources.

Such geographical formations are known as Columnar Basalt and one needs to watch the video of National Geographic to understand the process and magnitude of such acts of nature.

These structures are subject to weathering since centuries and are likely to be eroded further.

When a thick and hot lava flow cools rapidly, there are contractions which result into formation of columns. Depending upon the rate of cooling different sizes of columns are formed which are polygonal in shape. Many a times these are hexagonal but other shapes with varying sides are also formed.

A portion of the symmetrical formations on the right gives an impression that polygonal giant joint columns have been constructed artificially, but, in fact, this an act of Nature.

#1. Giant's Causeway - The only World Heritage Site in Northern Ireland

As a result of volcanic eruption about 50 to 60 million years ago, this UNESCO World Heritage Site is one of the most attractive sites for the tourists. Located in County Antrim, this natural beauty has around 40,000 interlocking hexagonal basalt columns, which according to the Irish legend is a causeway built by a giant.

The location is also popular for sea birds like razorbill, redshank guillemot and fulmar. 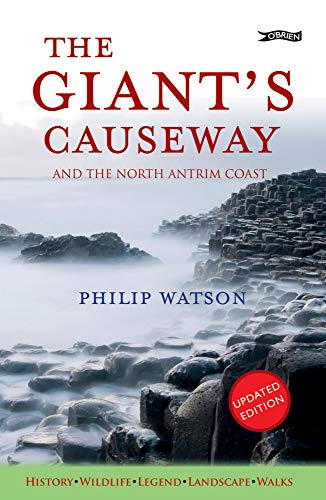 The Giant's Causeway: And the North Antrim Coast

The Giant's Causeway on Ireland's north Antrim coast is a place where myth and science meet. For over 300 years visitors have pondered the choice between giants and geology to explain this natural and cultural wonder. From tales of the Irish giant, Finn MacCool, and his building of the huge stone causeway, to the ancient and mysterious cooling of lava to form the basalt columns, The Giant's Causeway takes the reader on an illustrated tour of the history, folklore, people, geology, wildlife, and stunning landscape of this unique place. Today the Giant's Causeway is one of Ireland's most popular tourist attractions, with half a million visitors each year from all over the world.

A rather picturesque place, with half in the sea and half above the level of sea, Ghenh Da Dia in Vietnam is a place which attracts tourists for its unique location. Dark black and light yellow columns and obliques in many thousands are spread over one square km like a beehive placed in fresh water. Some call it a pile of stone plates as the symmetry of these rock structures makes it a great gift of nature. This has resisted the blows of harsh blue water of the sea for millions of years.

I have not visited either of the two but It is believed that there are some striking structural similarities between formations at Ghenh Da Dia in Vietnam and Giant's Causeway in North Ireland though both are far far away from each other. Isn't it amazing?

High Island Reservoir in Hong Kong is another unique example of how the lava can take different shapes under gravity. These hexagonal joint columns have taken s-shape before solidification and are striking feature at this geological site.

Some sparsely populated (285 in May, 2010) place like Frooba in Faroe Islands has a beautiful drive with 10 metre high columns along the Froðbiarvegur Street on one side and sea on the other. One cannot imagine a better drive than this, with nature at its best on both sides of the road.

Unlike other formations where structures are vertical, The Gangolfsberg in Germany has many which look as if these have been stacked like firewood.

The largest state in the United states by area but the least densely populated, Alaska has Akun Island having basalt and number of caves.

Basaltic Prisms, one of the finest geological formations at Santa Maria Regla in Hidalgo state, is a very popular destination in Mexico. A combination of 30 metres tall basalt columns lining a ravine and running of water in between from fountains makes it an amazing site. Apparently looking a difficult site, it has all the facilities like stairs, walkways and hanging bridges to facilitate tourists.

#8. Columnar Basalt at the Devil's Postpile in California, United States

Madera County in California has a National Monument which includes a unique structure called Devil's Postpile. This tourist attraction is another columnar basalt formation which is about 60 feet high and more than half of these are hexagonal in shape and many columns are found in fragmented condition considered to be due to glacier flow down that area.

A Close View - Symphony of the Stones

Garni is a village in Armenia and the Goght River there carved out a gorge which is eye-catching for any tourist passing by that area. The walls of the cliff exhibit columnar basalt which is called Symphony of the Stone because of the structural pattern of these octagonal columns. It also has a temple which was built in 1st Century AD and visiting all this require walking down to these spots.

In the Central Golan Heights there is a beautiful natural pool with basalt columns of around five meters heights. The Pool has been named because of the hexagonal shape (Meshushim Pool, called locally) of the basalt pillars in the walls and is located in the Yehudiya Nature Reserve.

Your acquaintance with the Columnar Basalt

How much did you know about Columnar Basalt before going through this Hub?