"Numerous narratives and records from explorers since the 1590s have documented the coastal area above the 48th latitude as being inhabited by great numbers of people …" Ocean Parker, September 2000, Special Heritage Edition.

Recently I was dispatched to work with a natural gas crew at Crescent Beach, BC. Imagine my surprise when I arrived on the job site and discovered the presence of an Archaeologist and Semiahmoo First Nations representative. After a brief conversation with the pair, I realized that the community of Crescent Beach had been built on the remains of long ago First Nations settlements, and that any construction involving excavations was monitored.

This was the first time I had worked in a situation like this. Every shovel full of dirt that the backhoe removed was dug through and inspected before work was allowed to continue.

This continued until the hole was the proper size for the workers safety, and they could proceed with the gas cut off. 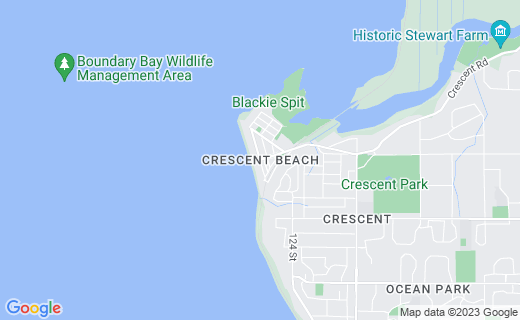 The earliest recording of human inhabitants in Surrey B.C. comes from a burial cairn that was unearthed in 1946 at Blackie Spit, today's Crescent Beach. The cairn contained a very well preserved full skeleton of a chief who was dated to have died shortly before Christ was born.

Blackie Spit, once located on a narrow strip of land that formed from the mouth of the Nicomekl River and reaches to the present day Crescent Beach is the site of a very early encampment, and it was noted that this location also afforded an excellent defense against northern enemies. Early settlers to the region discovered a cave that was believed to be a burial chamber, as it held several skeletons. The cave was located in a hillside along the southern route of the Great Northern Railway - where it enters Crescent Beach. 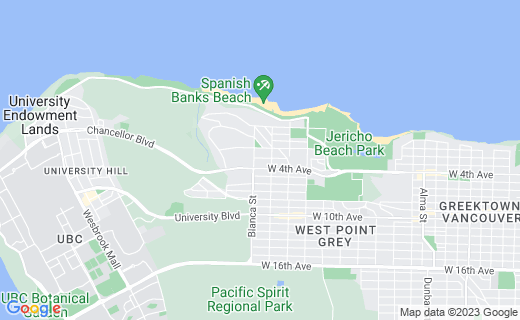 There were no written records of the cave, and nothing of note to date (that we are privy to,) but the resident "old-timers" have stated that the cave's contents were very old.

They (the "old-timers") also reported seeing skeletons suspended in the trees on Blackie Spit, which verified the belief that early First Nation bands of this region, along with many other tribes throughout North America, used tree burial.

The site deposits at Locarno Beach, Jericho Beach and Crescent Beach indicate a continual occupation dating back approximately 4000 years, which in turn makes the deposits quite deep. Many of the artifacts that have been recovered from these sites date from 2500 to 3500 years ago.

One man's cast offs is another man's treasure

Petroglyphs have been found throughout Crescent Beach, with one of the most notable being discovered in the Ocean Park area. It was exhibited there as early as the 1920's and relocated to Crescent Beach in May of 1971.

The Crescent Beach site is rich with artifacts, mostly due to the area having a large "shell midden". Midden is formed by years of continuous discarding of household refuse - a garbage dump if you will - of clam shells, fish bones, cooking stones and implements and broken tools. Once the archaeologists discovered the midden, they expanded their digs and excavated several burial sites.

I must confide that my initial delight with working at an important job site never wavered. I most probably was a source of amusement to my boss, and I'm sure the rest of the crew, who patiently supported my enthusiasm. (I was the only "newbie" on the archaeological "dig".) However, after the successful but uneventful completion of two separate work orders within blocks of each other, and absolutely no signs of any artifacts, I was admittedly disappointed.

Mind you, I honestly don't feel I was the only one disappointed, but I was the first to voice it. Still, I didn't let that, or the steady downpour dampen my enthusiasm, and I enjoyed the day. The local traffic was light, (not much beach traffic in the winter thank goodness,) and very co-operative - for the most part I think everyone was preferring to stay indoors! Because of this, I had an opportunity to ask questions, and was thoroughly captivated by everything I learned.

The crew, on the other hand, were understandably less enamored of the job as they had to contend with not only the weather, but the effects of it as well - the ground threatened to swallow the backhoe and the hole, although not deep, became a mud bath that was neither comfortable or pleasant to work in.

I was therefore thrilled to have another opportunity to accompany the crew on a return visit to Crescent Beach. They again had two work orders. Unfortunately the completion of the first was a carbon copy of the prior jobs - with the exception being we had better weather to work in.

The second one, however, proved to be most interesting. Within minutes of the hoe removing the road surface, both the Archaeologist and First Nations representative were combing through the "spoil" (a term used to describe the dirt removed from the hole.)

Both of them had spied evidence of midden, and their first efforts yielded several unimportant artifacts, (deemed unimportant as they have recovered a glut of these particular articles,) however, their second search produced a significant find - some broken cooking stones and a stone tool.

To be honest, they both looked like simple rocks to me until I was educated as to what I was actually seeing. Both stones were exceptionally black as a result of being buried for well over 3000 years, and both were smooth and well worn - one from being used as a tool, complete with sharp chisel markings, and the other from being used as a cooking stove.

Unfortunately, the crew was called away to an emergency, so the job couldn't be completed as planned. The hole was filled in, and the job was placed on the back burner until arrangements could be made with the archaeological company to have a representative present.

I hoped to be the person called in to work with the crew on their return visit with the possibility of uncovering more artifacts, but it was not to be. However, I was fortunate for the opportunity that was granted, and I enjoyed watching an actual excavation. Crescent Beach is an interesting place to visit at the best of times, and I am looking forward to a return visit.