I spent my entire teenage life in Las Vegas. A common complaint coming from teens here is that we have nothing to do. While Las Vegas offers a lot for adults and families, teenagers simply don't bring in the same amount of money so businesses don't want to bother doing anything for them. Wanting to have the fun that adults have, many teenagers look for dance clubs but find that nearly all of them are 21+ and completely exclude minors. It may seem like there's an awesome business opportunity here, but whenever a club does open up for teens, it often closes within the first two years due to violence, drugs, or the illegal selling of alcohol. So please, when you do go to a nice place for teens to hang out, don't trash it! It's rare!

The One True Dance Club for Teens in Las Vegas!

It's sad but true that one club has a monopoly on the teen night scene, froZEN75. Luckily, it's a pretty nice club that's located in Henderson, a suburb like location connected to Las Vegas. It has DJ's, VIP sections, the whole thing. They work hard to maintain a drug free and safe environment so they don't get shut down. Unfortunately, this means that if you're 14 or 15 years old, you need to have parental consent before entering the club, a signed document. The club is only open on Saturdays from 7:00pm to 11:30pm for teens age 14-20, but the entire club can be rented out for a price 7 days a week. At that point, all the minors are out before the midnight curfew hits, and they open...

FroZEN75 offers a separate extension of their club to those age 18-20. This dance club is open from 11:30pm to 2:40am. It can be ideal when you have to hang with a younger crowd but don't want it to be too young and too full of drama.

Other Hot Spots for Teen Night Life and Dancing

While the list of established dance clubs for teens is pretty small, there are quite a few all age areas that teens can enjoy. These places are full of good music and open floors.

The House of Blues at Mandalay Bay

The House of Blues regularly hosts concerts with all kinds of bands, both famous and indie. You'll be able to see some of your favorite groups and dance to them too. You'll just want to call ahead and make sure that the concert that's playing is open to all ages as it varies from show to show. The House of Blues can definitely hold its own as a spot for teen night life.

The Joint at the Hard Rock

The Joint now seats 4,000 and has an amazing sound system. Concerts and dancing here is still dependent on age and what's playing. Find the band you like and save tickets as you'll want to have a spot and make sure what the allowed ages are. Whereas the House of Blues is more laid back and chill, the Joint can be seriously electrifying.

A Local's Secret, The Cave.

Some of the best dance parties that I've been to weren't at any club! They were made and enjoyed by teens. Usually this meant a backyard in a neighborhood a little secluded with parents out for the weekend, but the best spot ever is simple called "The Cave". Located off of Fort Apache and Warm Springs on top of the hill, The Cave is just that, a cave. It's long been a hot spot for local teens to throw pretty awesome parties. The cave actually has bats in it and the occasional stray dogs or coyotes, but they run off when there's humans and dancing. It can be pretty fun just to explore throughout the cave. It's not too bad of a climb, and you can see a lot of graffiti from people throughout the decades.

If you can manage, it's pretty cool to run big lights through some of The Cave, but you can manage with fire pits. Some spots are already dug out. If you're more into a rave-vibe, you can also get a bunch of glow sticks, and it's just as good or better than most adult rave clubs. Be careful as some parts of The Cave are completely pitch black. The important thing is that you don't tell adults! The set back is that it can be hard to call "dibs" on a public place, you don't know who's there or who's gonna crash the party. In recent years, sometimes cops have ended some parties, but most night they're too busy to bother with it. 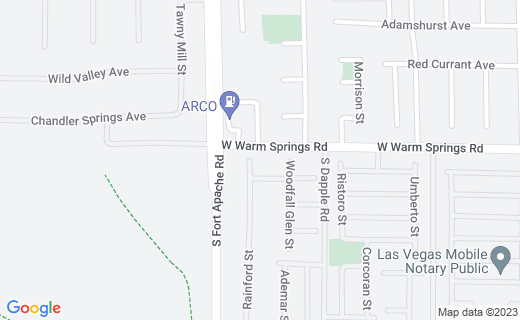 Other Options for Teen Night Life

If you just want to dance, you don't need to pay to get into anywhere! Just have a small kickback at a cool friend's house or a stereo and the park. You can also go to any bar/restaurant for the atmosphere. Some even offer dance floors, though these may be a little more awkward. Don't let anything stop you! And if you do something you wouldn't want your parents knowing, don't get caught.

Do you know any other good spots? Let me know in the comments.