Dharavi: One of the World's Largest Slums

Dharavi in Mumbai, India is the largest slum in Asia. It is a city within a city but with unending stretch of narrow, cramped lanes and open sewers.It has become a much sought after tourist destination among foreign travelers. As per reports, it has beaten the Taj Mahal to become the favorite tourist destination. Dharavi has not only made it to the top of the list of ‘Traveller’s Choice Experiences 2019 - India’ but it is also featured on the Top 10 Asia list at rank no. 10.

Guided tours to Dharavi are quite popular among foreign tourists.Tourists are taken on tours through the narrow alleyways of the slum to visit the houses of slum dwellers and also to showcase the small factories which have mushroomed in the slum over the years turning it into a hot business hub. These guided tours give a deeper insight about slums in general and the problems & challenges that the residents face.

So, here are some interesting facts about Dharavi, Asia's largest slum: 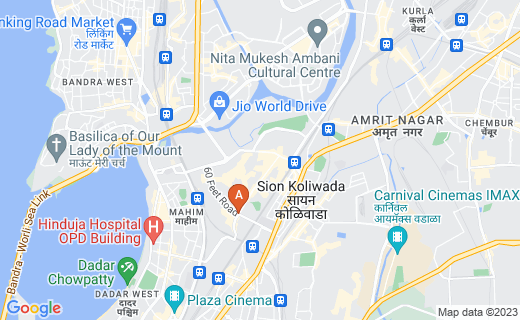 Dharavi was an island inhabited by fisherman during the eighteenth century. The fishing stopped when the swamp got filled. Gradually it transferred into a huge urban space which was then referred to as Koliwada village.

Dharavi's population is estimated to be between 300,000 to about a million. According to Wikipedia, it is one of the most literate slums in India having a literacy rate of 69%.

'Slumdog' was my first movie, and I had never been to India before - I was just a teenager in the U.K. with my headphones and my Nike shoes. What did I know about growing up in a slum?

Dharavi an active informal economy as it's home to many small-scale factories which make products that are sold in global markets and on e-commerce sites. Approx. 5000-6000 businesses are run from Dharavi which generate a revenue of approx. $650 million-$1 billion dollars annually.

Dharavi is the third largest slum in the world after the slums of Neza-Chalco-itza (Mexico) and Orangi (Karachi, Pakistan). Dharavi covers an area of 535 acres which is owned by the government but the houses there are maintained individually.

Dharavi's population is greater than that of countries like Bahrain, Green Land, Bahamas and Fiji. The first mosque in Dharavi was built in 1887 and is named Badi Masjid. Ganesh Mandir is the oldest temple in Dharavi which was built in 1913.

Sneha, a Mumbai based NGO organises an art fest titled Dharavi Biennale every year. The art fest is an effort to highlight Dharavi's contribution to India's economic and cultural life. Through the usage of art and science, the fest also sheds light on urban health.

Dharavi has its own hip-hop crew called the SlumGods which was founded by Akash Dhangar. The group has also collaborated with international artists.

The SlumGods of Mumbai: hope, hip-hop and the Dharavi way | Guardian Docs

We are seeing a changed Mumbai, but having showcased Dharavi in 'Slum Dog Millionaire' brought shame and disgrace to our city. Whenever the firangs visit Mumbai, they must visit Dharavi; it has become a sightseeing spot. However, I feel saddened about it.

Three mobile apps were developed by a group of teenage girls of Dharavi in 2016. The three apps were: Paani Hai Jeevan, Women Fight Back and Padahi Hai Mera Haq.

Paani Hai Jeevan app sends notifications to registered users about their turn to fetch water from the communal taps in the neighbourhood. Women Fight Back app is a call especially designed for women safety. It has a distress call feature which lets out a scream when the screen is tapped. Padahi Hai Mera Haq app is an educational app. It has primary school lessons and can be used to learn Hindi, Maths and English alphabets.

Recycling units in Dharavi employ approximately 250,000 people. They help in discarding waste not only from Mumbai but from all around the country and also generate revenue in the process.

Dharavi residents are people from lower class with not enough income. Most of the houses don't even have individual toilets or taps. Residents pay to use the community toilets and buy drinking water from the vendors. According to a newspaper report published in 2006, on an average, one toilet was used by 1440 slum people.