The Caribbean Island of Sint Maarten

My passion for cooking leads me to travel to different places, eat authentic local dishes, and inspire everybody to cook amazing food!

Sint Maarten is a tourist destination in the Caribbean, which was discovered by Christopher Columbus in November 11, 1493. The island is part of Kingdom of the Netherlands territory. Its main town and country capital is Philipsburg, which is located between Great Bay and Great Salt Pond.

What You Need to Know When Visiting Place?

The three official languages of the islands are Dutch, English and French. Other languages maybe heard in this place, such as Cantonese, Creole and Hindi, since other nationalities started to migrate in Sint Maarten.

The weather during Christmas season is a bit cold. As summer is fast approaching, the weather a bit humid or hotter. Rainfall occurs frequently.

Sint Maarten is considered as one of the smallest island in the world shared by two independent states, France and Netherlands.

A Day of Exploration in Sint Maarten

As I found my way out of the cruiseship, I was amazed how beautiful the place is. It looks like a very huge park where tourists may stroll around and fulfill their shopping list. Benches are also available so people can relax a bit before continuing to roam around the area.

In order to reach the other side of the island, tourists may opt to take a cab or to take a watertaxi or to just take a walk. However, I wouldn't advise you to walk going to this area because it may take you at least 30 mins to an hour to do it so. I knew it since I did it myself! I've decided to do it since I'm trying to collect local currencies of different places. Unfortunately for me, I had no luck finding one in nearby places. So as I continued walking, I reached the other side where the beaches are and found a grocery store where I bought some stuffs. Then, I've requested for a change based on their currency.

There are plenty things to do within the area like shopping, bar hopping, dining, swimming, etc. So that's the best place near the port if you simply want to enjoy the Caribbean view. Locals were very friendly too! So don't hesitate to approach them if you need something.

5 Things to Do in Philipsburg, Sint Maarten

Below are the things you must never miss doing in this beautiful Caribbean Island:

The museum provides educational information about the history of the island. It is located in between Front Street and Boardwalk. Artifacts from Indian inhibitors and personal items from Fort Amsterdam soldiers were kept inside the museum.

3. Buy Something in Duty Free Shops

Plenty shops of fine jewelries, high end cosmetics and trendy fashion wears can found in Philipsburg. All of these shops are duty free.

4. Groove in the Boardwalk

If tired of shopping, tourists may loosen up and enjoy the calypso music played in the boardwalk.

Before ending a tiring day, visitors may opt to plunge themselves in the Great Bay Beach. After swimming, the best thing to do is to enjoy the view of the bay while sipping a tropical drink and enjoying an authentic island’s food.

The government of the island issued a notice, for submission of flag design, to its residents on August 19, 1983. Among 115 entries submitted, the government chose the design of a 17 year old Lady named Roselle Richardson. In 1985, Sint Maarten became the fourth island in the area of Netherland Antilles to finally hoist its flag.

The island is divided in two, the Dutch side and the French side. In order to come up with a clear partition of the area, an agreement between Dutch and French were signed in 1648 under the “Treaty of Concordia”. A Border Monument was erected in 1948 in order to represent the Treaty of Concordia.

Their National Dance is the Ponum dance. The dance became famous during the time of slavery. It was believed that the Africans expressed their gratitude after the abolition of slavery by dancing.

Their National Anthem, “O Sweet Saint Martin’s Land”, was written and composed by Father G. Kemps, a Roman Catholic Priest for over 30 years on Sint Martin.

Their National Tree is Royal Poinciana or the Flamboyant tree. Other names are Flame Tree, July Tree or Peacock Flower. This tree can be found throughout the entire Caribbean. It symbolizes liberation.

Their National Bird is Brown Pelican or Pelecanus Occidentalis. This large bird belongs to North American bird of Pelican family. This specie usually seen alone or in a small group flying up the sky. It rises very quickly in the air before plunging vertically with its wings.

Their National Flower is Orange Yellow Sage or Lantana Camara. Other names are Bloodflower, Spanish Flag or West Indian Lantana. It is a common specie all throughout the Netherlands Antilles. The best characteristic of this plant is that any pests or diseases can’t affect it. It’s one of the favorite species of butterflies.

Their National Drink is Guavaberry Liqueur. Guavaberry or Rumberry is a kind of tree which typically grows in the Caribbean or best grows in low lying valleys with moderate temperature level. The taste of its fruit is fairly sweet with that recognizable tanginess of guava. This is traditionally served during Christmas, poured in a liqueur glass or shot glass. 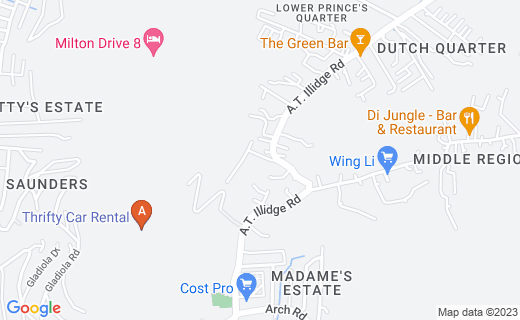 Did you know that St. Martin is the smallest island in the world divided by two countries?

In the cruise port terminal alone, there are lots of things you can do already especially if you're into shopping. Like what I've said, for those beach lovers, you can rent a taxi or ride a water taxi going to the nearby beach. There you will also find more souvenir shops, bars and restaurants. These establishments are near the beach so you can enjoy the view as way even you stay inside the restaurant. Absolutely, one of Caribbean best Islands!