Alex loves animals and is an experienced licensed veterinary technician with a BS in Biology and an AS in Veterinary Technology.

Lets Beak it Down

Alright, lets get down to business. (Extra 10 points if you get the reference, if not I suggest watching a few more Disney movies before your trip.) It is almost a rite of passage for a child to meet Mickey at Disney World. That being said if you don't want to spend your entire trip hunting down characters to get them to sign a piece of paper and pose for a picture there are a few rings things you will need to know. The first of which being what characters your children, or you for that matter, want to see. Do you have a little girl that wants to meet here favorite princess? Do you have a little boy that loves Tigger? If you know ahead of time where the characters are likely to be you can save some time. Do your kids want to meet as many characters as possible? When my brother and I were younger we would stand in line for every character we saw. I have so many autograph books full of signatures.

There are some characters that you will find at each park, like Mickey, and some that you can only find at specific parks, like Marie. Even the water parks have places where you can meet characters.

The Magic Kingdom is home to many of the classic Disney Characters. This is where your little girl can meet all of her favorite princesses. If your little girl has her heart set on dressing up as a princess during your vacation this is the park for it. However, there are more than just princess at the Magic Kingdom. Marry Poppins, Mickey and all of his friends, the entire gang from Winnie the Pooh, Robin Hood, Stitch, and many others are at the park daily.

Marry Poppins and Robin Hood typically hang out around the Main Street area. Stitch is usually found in tomorrowland. There is an area in fantasyland called Princess Fairytale Hall where you can meet all the princesses. At Pete's Silly Sideshow you can meet all the classic Disney characters, like Mickey, Minnie, Donald, Goofy, and Pluto. I've seen Chip and Dale hang out in front of Cinderella Castle many times. You just might even see Captain Jack Sparrow outside of the Pirates of the Caribbean ride.

Of course you could also reserve a table at Cinderella's Royal Table for breakfast or dinner if you want to meet the princess without waiting in long lines. (Not to mention eat some absolutely amazing food.) The same goes for the classics, like Mickey, and for all the Winnie the Pooh characters. The Crystal Palace showcases Winnie the Pooh and his friends for breakfast and dinner, while the Liberty Tree Tavern offers Dinner with Mickey.

If you children just want to see the characters but don't want their autographs or pictures taken with them you are in luck. There are at least two parades at the Magic Kingdom every day, sometimes more during the busy seasons. At both parades there will be characters galore. There will even be some characters that you don't have a chance to meet walking around the parks, like the three good fairies from Sleeping Beauty. 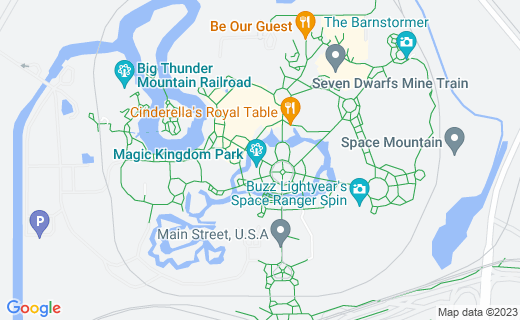 How many characters do you think you will meet on your next Disney trip?

The Characters of EPCOT

There are more character meet and greets at EPCOT than any other Disney park. This is also a park where you will find characters that aren't at any other park. Aladdin and Jasmine are frequently found in the Morocco pavilion. Belle and the Beast along with Marie (the cat from the Aristocats) are often in the France pavilion. Mula, and sometimes Mushu, are at the China pavilion. I've also seen Alice, from Alice in Wonderland, and Wendy and Peter in the UK. The three Amigos are typically at the base of the pyramid in Mexico. Rapunzel and Aurora reside in the Germany pavilion. There is even a special building where you can reserve meet and greet times with Mickey and his friends. As if that is not enough, there is a bus that brings characters to special spots along the World Showcase Lagoon. This bus is a great way to meet a whole lot of characters in a short period of time.

Disney Studios is a great place to meet some really unique characters. At Pixar place you can meet all of your favorite Pixar characters. Woody and Buz, Mike and Sully, Mr. Incredible, and even Mater and Lightning McQueen are all there. You may even find some green army men if you look hard enough. Just need the Muppets Theatre you will find Phineas and Ferb. Just outside of the Star Tours ride is where Darth Vader and his storm troopers come out to recruit follows for the dark side. As an added bonus they even do jedi training a couple times each day. If your lucky your kids just might get to test their skills against Darth Vader himself! The Power rangers are even found roaming around the park from time to time.

Just like with the Magic Kingdom there is a daily parade that features all of the characters found at the park. For parade time just check the board at the front of the mark or on any map.

There are a few special sections of Animal Kingdom where you can meet characters. The first is Camp Minnie Mickey. This is where you will find the classic Disney characters dressed up in their best safari gear. At Conservation Station you can find characters that aren't often seen, like Pocahontas and Jiminy Cricket. At this park you will find all the 'wild animals' of Disney. I've seen Terk from Tarzan along with Baloo and King Louie from the Jungle Book. I've even seen Niko from Pocahontas wondering around.

Much like at the Magic Kingdom and Disney Studios there is an afternoon parade where all of the characters are showcased.

Disney Visa cardholders are able to take advantage of exclusive meet and greet opportunities at the Disney parks. This is a great way to avoid long lines to meet some pretty awesome characters. For more information simply head on over to the Disney Visa website and learn more.

Like nearly everything else in the world Disney had to make changes due to COVID-19. Characters are no longer able to stand directly with park guests. However, I love the changes Disney has made. The characters just pop up out of no where. We were at Animal Kingdom and there were suddenly characters going by on a boat. The kids just loved being able to wave at Goofy and Minnie as they went by. At the Magic Kingdom Stitch was dancing on a stage in Tomorrow Land. He was totally in character, and there was a lot more playfulness than if he had just been posing for pictures. There was a tram that drove by that had some of the princesses at EPCOT. In Frontier Land the Country Bears appeared on the roof and had a dance party. People stopped in the street to dance along.

Do I think people missed being about to have the one on one interaction with the characters? Of course. But, I think Disney is doing the best they possibly can while keeping everyone safe. I would love to see them keep some of these character pop ups once everything with COVID has calmed down. I think they are fun, the kids all seemed to love them, and the characters are able to act just like they do in the movies.