A Festival of Good

It is said around the world that the dragonfly is a symbol of positive change. This is change toward greater self realization, cognitive and emotional maturity, and adaptability as one searches for the meaning of life.

The US Fish and Wildlife Service (once known as the Fish and Game Service, emphasis on hunting) advises travelers to take a trip to one of the most popular attractions to draw visitors in years: Dragonfly Festivals.

Dragonfly watching may become as popular as bird-watching soon, because new field guides have been released to help watchers identify and record their viewing successes.

These festivals are developing in America from coast to coast, but the Fish and Wildlife Service recommends that the best places to visit are 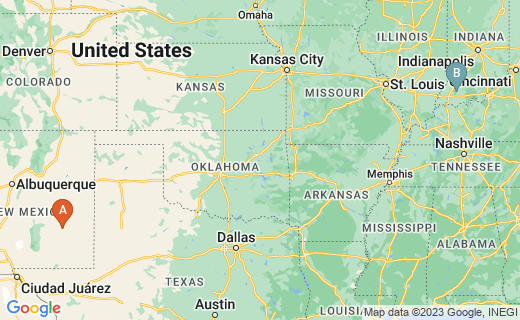 In some Native North America cultures, the dragonfly stands for happiness, speed. and purity.

I admire and enjoy dragonflies for their irridescent beauty and graceful movements, but once, I accidentally killed one.

One Friday night in high school, I stood on a football field with the rest of our Bearcat Marching Band, ready to begin a trumpet solo. Opening my mouth and taking a deep breath, I was momentarily interrupted by a dragonfly that few into my mouth and down my throat. Coughing it up quickly, I found it was dead and crushed.

I completed the solo, but never figured out why the inset flew into my mouth, with so many other people and open-belled instruments nearby. It perplexes me still, since the dragonfly has generally very good vision in its large eyes and a head that rotates 360º.

It is not enough excitement to have UFO palaces and a UFO Festival in wonderful, mysterious Roswell, New Mexico. That town also sponsors a fun Dragonfly Festival every year since 1937.

The UFO museum in Roswell is guaranteed the city's placement into the 100 Greatest Places to Stand in America list, sponsored by StandThere.com recently. The annual Dragonfly Festival there only adds to that worthiness.

Roswell is a fantastic place to visit and to take photos - of aliens and insects alike (sometimes they are even the same things). 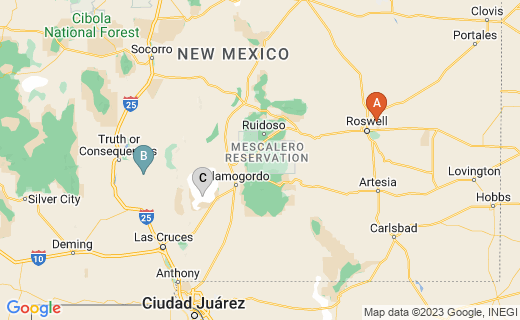 Festivities and events include dragonfly tours of the refuge, arts and rafts booths, entertainment, and concessions. presentations are given throughout the weekend events, with some speakers often appearing to represent local universities.

One Hundred Species to Watch

The New Mexico area Dragonfly Festival is located in the Bitter Lake refuge that is home to at least 100 species of dragonfly and damselfly, together called Odonates in scientific language.

When I hear the "odo", I think of my car's odometer and of Constable Odo on ST:Deep Space Nine, but the insects are neither mileage indicators nor shape-shifters. However, they are carnivores.

Many of the dragonflies are rare species found only in areas of the refuge where visitors are not permitted to enter, but plenty of others are in viewing range. Park rangers recommend the book Sidney Dunckle’s Dragonflies Through Binoculars as the best guide for viewing and identifying the insects.

Damsels and Dragons In New Mexico

Damselflies have interesting names among New Mexico species, like Lavender Dancer. There are other dancers, along with Spreadwings, Forktails, Firetails, and Bluets.

During dragonfly tours around varius parts of eight miles of trails in the wildlife refuge park feature guides on tour buses that will point out dragonfly and damselfly habitats as well as other wildlife and local native plants.You may also choose to hike some of the trails.

The Puzzle Sunflower, for instance, has been endangered, but is making a comeback. It's a puzzle, because it grows only in salt water and only in the fall. New Mexico is surely one of the most intriguing and enchanting places in our country. 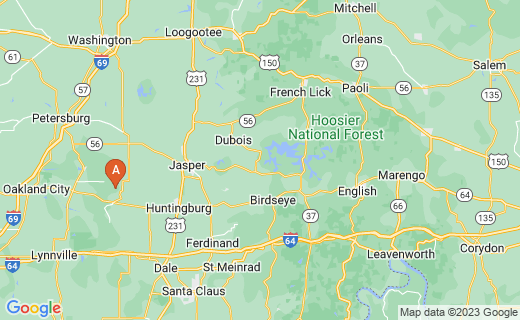 The Halloween Pennant dragonfly, with orange and black wings, is visible in this park at almost any oxbow or wetland from mid-June through early October.

Giant Cane is also fond in this park and in fact, is nowhere else found bit in Indiana. it is the sole bamboo that is native to the United States. Numerous species of native wildlife congregate in this park, including swamp rabbits and the many insects that include the dragonfly. Once endangered, these bamboo planbts are thriving again and contributing to the ecosystem of this refuge.

Dragonfly Hiking and Watching in Indiana

Not swelling to the proportions of a single weekend festival yet, the Patoka River refuge welcomes visitors to watch the dragonflies and damsel flies along three miles of maintained trails from June through early October every year. As visitors and interest increase, the refuge would very likely begin its own festival, since other national wildlife refuges are doing so.

The wetlands are the best places in the park for your insect viewing of 30 species of dragonflies and 13 species of damselflies. Many rare species here are exciting. before beginning your dragonfly hike, get a copy of the brochure called Dragonflies and Damselflies of the Patoka River Refuge at the park office. Inside, you will find species lists, flight seasons, and best times to catch a glimpse of each.it seems almost like a scavenger hunt.