Throughout England there are hundreds of small towns that may not be hubs of tourism or centres of business but instead have an interesting history that adds depth and character to the local area. In Wiltshire, a county in the South West of England, one of these towns is Melksham. Melksham has a population of around 25,000 which is growing steadily and is the fifth largest town in Wiltshire. There are several towns and cities in the local area and neighbouring counties that may be better known, like Bath, Devizes and Bradford-on-Avon, but Melksham has a history of its own that even people who live there may not know about. Here are five interesting facts about the history of Melksham. 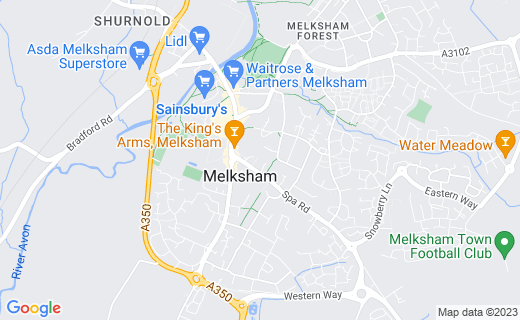 1. It is said that the name ‘Melksham’ comes from the old English word for ‘milk’

There is currently no concrete evidence but it is believed that the prefix ‘melk’ comes from the old English word ‘meolc’ meaning ‘milk’ while the suffix ‘ham’ is the old English word for ‘village’. This etymological history of Melksham may suggest that the town has its roots in dairy farming. Melksham appears in the Domesday Book and is mentioned to have almost two hundred landowners and thirty-five serfs. Slightly later on in history the Prioress of Amesbury had possession of a number of estates in the Melksham area but during the dissolution of the monasteries the land was given over to the King in 1539. The estates were then passed on to Sir Thomas Seymour in 1541. Throughout the centuries land in the Melksham area was sold and resold and passed down through different families.

2. Melksham has troublesome ties with the cloth making industry

Though the name of the town suggests ties with dairy farming and milk production, Melksham has also had strong ties with both weaving and cloth making throughout history. Prior to the English Civil War the Melksham’s main product was ‘white broad cloth’ however soon after the end of the Civil War the production of colour cloth was started. The 18th century saw an unsettled period for the cloth making industry in Melksham. In the 1720s the piece rate for the cloth being produced had been marked down so much that most workers were finding it extremely difficult to make a living. To try to resolve this problem many workers appealed to the town magistrates for relief - when they were refused riots broke out. The trouble continued for over ten years and escalated to the point where the house of a local clothier, Henry Coulthurst, was ransacked and large quantities of wool and yarn were thrown into the river. A number of mills and cottages were also destroyed during the unrest - those who were found to be involved were tried and hanged.

When asked to think of a spa town in the South of England, most people will instantly think of Bath. The city is well known as a spa town and throughout the years thousands of people have come to ‘take the waters’ for their health. What many people do not know is that they could have visited Melksham to do the same - if the plans had been followed through. When a search for coal in the late 18th century instead found chalybeate and saline springs in the Melksham area, a plan was developed by prominent town residents to turn Melksham into a spa town. These residents formed a group called the Melksham Spa Company and wanted to transform Melksham into a spa to rival Bath. The plans were put into motion with the construction of hot & cold baths, a well, a pump room and a crescent of lodging houses. Unfortunately the small country town of Melksham could not compete with Bath and the plan was unsuccessful. Three of the houses that were built still stand today in a part of Melksham known as ‘The Spa’.

Given how mysterious the Freemason organisation is, it is not surprising that many people may not know that the Freemasons once set up a base in Melksham. When the Lodge of Westbury was relocated, Melksham was chosen as the new destination. The Freemasons arrived in 1817 and had their first official meeting in September of that year in The King’s Arms. Not everyone in Melksham, however, was open to the presence of Freemasons especially after the creation of the Unlawful Societies Act in 1799. The opposition to the Freemasons in Melksham forced the lodge to relocate again this time to a nearby village. The organisation did return to Melksham but only after seventy years. The Chaloner Lodge was consecrated in 1897 under the leadership of the Worshipful Master Richard Godolphin Walmesley Chaloner.

5. A variety of industries have flourished in Melksham

The early years saw dairy farming and cloth making, but as industry began to advance Melksham also began to change and develop and new industries began to take root. Mills began to produce rope and tarpaulin as well as cloth. Of particular note is the mill set up by Charles Maggs who was particularly successful and later set up a subsidiary factory in India. Though the business fell into decline in the late 20th century it was commemorated with the naming of the ‘Rope Walk’ housing estate. In 1850 a company was set up by Benjamin Sawtell that dealt with the filling of paillasses with straw. The company later expanded and moved on to the purification of feathers that would be used to stuff cushions, pillows and eiderdowns. Over a century later in the 1960s the company had become one of the largest feather firms in England. In more recent years Melksham has been particularly well-known for rubber and tyre production industries.