The airport in Grand Cayman is Owen Roberts International Airport and is located in the capital of Georgetown. The Grand Cayman airport code is GCM.

Entry into Grand Cayman Island will require a valid passport.

Anyone entering the Cayman Islands from another country will be given 2 forms to fill out prior to arrival at Owen Roberts International Airport.

One of these forms will be used for Immigration, and the other for Customs Declarations.

The tear off section of the Immigration form will be placed in your passport upon arrival. It should be kept there until you pass through the Cayman Islands Immigration again at the airport on your way home.

It is a good idea to make photocopies of your passports, driver’s licenses and both sides of your credit cards, and keep them with you in your carry-on.

On the way into the baggage claim and Customs after going through Immigration, notice a counter on the right hand side that has plenty of complementary maps, magazines, flyers and information about the Grand Cayman Island and neighbouring sister islands: Little Cayman and Cayman Brac.

Upon your return home after going through security you will await your flight in a large room with seating (although lately it has been very crowded and can be hard to find a seat), a small restaurant and several stores selling duty free merchandise such as liquor, jewelry, perfume, rum cakes and gifts.

This duty free liquor is approximately one-third of the cost of the same in the United States. Unless you’re on a non stop flight, you will, at your first airport, have to transfer all liquor to your checked baggage due to regulations regarding liquids in carry-on luggage. In that event, plan to leave a little space when you pack your checked baggage. 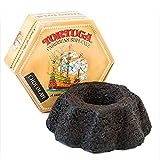