Everything You Wanted to Know About Rhode Island: Interesting and Fun Facts on Our Smallest State

It may be small in stature, but Rhode Island packs loads of culture, history and scenery into it's tiny borders. Throw in a unique dialect and some one of a kind edible concoctions and you have one of the most interesting places in the country to visit.

Providence is the capital of Rhode Island and has a population of about 180,000.

The population of Rhode Island is approximately 1,056,300 making it the 43rd most populated state.

Rhode Island is the smallest of the fifty states in terms of size, covering an area of just 1,214 square miles. The state measures about 48 miles north to south and just 37 miles from east to west, which means you are never more than an hour from any point in the state

Rhode Island is bordered by Massachusetts to the north and east, Connecticut to the west, and actually shares a water border with New York.

The State Nickname of Rhode Island is “The Ocean State”, but it is also often referred to as “Little Rhody”.

Rhode Island is officially known as the “State of Rhode Island and Providence Plantations”.

The State Bird is the Rhode Island Red Hen.

The State Tree is the Red Maple.

The State Flower is the Violet.

The State Fish is the Striped Bass.

The State Fruit is the Green Apple.

The State Shell is the Quahog.

Rhode Island is blessed with over 400 miles of beautiful coastline and over 100 beaches from which to enjoy, hence the nickname, the Ocean State. A few of my favorites include Narragansett Beach, Scarborough Beach, Misquamicut Beach and Roger Wheeler Beach (formerly Sand Hill Cove).

Rhode Island contains the highest percentage of Catholics in the country with a recent survey showing that 46% of the state’s residents identifying themselves as Catholic.

Rhode Island is one of the most Italian states in America with approximately 19 percent of the residents being of Italian heritage. And the town of Johnston, which just happens to be where I grew up, is the second most Italian community in the United States with 49.5 percent claiming Italian ancestry.

The highest point in Rhode Island is Jerimoth Hill, which stands at an impressive 812 feet above sea level.

Rhode Island has four professional/semi-professional sports teams in addition to a number of college teams that compete in numerous sports. 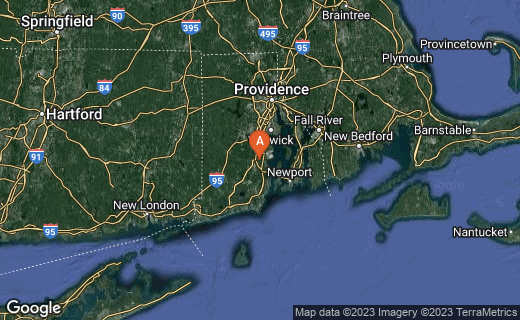 In 1636 Roger Williams founded a new settlement that he called Providence, after being banished by the strict Puritan leaders of the Plymouth Colony because of his unusual and supposedly dangerous ideas on religion and speech. He is considered the founding father of the state of Rhode Island and is the namesake of the largest park in the city of Providence, Roger Williams Park. The park is listed on the National Register of Historic Places and is located on land that was gifted to Providence by the last surviving descendant of Williams in 1871.

Prior to and during Roger Williams settling in Rhode Island the area was inhabited by local Indian tribes including the Narragansett, Wampanoag, and Niantic tribes.

Roger Williams was a true visionary and many of his principles, such as separation of church and state and religious freedom, ideas which actually led to his banishment, would later become the backbone of our countries constitution.

One of the first rebellious acts taken by the colonists against the British took place on June 9, 1772, in Narragansett Bay when the British warship the HMS Gaspee was destroyed by Rhode Islanders. The more famous Boston Tea Party would not take place until December 16, 1773.

In 1774 Rhode Island was the first state to prohibit the importing of slaves. The bill was introduced by Stephen Hopkins and was the first anti-slavery law to be passed in the United States.

Rhode Island was the first of the colonies to declare their independence from British rule having done so on May 4, 1776.

Rhode Island was the last of the infamous thirteen colonies to ratify the Constitution and become a state. It was admitted to the Union on May 29, 1790.

Nathanael Greene, one of the most important figures of the American Revolutionary War, and second in command to George Washington was a Rhode Islander. His home, called Spell Hall, is located in Coventry, RI and is National Historic landmark.

The American Industrial Revolution is considered to have started in Rhode Island with the construction and operation of Samuel Slater’s water powered cotton mill in 1790.

The Rhode Island State House was constructed between 1895 and 1904. Its marble dome is the fourth largest self-supporting dome made of marble in the world after the Taj Mahal in India, St. Peter’s Basilica in Vatican City, and the Minnesota State Capital. The dome is topped with a bronze statue of a man covered in gold, which is named Independent Man. The statue signifies the independence and freedom that led Roger Williams to establish the Providence colony.

One theory, and there are many, on how Rhode Island got its name is that explorer Giovanni da Verrazzano, upon exploring one of the islands in Narragansett Bay (now Aquidneck Island) in 1524 thought it was similar to the Isle of Rhodes in Greece.

World War I resulted in the death of 612 Rhode Islanders. A total of 28,817 soldiers from Rhode Island served in the war.

Newport is the home of the International Tennis Hall of Fame and was the site of the first United States National Tennis Championship in 1881. The tournament is still held today and is the oldest tennis tournament in the country.

The oldest operating Tavern in the United States is the White Horse Tavern, located in Newport. The original building was constructed in 1652 and was enlarged in 1673 to accommodate a tavern.

The oldest schoolhouse in the country is located in Portsmouth and was built way back in 1716.

The Bristol 4th of July Parade is the longest-running Independence Day parade in the country and has taken place every year since 1785.

Newport is also the site of the first circus to be performed in the United States, which took place in 1774.

Newport has many first’s including the countries first jazz festival back in 1954. The highly acclaimed Newport Jazz Festival is now an annual event held at the Fort Adams State Park every summer.

Newport is home to numerous famous mansions clustered along Bellevue Avenue in the historic district of Newport. One of the more famous is the Breakers, former residence of the Vanderbilt family and now a tourist destination for those looking to see how the other half lived during a bygone era.

Cumberlandite, which is the state rock of Rhode Island, is found only on a four-acre site in the Blackstone Valley of Cumberland, RI, and in the area surrounding Narragansett Bay. The rock, which was used to make tools by the early settlers, contains a high level of titanium and is found nowhere else on earth other than these locations in Rhode Island.

Rhode Island is the home of Allie’s Donuts, the maker of Donut Cakes. They are located in North Kingston. For something fun and different on your next celebration try a Donut Cake.

It is also the home of Del’s Lemonade. Next time you’re in RI give it a try. Del’s Lemonade is sort of a frozen, slushy, lemon flavored concoction.

Providence is the site of WaterFire. What is WaterFire? It’s become a very popular event that occurs throughout the summer and fall along the city’s waterways. It combines food, music and of course the lighting of the over eighty bonfires on the river. It’s a magical event.

The Flying Horse Carousel in Watch Hill is the oldest carousel in the country. This type of carousel has the horses suspended by chains as opposed to being attached to the floor.

Federal Hill is the historic section of Providence and is where many Italian immigrants settled in the city. Today, the area is renowned for its Italian restaurants, bakeries, markets and of course the La Pigna, otherwise known as The Pine Cone. Often confused for a pineapple, this traditional Italian symbol hangs over Atwells Avenue and welcomes visitors to Federal Hill.

Political corruption is to Rhode Islanders as smog is to people who live in Los Angeles: nobody complains of its absence, but when it rolls around everyone feels right at home.”

Side burns, the facial hair which has been the look of many a generation was actually named for the facial styling of Rhode Islander, General Ambrose Burnside. Take the generals last name and flip-flop burn and side, and there you have it. Burnside was a general during the Civil War and while he certainly wasn’t the first to grow facial hair his unique look was enough to coin to term.

Providence is the home of the largest bug in the world! The 58 foot long termite sits atop the roof of the New England Pest Control Company. And in case its size doesn’t grab your attention it’s painted blue, the big blue bug. It even has a name, Nibbles Woodaway.

In 2000, Rhode Island named “Mr. Potato Head” as the official family travel ambassador of the state. In case you’re wondering why, it might have something to do with the fact that toy maker, Hasbro, is headquartered in Pawtucket.

What’s the official drink of Rhode Island? Why none other than Coffee Milk.

Rhode Island is somewhat famous for growing super-sized pumpkins. Over the last several years Rhode Islanders have set and reset the record for the largest pumpkin on numerous occasions.

A number of years ago when living in California I would tell people that I was from Rhode Island and many folks mistakenly thought I was from New York, having confused Rhode Island and Long Island. Geez. And by-the-way, although there are many islands in Narragansett Bay that are part of Rhode Island, the state itself is not an island.

The Official State Appetizer of RI is Calamari. Wonder how many other states even have an official appetizer?

I miss coffee milk, I miss Caserta’s Pizza, Twin Oaks. I mean, they got the best food in Rhode Island”

Now that you know a little more about Rhode Island do you have any interest in visiting?

Despite being the smallest state, Rhode Island has produced its share of famous and notable people. Feel free to add any I missed in the Comments Section.

Have you ever visited Rhode Island?

I hope you enjoyed this look at the places, things and people that make Rhode Island so unique and interesting. If I missed anything or you have your own personal connection to Rhode Island feel free to add it to the list by commenting below. 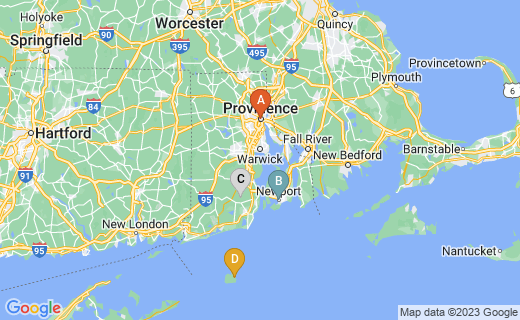