Exploring the Back Roads of Israel: Banias Nature Reserve.

Randi was born and raised in the USA but spent 12 years in beautiful Israel, where she learned to make these delicious, healthy salads

The Best Vacation Ever.

To stand in a place so steeped in history. To walk among archaeological treasures that originally served as mundane household tools. To feel the lives that were lived in the very same spot, only thousands of years before. That was what made, Banias, the vacation that every other vacation before and since have been measured on. Visiting the Banias National Park in The Golan Heights, Israel was, undoubtedly for me: The. Best. Vacation. Spot. Ever.

The remains of the city of Banias.

Banias is an archeological site located at the base of Mount Hermon in Golan Heights, Israel by the ancient city of Caesaria Phillipi. It was first settled in the Hellenistic period. Excavations uncovered evidence of a cult center dedicated to the G-d Pan. In fact, it was originally called Paneas in Greek. This was built in several phases during the Roman period. There is a grotto, a temple, a courtyard with built in niches that it is belived held statues for rituals. This was all built around a forest, with a cave and a spring. To read more about this area rich in history, please visit The Israel Ministry of Foreign Affairs. 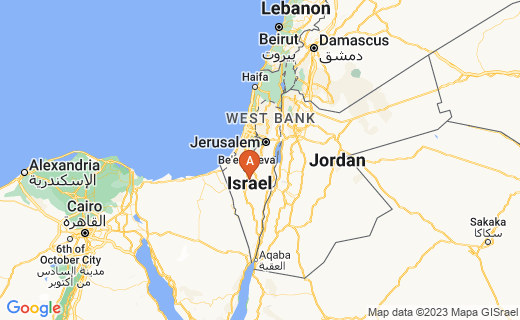 Would you be interested in visiting this rich archaelogical site?

There are so many things to do while in the north of Israel including hiking and boating. On our first day there, we went white water rafting. What a beautiful view of the mountain of the mountain we were treated to as we forged our way through the river! The course was challenging at times and almost like a 'lazy river ride' the rest of the time. While the fast and furious was fun and exhilarating, the view and fresh air were not just to catch our breath, they also took it away!

Hiking in the Golan Heights

There is a multitude of beautiful places to hike in and around the four aechaelogical sites in the north of Israel. We took our hike near Banias were we treated to a panafamic view if the city. I also recommend the Odem Forest, home of a deer reserve. It is very near to Rajum Al-Hiri (Circle of Ghosts). It is a Megalithic structure that scientists believe was built around 5000 years ago either as an ancient burial ground, rituals or an astronomy observatory

Four archaelogical sites in the north of Israel

Aside from the the archaelogical findings, all of these places have significant religious history. It was in Bet Tsida that Jesus performed the "miracle of the fish and loaves"

It is said to be the birthplace of the G-d Pan. It was built at the spring in Banias and if it still existed today, it would be likened to Las Vegas , Sin City, only much worse. It is believed to be the home of many Pagan rituals and was not espoused by the orthodox rabbis.

Rest assured, there is much to do in beautiful Northern Israel. Mount Hermon is also popular for snow skiing in season. If you get tired of hiking, you can always shop in any number of malls or visit a beautiful open air market. When you are touring Israel, be sure to stop and buy some unique treasures to bring home!