Barcelona is a rich Mecca of cultural and historical attractions and the second largest city in Spain, after Madrid. From world-renowned museums and art galleries, to exquisite beaches and stunning parks, Barcelona is home to many remarkable sites of interest. The city also boasts a vibrant nightlife scene, and is known to be one of the most popular party capitals in all of Europe.

Featuring a vibrant mix of culture, history, and entertainment, Barcelona is one of the hottest destinations in Europe. Spain’s second largest city is well-known as one of the Spanish party capitals, but Barcelona is also home to an enormous array of award-winning museums, entertainment venues, and historical monuments. From the thriving nightlife and popular clubbing scene, to the city streets filled with unique shops and picturesque restaurants, Barcelona is a true mecca of activity and excitement.

For those interested in taking a deeper look at Barcelona’s historical roots, there are many sites in the city that harken back to years ago. Perhaps one of the most popular neighborhoods in the city is the Barri Gòtic, or Gothic Quarter. This incredible area features many world-famous monuments, and includes an eclectic mix of buildings from medieval times and those featuring modern architecture. Some of the most famous sites include religious houses of worship, including the Basilica of La Mercè and the Cathedral of Santa Eulàlia.

The most legendary symbol of Barcelona is the Sagrada Família, a church designed by one of the city’s most famous architects, Antoni Gaudi.

This famous basilica is unique in that it has been under construction for more than 100 years and is not projected for completion until 2026. The church’s construction is entirely financed by private donations, and has been recognized by UNESCO as a World Heritage Site.

In addition to the city’s many historical sites, Barcelona is also home to several prominent museums and art galleries. These include popular destinations such as the National Museum of Art of Catalonia and the Archeology Museum of Barcelona.The Barcelona Museum of Contemporary Art (MACBA) is one of the city’s most visited museums. The city also offers a variety of more eccentric museums, including those revolving around human sexuality and social issues.

While the historical and artistic value of Barcelona is unquestionably a huge draw to the city, the capital of Catalonia is also home to many thriving examples of modern culture. The city has long been associated with the creative arts, and is one of the largest centers of industrial design in the world. Furthermore, Barcelona has many giant entertainment venues that regularly host events that bring thousands of spectators to the city.

One example is the gorgeous Gran Teatre del Liceu, an enormous opera hall featuring more than 2,000 seats. The opera presents a variety of different works throughout the course of the year, and is classified as both a producing and receiving house, meaning it produces some of its own shows. Other performance venues in the city include the Palau de la Música Catalana, a major concert hall.

Sports also play a prominent role in local culture. The city’s football (soccer) team is one of the best-recognized in the entire world, FC Barcelona, in addition to being one of the most accomplished in all of Europe. The city is also home to several other sports clubs, including basketball, roller hockey, and handball. Most of these sports are played at some of the premiere venues around the city, including Camp Nou, which is home to FC Barcelona. This massive stadium is the largest on the continent, with its seating capacity of 100,000, cheering fans.

In addition to the cultural draws of Barcelona, this exquisite city also features several world-renowned beaches and natural attractions. The city offers more than 2.8 miles of stunning coastline, and Barcelona’s seven distinct beaches have been recognized as some of the best in the world. The most popular beaches are the Sant Sebastià and Barceloneta beaches, which are the largest and oldest in Barcelona.

Beaches are only one of the many natural attractions in the city. Barcelona holds 68 distinctive parks, which cover an area of more than 10% of the city’s total real estate.

The most popular park in the city is known as Montjuïc, which is located on a giant hill in the southwestern portion of Barcelona. This popular park offers soaring views over the city’s harbor, and has been the site of several fortifications over the course of Barcelona’s long history. The park offers visitors several different attractions, including botanical gardens and the Fundació Joan Miró, a modern art museum.

Regardless of what attracts you to the city of Barcelona, this superb metropolis is certain to keep you mesmerized with its numerous cultural icons and natural beauty. From the vast stretches of sand-covered beaches, to its many unusual architectural sights, Barcelona remains one the most popular tourist destinations in Europe, and will no doubt continue to draw in visitors, to explore and discover the abundance- this gorgeous European masterpiece has to offer. 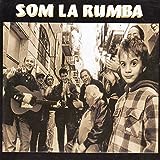