Jamaica is a little piece of heaven. The food is great and the people friendly. But many people do not know the real facts about Jamaica so I am here to share them with you. I will tell you about our National Heroes and out National Symbols along with any other interesting facts about Jamaica that you need to know.

Let’s start with popular Jamaican sayings including our motto.

The truth is, many of our sayings are more popularly known than the motto itself. I like to call these sayings; Mantras. Here are the motto and mantras.

· Jamaica, land of wood and water

· Jamaica, island in the sun 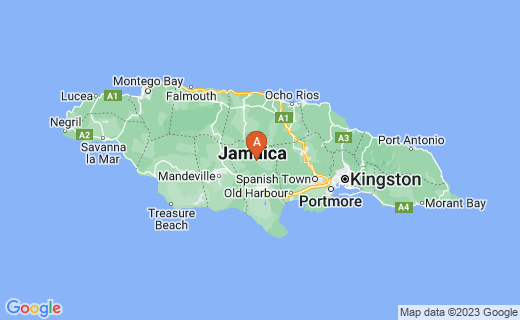 The Fastest Men and Women in The World

Now that you know that Jamaica is an award winning tourist destination now you can rest easy and come visit me! Well before you do you should know a little something about us.

Jamaica has seven national heroes including one female who was an original slave that was brought here from Africa.....

Nanny of the Maroons - She was small in stature but feisty like me......hahaha. Nanny was taken from her family along with four of her brothers and brought here from Africa.

See below for details about this heroine.

Jamaica has become one of the most popular vacation destinations in the world and in 2011 our then tourism Minister, the Honorable Edmund Bartlett received the Caribbean Destination Citation Award for his work and improvement in the tourism industry in the Caribbean during the global recession.

Not only is Jamaica known as a world class tourist destination but is also listed as the fourth best place in the world to eat ice-cream, of course the listing stated that our infamous Devon House is the place. This achievement was published in the National Geographic book Food Journeys of a Lifetime: 500 extraordinary Places to Eat Around the Globe.

Paul Bogle is another well-known Jamaica national hero. He was a deacon and preacher who was born in Jamaica in 1820. He was hanged at the age of 45 years old on October 24, 1865 after leading the Morant Bay Rebellion. The rebellion was a move towards better treatment of the Jamaican people by the British.

Paul Bogle along with his brother and a large group of about 300 hundred laborers marched from their hometown in Stony Gut to the Morant Bay courthouse where a battalion of soldiers awaited them with arms.

Due to the fierce look of the throng the soldiers fired upon them killing some of the rebels after which the group of Negroes pounced upon the soldiers killing several and wounding others.

The rebellion lasted a few days as rebels went throughout the island doing their dirty deed and scaring the white farmers.

A statue was erected in memory of the national hero and placed at the Morant Bay court house.

This hero was also honored by having his picture on our two dollar bill but that money is no longer in circulation.

The most famous of all the national heroes. He is known not only in Jamaica but in America and Europe. Marcus Garvey is most known for trying to gather the black people and taking them back to Africa via the ship called the Black Star Liner.

Marcus Garvey has always been a people advocate with one of his first jobs being a trade unionist where he led a printer’s strike in 1908. He then migrated to England where he started the movement UNIA, United Negro Improvement Association.

He later moved to the US where he published a journal and started a movement to take the black people back to Africa. He formed an army that included arms and uniform. With the money that was invested in the project he bought two ships.

The project went bankrupt and the ten million dollars that was invested was gone. In 1925 he was arrested for fraud and was deported to Jamaica with the promise never to return to the US.

His other works included lectures in several European countries after he was deported. You could not chain Garvey down in one place. He came back to Jamaica and started the People’s Political Party (PPP) and a newspaper called The Blackman. He also started a new project in the hopes of creating jobs for the poor but that failed.

Marcus Garvey then returned to England and there he published his book: The Tragedy of White Injustice. He died on June 10, 1940 while still in England.

Samuel Sharpe was one of the few slaves who were allowed an education and he learned well. Sam Sharpe was born in Jamaica in 1801. He was a preacher and other slaves looked to him for leadership. In 1832, he organized a strike, believing that the bill for emancipation had been passed. The strike took place in the middle of the harvest period and farmers were very upset.

It was Christmas Day and the sugar canes needed reaping. The estate owners were not happy and took action against the slaves which made the slaves angry. Fields of sugar cane were set on fire and a rebellion broke out. This was called the Baptist War. The war lasted two weeks and many of the slaves involved were hanged.

Samuel Sharpe died at the age of 32. He was honored by being placed on the Jamaica fifty dollar bill which is still being used today. He also has a monument erected in his honor.

Nanny of the Maroons

Here was a woman tiny in stature that commanded and led warriors and wars throughout the 18th century. Her strong leadership and warrior skills would be recorded in songs and documents as she was immortalized as a legend. She was also known as Granny Nanny or Queen Nanny due to the respect given her by her people.

Nanny was brought to Jamaica as a slave but she was born in Ghana is 1686. That would make her 406 years old. It is documented that she was first brought to the parish of St. Thomas, my parish, when she was taken off the slave ship.

Nanny wasn’t alone; she was brought to Jamaica along with some of her relatives. Records show that her brothers Quao, Cudjoe, Accompong and Johnny were with her. The five siblings ran away to the Blue Mountains, north of the parish, where they sought contact with the other Maroons that were on the island.

She was very instrumental in training and leadership of warriors and rebellions that sought freedom from slavery. She is and will be forever, Jamaica’s most loved and respected female in history. She is the only heroine of the group.

Norman Washington Manley was the son of a half-breed, sired by a white estate owner and a slave. He was a politician, lawyer, athlete and scholar who studied at Oxford.

He fought in World War 1 and came back to Jamaica and became a barrister. He was instrumental in forming the People’s National Party and was an advocate for universal adult suffrage. Norman Manley was also instrumental in the lobbying for the independence of Jamaica from British rule.

Norman Manley was born on the 4th of July 1893 and died on September 2, 1969. He was a National hero and is forever immortalized on the Jamaica five dollar coin. A monument has also been erected in his honor.

George William Gordon was the son of an estate owner and a slave woman. He was half breed. George William Gordo taught himself to read and write and as he got older learned accounting and math. He was thought of as a bright man and went to live and work with his Godfather who ran a business.

George Gordon was also a politician and opposed the leadership of the then Governor John Eyre. John Eyre was the one who ordered him hung after the Morant Bay rebellion. George Gordon had nothing to do with the rebellion and his death caused an up-stir in Britain. John Eyre was charged with his murder but nothing came of it.

George Gordon was a peaceful man who defended the rights of the Jamaican people. He is our national hero who sports the Jamaican ten dollar coin.

Sir Alexander Bustamante was the cousin of Norman Manley and led the workers union. He was also instrumental in forming the Jamaica Labour Party.

Sir William Alexander Clarke Bustamante was awarded Knight bachelor to the Queen in 1955 and in 1967 he received Order of the Knight Grand Cross of the British Empire.

He was born February 24 1884 to a farmer whose wife was of mixed race. He was most known for his role as leader of the Jamaica Labour Party and for the Bustamante Industrial trade union.

In 1938 he was instrumental in leading strikes and protests with the working class people demanding better wages and working conditions. He was also famous for writing letters to the national paper on a daily basis, in protest about the poor labor conditions of the working class.

He spent two years in jail for violation of the Defence of the Realm Act. He also offered himself as sacrifice during a rally in the city. Reports are that when the officers threatened to disperse the crowd via shooting into it, he unbuttoned his shirt and told the officers to shoot him instead of the people. The Fastest Men and Women in the World