What Is Famous In Australia

Gary has an interest in humor, and enjoys some quirky but clean humor. He has published the satire ebook, Beat Down the Globalists on Amazon

Okay mate? What is Australia famous for anyway, he asks with tongue-in-cheek? After all, the nation is miles away, "Down Under", and boasts a population of less than 25 million. Even California is bigger than Australia from a population perspective. Yet famous Australia is exactly what comes to mind when we read about her.

From childhood, we know about the marsupials, with Kangaroos, Koala Bears and other strange animals etched into our minds through cartoon books and school studies. Here is a marsupial list. Australia is indeed well known "Up Above". As an outside observer, I view Australia as a place where geography is unique. We know that the country is an island continent, the only one. If you learned about geography, as we older folks did, that was pretty fascinating. And even my computer geek son knows that Australia is the only island continent. I am proud to state that!

We also know that Australia is like Canada, with an abundance of natural resources. That has caused a boom in both countries, as China is buying up every commodity under the sun. Hope we can find more out there in the outback! Speaking of Outback, we know that it must be away from the center of things because we know we have to read the signs and get off the main street to find Outback Steakhouse, another reason that Australia is famous. But, of course, wouldn't you know it, the blokes who started Outback Steakhouse had never been to Australia. But they were experts at all things Aussie, having seen Crocodile Dundee! (This is a little joke, bloke.)

So then, what is famous in Australia? Well, lots of famous people are famous both in and out of the island continental country. Here are some famous singers from the nation down under. I may be old but I am not a fuddy duddy. My children won't let me. And yes, the term "fuddy duddy" is not of Australian origin, apparently.

Aussies are famous for music. So, even if it isn't their music they can flat out perform. I have compiled a few videos of Aussies and one loved by Aussies. Enjoy!

Aussies may not have to worry, but some guy on TV was warning the 30 year mortgage could go away! Be thankful Aussies, that you are down under. Hopefully the US 30 year mortgage will not go 6 feet under if you know what I mean. If there is a housing crash in Australia, which I have written about, then perhaps these blokes will have to put some hamburger instead of shrimp on the barbie. We hope that isn't the case.

We have an Awesome Aussie guy from Pennsylvania who has been very successful at the Nugget Rib Cookoff. I guess you can take the Aussie away from Australia but you can't, well, you know the rest.

I will be honest with you blokes, some people think this is a travel hub. Some of you no doubt have picked up on the fact that this little rant was humorous, and I hope, considered flattering to Aussies and Aussie lovers everywhere! 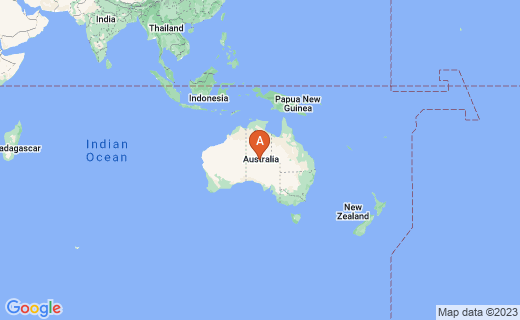 If you don't think I am funny enough, and after this you may change your mind, I have compiled a list of Aussie joke sites:

Aussie Jokes at the Encyclopedia of Humor. I never thought encyclopedias were funny.

This guy says his Aussie website is a bunch of useless junk. So it must belong here!

Aussie Trip in a Minute

Not Aussie but Loved There