Is Fantasmic! at Walt Disney World Too Scary For My Child?

Should I Take My Small Child To See Fantasmic! at Disney's Hollywood Studios Theme Park in Orlando, Florida?

There's a show at Disney's Hollywood Studios called Fantasmic! and it is only offered a couple of times a week. It's about 26 minutes long and is very popular - however, there is a fairly significant villain section in that lasts about 8 minutes and it includes a dragon. This article will give you all the information you need to decide whether or not the Fantasmic! show at Disney's Hollywood Studios is appropriate for your child. Fantasmic! is an impressive show and is generally suitable for older children and adults but it may not be appropriate for preschoolers, anyone who does not yet comprehend the difference between reality and make-believe, or to individuals who are prone to nightmares.

What Fantasmic! Is All About

A brief outline of the plot of Fantasmic!

Stylistically, Fantasmic! may remind you of Fantasia, Mickey's Philharmagic (3-D attraction at the Magic Kingdom), or the Disney Silly Symphonies. There is very little dialogue and most of the action corresponds with the tone set by the musical score. There are live action sequences with characters from the Disney movies along with familiar images being projected on a screen of water mist. The storyline follows the classic Disney model of a fairly peaceful beginning, followed by a conflict with a villain, good overcoming evil, and a happy ending. In this case, Mickey is having a dream but his imagination runs away with him causing a montage of classic Disney villians come to intimidate Mickey - in the end, he announces "Hey, this is my dream!" and everything goes back to happiness and dancing princesses. Although the story itself is very simplistic, adults will be impressed with the elaborate affects and scene changes. Lightning, giant puppets, fountains, mist screens, flames, and pyrotechnics are impressively incorporated into this spectacular production.

If you have any concerns about your child becoming frightened or upset by Fantasmic!, we highly recommend you take the 27 minutes necessary to watch the Fantasmic You Tube video below. You know your child best so you will be able to evaluate the show and pick up on any less obvious elements that might frighten your child. The list below includes some of the things in the show that we think could be potentially frightening to preschoolers or timid souls.

This video is about 26 minutes long. You can watch the whole thing or we'll give you the times in the video you need to decide whether the show will be too scary or not.

Ways to Help Your Child Watch Fantasmic Without Getting Scared

Depending on the maturity of your child, the following tips may help your child enjoy Fantasmic and deal with the scary portions.

Here's a You Tube Video of a group of people in a parking lot doing a Chinese Dragon Dance. This is not scary and can be used to show a child how Disney creates the snake in Fantasmic!

The Good Guy Always Wins! Mickey Mouse is Victorios in the End. 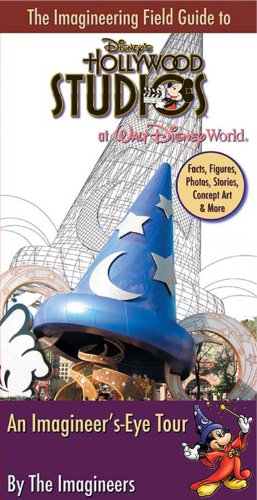 Sing Along Songs - Disneyland Fun
Disneyland is a lot like the Magic Kingdom at Disneyworld and this video is a fun way to introduce your little one to the Disney theme parks and to help them know what to expect from your family vacation to Walt Disney World.
Buy Now

Give us your opinion of Fantasmic! or tell us how your children reacted to the show. We're also happy to answer your Walt Disney World related questions.

Have you seen Fantasmic? Tell us about it....