Far Away Places: Are They Calling You?

Faraway Places ~ A Desire to Travel

Faraway Places… as a teenager I remember getting chills when I heard the first lines of this song when it was sung by Perry Como a few years after its debut. It was over 60 years ago, but I can still clearly picture Perry Como on our little black and white TV. Dressed in a cardigan sweater and walking around a room filled with shelves of books with a globe on a table, he sang Faraway Places in his smooth, beautiful voice. As I listened to those words, I wondered if I would ever travel to faraway places, distant lands or even very far from the State of New Jersey.

The words from that song stayed with me through the years, and I still love it. I wonder if that’s when those faraway places began calling me?

Far away over the sea;

Those far away places with strange sounding names

are calling, calling me…

Written and Recorded in 1948

Written by Joan Whitney and Alex Kramer, Faraway Places was published in 1948 and first recorded by Bing Crosby. Between 1948 and 1949 it was recorded by several artists and hit the top ten charts several times. After Bing Crosby made it a hit, Faraway Places was also recorded by Perry Como, Dean Martin, Dinah Shore, Frank Sinatra, Kate Smith, Margaret Whiting, Teresa Brewer and many other well-known singers. I’ve heard it many times through the years, and there’s something about the song…

Going to China or maybe Siam,
I want to see for myself,
Those far away places I’ve been reading about
In a book that I took from a shelf.

I start getting restless,
whenever I hear,
the whistle of a train.
I pray for the day I can get underway,
And look for those castles in Spain.

They call me a dreamer,
Well maybe I am,
But I know that I’m burning to see those
Far away places with strange sounding names
That are calling, calling me.

Born Under a Wandering Star?

In my recent Hub, Wanderlust: Why People Travel, I wondered if some people have a built-in wanderlust gene that compels them to travel. Then again, there could be other reasons.

Does your sign of the Zodiac influence you to seek those faraway places? If your Zodiac sign is either Gemini or Virgo, both ruled by the planet Mercury, perhaps you were born under a wandering star. The Roman god Mercury (Greek god Hermes) is also called the Messenger God, and is often depicted with winged shoes and winged hat to represent swift travel, trade and communication. Could some planetary pull be making your feet itch to explore the world?

Perhaps our urge to visit and explore faraway places is because we are descended from a Nomadic Culture, a community of people who move from place to place rather than settling in one location. Americans might be surprised to know that there are an estimated 30-40 million nomads in the world.

Early nomads in the United States included several nomadic Native American tribes including the Plains Indians and the Comanches who traveled with the seasons to follow game or food crops.

Other nomadic cultures traveled with their herds to higher grazing pastures in the summer months and came down from the mountains in the winter. These cultures are still found in Asia, Russia, Kazakhstan, the Middle East and other places around the world.

Descended from the Romani or Gypsy People?

The Romani people, also sometimes known as Gypsies, originated many generations ago in India, Pakistan and Asia. They eventually migrated to Europe and the Americas, though today they are mostly found in Central and Eastern European countries. Romani people still follow a nomadic lifestyle, and are a close-knit culture with their own language and customs.

Although the Romani have survived much persecution and prejudice in Europe, the Gypsy life is still often romanticized in songs and stories. Perhaps you remember Gypsy Rover sung by the Kingston Trio?

While these are just a very few of the nomadic cultures of the world, it is easy to see that the call of faraway places has been heard by many and for many different reasons. There are surely many of us with ancestors who were true nomads. 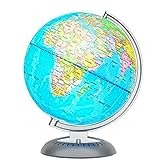 Is your Destiny Number your travel destiny?

Those who believe in numerology believe that we each have a Destiny Number that accompanies certain personality traits. While the study of numerology has many complexities, determining your Destiny Number can be done in different ways. One way is by adding up values of the letters in your name according to a chart. A simpler way is to add the numbers in your date of birth. For example, if your birth date is February 3, 1980 (2-3-1980), you can find out your Destiny Number by adding 2+3+1+9+8+0=23. Add 2+3 and your destiny number is 5. The Destiny Number 5 is the number for explorers and adventurers, those people who dislike staying in one place too long.

Chart for Finding numerical values for letters of the alphabet

To find your Destiny Number using your name, use your full name as it is on your birth certificate (no married names, nicknames, etc.). Find the value of each letter from the chart above and add up the values. Reduce number to simplest form as explai

Are Faraway Places Calling You?

Whether one is influenced by an astrological sign or a Destiny Number, early environment or Nomadic ancestors, a desire to travel seems to stir some of us from a very early age. As a child, were you happy playing house, or did you dream of exploring those Faraway Places with strange sounding names? 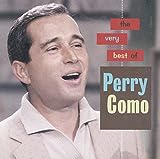 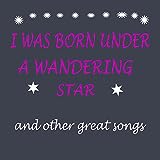 I Was Born Under a Wandering Star
Buy Now