Financial Recession and Its Effects in the Philippines

How the Global Economic Recession Is Affecting the Philippines

Technically speaking, the Philippines is not yet in recession, like other countries in the rest of the world. The Philippine economy certainly did not have a negative growth in 2008 and in the first quarter of 2009 (jury is still out for the second quarter of this year), but there has been hardly any growth at all. The first quarter 2009 GDP growth was less than .5% while the World Bank predicted an over-all decrese of .5% for the whole of 2009. Scary thought!

But with or without these dire predictions, it cannot be denied that my country, along with all the other countries, had been affected by this crisis. Here are some of the effects of the global economic recession in the Philippines.

Visit My Other Philippines Hubs

On the Negative Side

On Jan. 21, 2009, Intel Philippines announced that it is shutting down its test-and-assembly facilities in the country, ending two decades of operations in the country. As early as November 2008, Intel already announced the first batch of lay-offs. As of the day of the January announcement, the company still employed about 1,800 employees.

In a more recent development (see news feed below), Goodyear Tire & Rubber Co. has announced the shutting down of its Philippine plant, causing about 500 Filipinos to lose their jobs. Goodyear opened same plant in 59 years ago and it produces around 2 million tires annually. Reason for the shutdown: transfer to less costly locations in other parts of Asia (no specific place yet).

The Philippines is the home of around 11 million overseas Filipino workers or OFWs. With there more than $14.4 billion (about 700 billion pesos) annual remittances, the OFWs are the major contributors to the country's economy. The largest number of OFWs can be found in the U. S., U. K. and the Middle East. With the recession, countless OFWs have been forced to leave these countries and return to the Philippines without jobs, making their reintegration a major problem for the country and its government.

The first quarter of 2009 posted the lowest growth in GDP (.4%). For the rest of the year, some entities have predicted zero growth for the country while others have predicted negative growth. As of the moment, the country has not yet met the technical description of a recession. But some people believe that it is just a matter of time before the country itself will hit this phase.

My Other Philippine Hubs

On the Positive Side

Country Not Yet in Recession

On the other hand, the country has not yet reached the negative growth required for it to be classified as "in recession". This has been attributed to the strengthening of its banking system (due to the 1997 Asian financial crisis), the continuing flow of OFW remittances from other countries, the pump-priming by the current government through construction works and the increasing number of outsourcing jobs obtained by Filipinos from foreign countries. With the gradual reversal (?) of the financial crisis around the world, it is to be hoped that the recession will not actually reach our shores.

The stock market may have been badly battered during the last half of 2008 and the first quarter of 2009 but it is now slowly but surely recovering. From a stock index of below 2,000 last year, the index is around 2,500 now, and has been steadily rising during the past two months.

Historically speaking, the Filipinos are some of the lowest savers in the world. However, a recent survey conducted by Nielsen Media showed that Filipinos want to save more, and spend less. This is a welcome development.

To encourage Filipinos to save, the government has approved the increase of the maximum deposit insurance coverage to 500,000 pesos or about $10,000. This may not be much in a developed country, but here, it is a very significant amount (you can build a house with this amount or buy a 300-square meter lot in some areas of the country).

Although this is a published hub, this is nevertheless a work in progress as the recession is still ongoing, the Philippines is still largely affected and the economic growth is still in the low end. 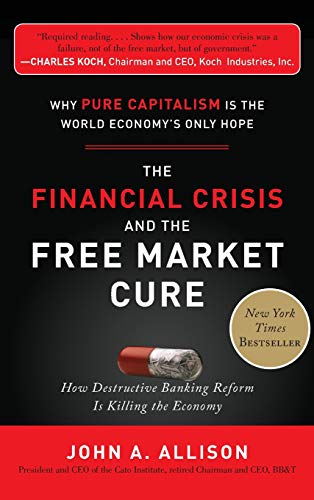 The Financial Crisis and the Free Market Cure: Why Pure Capitalism is the World Economy's Only Hope
Buy Now