This article is intended as informational. I have taken the tour, and if I would have known what an interesting experience it would be, it'd made it onto my bucket list. If I were any fatter, I would not have gone on the tour. They have a measuring hole visitors can stand on, and practice ports to crawl through.

In past articles, I have made mention of the submarine, at our Maritime Museum, but until now, have not ever visited, nor taken the tour.

I have snapped a few photos of the USS Razorback from across the Arkansas River, near the Little Rock River Market Pavillion, but honestly had a hard time locating the entrance, the first time I tried to visit the North Shore Inland Maritime Museum located in North Little Rock, AR.

Locating the North Shore Inland Maritime Museum can be difficult for locals and visitors alike.

This GPS address, and map included should get you there easily. I am sharing photos of the actual tour with you, as we (carefully) walk across the deck of the USS Razorback Submarine.

The tour is also broken into two parts. There is the museum at the top and the submarine tour. When you are down there you can still smell the sweat of a bunch of men working hard to stay alive in a boat under the water.

Touring the USS Razorback, at the Inland Maritime Museum, in North Little Rock, AR, is an excellent vacation destination, and a good way to check some items off of those bucket lists.There are many interesting artifacts to see and touch. Military personnel, history buffs, and submarine fans will have a blast.

For those who celebrate International Talk Like a Pirate Day, you will be pleased to know that this submarine was leased to pirates for a very long time. 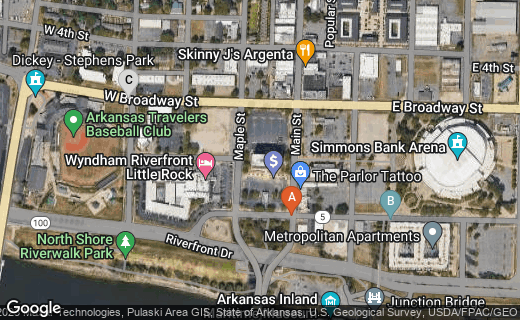 The Entrance to the North Shore Inland Maritime Museum I Recommend Not Wearing a Dress on the Tour.

As I is sort through the over 200 photos I took of this amazing tour, I catch the scents of diesel fluid, testosterone, and sweat drifting up from the front of my cotton, floral, summer dress.

Even though a summer dress is a cooler way to spend a day ranging in the triple digits; (with no zeroes), shorts or pantaloons should go under the dress.

The tour consists of groups of service persons, individuals and families. Children 5 and up may be in the tour. Keep it "G" rated. If you insist on wearing a dress to climb down into the submarine, at least wear cute panties, because everyone will see them.

A visit to the North Shore Inland Maritime Museum can be too much to be done in one day. If you have a couple of days, stretch the tour into two days. There is so much to see, so much to observe, that it would not be a bad idea to take several tours of the USS Razorback, submarine.

The actual museum can be one whole visit. The collection and artifacts are voluminous.

For those who have aging parents who participated in WWII, this would be a memorable experience.

Walking down to the dock of the USS Razorback