Florence, Italy: The Luso-Florentine Connection and Its 15th Century Masterpiece

C. De Melo is an author & art historian in Florence who specializes in historical novels set in Italy.

Renaissance Tomb of the Cardinal of Portugal

The humanistic movement that swept across Europe during the 15th century manifested itself brilliantly in Florence thanks to progressive, wealthy patrons like the Medici.

Not surprisingly, the "Renaissance City" became the epicenter of art and culture, thus capturing the attention of European rulers.

As a Luso-American enamored of Florence, the Luso-Florentine connection is of particular interest. In case you're curious, a “Luso” is a descendant of Lusitania (a former colony of ancient Rome). In 1147 AD, Lusitania became the first European kingdom, but by that time it was known as Portugal.

The Portuguese displayed a keen interest in Florence during the 15th century, and later adopted many Florentine (and Medicean) styles and concepts during Portugal’s sumptuous Golden Age: the Manueline period.

FYI: King Manuel I later invited Amerigo Vespucci to accompany his navigators on two sea voyages between the years 1501 and 1504 in order to explore of the South American coastline. 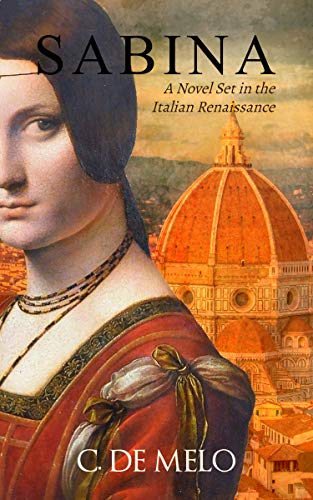 Isabel of Portugal and Philip the Good (Duke & Duchess of Burgundy)

The cardinal's remains are interred here in Florence, inside the Capella del Cardinale di Portogallo, which is located within the revered monastery of San Miniato al Monte.

Isabel of Portugal, wife of the powerful Duke of Burgundy, commissioned the magnificent chapel for her beloved nephew who died unexpectedly in 1459. A favorite of the pope, the 25 year old humanist cardinal had been on his way to Rome when he fell sick and died in the Tuscan countryside.

The duchess spared no expense in honoring Jaime. Several of Florence’s most distinguished artists collaborated to create the chapel’s stunning décor. Dr. Linda A. Koch, professor of art history at John Carroll University, describes this particular chapel as “one of the most magnificent funerary monuments of the Italian Renaissance.”

Dr. K.J.P. Lowe, professor of Renaissance history and culture at Queen Mary University of London, devotes an entire chapter detailing the life, death, and tomb of Jaime de Portugal in her book: Cultural Links between Portugal and Italy in the Renaissance.

The paucity of information on Luso-Florentine relations is certainly not due to lack of content, but rather lack of awareness, which explains why this important chapel is often missed by travelers and students.

When visiting the chapel, take note of the exquisite intarsia marble floor, and then look up to admire Luca della Robbia’s vibrant roundels adorning the ceiling. The painting above the altarpiece by the brothers Antonio and Piero del Pollaiolo, depicts three saints: Vincent, James the Great, and Eustace.

Antonio Rossellino, along with his brothers, created the splendid marble tomb. Pay particular attention to the fluidity and texture of the lush fabric held by the cherubs, and notice how the cardinal’s face is in peaceful repose- as if he is only taking a nap.

Thank you for reading.