Flying to Stockholm on the Plus side - SAS flight review

This year has not been very prolific as far as travelling is concerned for me, but true to my wandering spirit, I am visiting [yet another] new city this year. My third to be more specific.

On this occasion, it’s Stockholm. And to get there, what better way than flying the national flag carrier. Well, flag carrier in a way, SAS (Scandinavian Airline System) is a tri-nation conglomerate representing the flying interests of Sweden, Denmark and Norway. It should not strike as unusual; they each have similarly strange and somehow unpronounceable languages, are horrendously expensive, carry a Viking heritage, amongst other things in common so it only makes sense that they share the same airline.

For this trip, I booked myself in their SAS Plus cabin. At first sight, it seems like a cross between a watered down short-haul business class and a wannabe Premium Economy product. The price wasn’t bad though, if you could book the first tier in their fare structure and it is fully flexible, gives you lounge access, 2 bags x 23 kg (50 lb) allowance, meals on board the flights and 25% bonus points in your frequent flyer membership (SAS Eurobonus or any Star Alliance partner). For a two-hour flight and under £180.00 ($270.00) I couldn’t go wrong.

The booking process was quite simple, allowing you to combine any type of fare on each leg. I later downloaded the app which in turn came in handy when I had to check-in; again, a ridiculously easy process. So far, so good.

The technical stuff - or geeks' corner

Cometh the day, flyeth the traveller

Having checked in 24 hours earlier, I had enough time the morning of my departure to do some shopping for home – alas, family were staying home this time, shame we all cried! – visit my mom before leaving home at around 2.30 and snaking my way out of Southeast London to Heathrow on the on train and tube (subway).

Just over two hours and £5.20 ($7.90) later I arrived at the still relatively new, modern Terminal 2, home of the Star Alliance carriers that visit Heathrow. T2 is a different affair compared to the old, scruffy and overcrowded terminals 1 & 2. The airy, glass panelled and futuristic lines offer a more pleasant experience.

The drop-bag counters for SAS Plus and Star Alliance Gold passengers were almost deserted despite the busy ambience in the terminal. I dropped my wheelie, collected a printed boarding pass, ‘So you don’t damage your passport with the baggage sticker, sir,’ I was told, and was given my invitation to visit the lounge. Immediately, I headed towards the fast track (another entitlement of SAS Plus) where I breezed through and within minutes found the Plaza Premium Lounge.

The Premium Plaza Lounge is a shared facility used by other Star Alliance members, who like SAS do not have their own at London Heathrow.

The lounge in itself is medium sized yet didn’t feel crowded. Brown and cream hues give it a classy and relaxed ambience. There is a relatively well stocked buffet area. The offering as far as I can remember were three different salads; chickpeas; tomato, olive, feta and lettuce; couscous and carrots. The hot station comprised of white rice, spaghetti drowned in olive oil, pork meatballs, and mushroom stroganoff.

Beside the buffet station there was a fridge with cans of soft drinks, soda water, and strangest of all Chang Beer!

For bottled beers, spirits or wines, you have to cross the room and make your order at the bar area, serviced by very polite and accommodating staff.

Throughout the lounge, waiting staff promptly cleared tables and offered drink top-ups, which I found very welcoming. Free wi-fi worked good, TV screen and private cubicles make this a relaxing and quite adequate environment. Probably the only negative I found was the washroom area, which I found quite small – at least the male ones.

A couple of racks stocked with magazines and newspapers were available throughout the lounge.

Just after six pm, I checked the board and noticed we had a gate so, well stuffed and watered, I rolled out of the lounge to board my aircraft.

Unfortunately, a scrum of premium passengers beat me to the aircraft so photo opportunities were lost, but I did manage to snap a few shots of the seats if only to show the legroom.

Seating is nothing to write home about on these B737-600. They are well maintained, however there is a dated feel to it.

My seat 2A, was actually the first in the cabin so I had the partition in front of me. Legroom therefore was slightly impaired by the wall, but then I am not what you would call a towering figure at five foot seven, so for a 2h5m flight, it was not much of an issue.

Talking of partition, there is no separation between the SAS Plus from the SAS Go, only a small plastic sign on the headrest of the last row of applicable seats differentiate the different products. As you can see, even on planes, the Scandinavian democratic and almost equal system of class prevails.

Fortunately, I didn’t have to roll too far, a mere five-minute walk got me to our gate. Shortly after, boarding commenced, with SAS Plus passengers, Eurobonus Gold/Platinum members as well as other Star Alliance Gold and Elite members were invited to board first, followed by the rest of passengers.

We had a slight delay for pushback, despite this not being a full load. However, it was minimal and the queue of aircrafts readt to take off moved within their assigned slots and we took to the skies in good time.

Catering in SAS Plus

Practical, cheap, environmental, utilitarian? Therein lies the debate. Ok, this is supposed to be the premium service for European segments. Yes, it is not technically business class – however, just so you know, if you are travelling business class on a connecting intercontinental service, this is where you’ll sit on the European leg of your journey – but argh...how do I put it?

For starters, no hot towels, before takeoff or after. Having said that, there were no pre-takeoff or welcome drinks either.

Once we reached cruising altitude, meal service commenced and a boxed meal was graciously thrust at us by one of the two very mature but friendly cabin crew that looked after the SAS Plus seats. The menu consisted of a shellfish salad, roasted beef slices, and roasted root vegetables and included a blueberry cake. This was followed by a basket of warm breads and the drink trolleys.

One of the ladies suggested I try the Danish Mikkeller craft beers. First, a wheat type which didn’t appeal to me, and mind you, I likes me wheat beer! The second was a red lager, which I found much more appealing. I skipped the offer for coffee or tea.

The two female cabin crew that looked after the SAS Plus passengers were polite, efficient and quite friendly but did not really exude that premium feel.

Let me entertain you

Entertainment consisted on the inflight magazine Scandinavian Traveller - again ok if you’ve absolutely nothing to amuse you – or whatever you bring with you. I browsed through the magazine, as did not want to exhaust my smartphone’s battery listening to my playlist, seeing there is nowhere to charge devices onboard.

By the time we were an hour into the flight, it was already dark so I was not able to enjoy the scenery.

We arrived about 15 minutes ahead of schedule. A short three to four minute taxiing hooked us into the air bridge at Terminal 5.

Once we deplaned, it was a five minute-walk or so to immigration, and at that time of night and holding an EU passport, we were at the baggage collection hall within under ten minutes. No sooner had I found out what carrousel number had been assigned to our flight than my bag was already waiting to be collected. Not even 20 minutes from plane to shuttle bus!

Although I had a positive experience on this first leg of my SAS trip, I cannot say I will be in a hurry to book SAS Plus even at the reasonable fare I paid for.

The whole experience was just ok, I have to admit, but other than access to the lounges where available, free grub, which was definitely nothing to rave about and the baggage allowance, I cannot see a reason at least for a leisure passenger, to fork out that money for a two/two and a half hour flight. Fortunately, everything worked perfect, but I do think it’s a slightly diluted premium service. To get an idea, think mixing cheap white wine with 7up. Get the picture?

I will be giving my impressions on my return trip in a few days. But first I need to try out two hotels, drink probably the most expensive beer in the world, sightsee in Stockholm and see U2 in a few days. 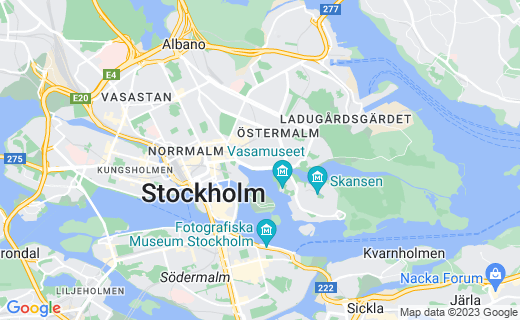 What is your favorite Nordic city?

It don't get more Swedish than ABBA