For A Hangover In Las Vegas ~ Help Has Arrived

The Hangover Heaven Bus, A New Service Started Recenly On The Strip In Las Vegas

You Could Call The "Hangover Heaven" Bus...

So you came to visit Las Vegas, Sin City, "What happens in Vegas stays in Vegas," right? Only one problem ~ after a night of ... imbibing... you feel like H*LL... there's an app... I mean CURE for that! A unique new service started recently that claims to cure that hangover, you know the kind... you are hugging the porcelain bowl and your head is throbbing... and if that little kid in the hotel room next door doesn't stop jumping on that bed you are going over there... oh wait, you can't get up... or away from the porcelain bowl long enough to do that.

How in the world did it get this miserable? Well, if you've watched any of the "Hangover" series of movies, one of which was filmed here in Las Vegas, you will see the humor in it. But, what they fail to portray in the movie is... the dreaded morning after. In the movies, it is simply "what did we DO last night? How did I get THIS tattoo? And how did a tiger get in our bathroom? And who's baby is this? He looks like a Carlos!" A real hangover may include some of that, hopefully without the tattoo, the tiger and who's baby is this, but there are also physiological symptoms that can make you feel pretty miserable.

Too much alcohol is known to cause dehydration, nausea, vomiting, headaches, and a general feeling of malaise. If you think about it, the feeling is similar to (only probably much worse than) the feeling you sometimes get when you have just come out of surgery. This is the principle behind a brand new service here in Las Vegas, a blue bus known as "Hangover Heaven" that promises a 45 minute treatment that will have you feeling MUCH better once it's done.

The business was started by an anesthesiologist named Dr. Jason Burke. He realized that the symptoms of hangovers mimic symptoms of someone coming out of surgery. And when a person comes out of surgery, the treatment for nausea is usually an IV to replenish any lost fluids, and anti-nausea medication. He was feeling badly hung over one time and tried the treatment on himself. It was then that he got the idea to offer this to others as an effective treatment for hangovers.

The Hangover Heaven treatment bus brings the treatment one would receive in an emergency room to the streets (namely the Las Vegas strip hotels). With treatment available from 8 a.m. until 3 p.m. daily, it is looking like a promising start-up business here in Las Vegas. The person who has had too much the night before and now feels miserable simply calls a number or goes on the internet to make a reservation and is picked up at a Las Vegas hotel for a 45 minute bus ride.

While on the bus, patients receive an IV treatment of fluids and vitamins (sometimes also known as a "banana bag,") and for a bit extra, the IV treatment can also include an anti-inflammatory medication and anti nausea medication. For $200, a patient receives two bags of saline that have been mixed with vitamins and the two drugs, ketorolac, which is also known as Toradol, an anti inflammatory, and Zofran, a prescription medication often used for chemotherapy patients and pregnant women to treat the symptoms of nausea when it occurs. For a lower price, around $130, a patient receives the saline and vitamin solution only, which for some may be all they need to alleviate their hangover symptoms.

Some have said that using these drugs may pose some risk for some patients who have renal failure or systemic conditions such as diabetes or high blood pressure, but then other anesthesiologists have said that the drugs are indeed safe for most people and effective. "Hangover Heaven" patients are asked about their complete medical history before they are treated. A full medical history is taken before anything is administered to them.

The full $200 treatment is known as "Salvation," the $130 treatment is called "Redemption." There is also a private treatment patients can receive in their hotel room, but that will cost around $500 for the first person and $375 for others in the same room. Most people choose to receive their treatment on the bus. If this all sounds expensive, it's because drugs used in the treatment are FDA approved, and there are fully trained medical staff on board the bus. Neither of those are cheap to provide, but are very necessary to assure the safety and effectiveness of the treatments given.

As of April 16, 2012, this bus had been in existence for less than a week... and yet the media press about it has been nothing short of phenomenal. Dr. Jason Burke in fact has had phone calls from media, people interested in possibly opening franchisees and even phone calls from several reality TV show producers! And of course, he's had a lot of calls from customers hoping to find a cure for their misery caused by too much partying the night before.

The bus has pickup points at a few Las Vegas hotels right now, but I bet the calls for their pickup service will increase once the word really gets out about this bus. The bus features a comfortable front lounge area, a mid section with bunks, another lounge in the rear, a restroom and a pretty and relaxing interior. It should be a fairly comfortable ride while patients receive their "cure" which takes about 45 minutes.

It does say on the hangover heaven bus website that Dr. Jason Burke is a board certified anesthesiologist, with over ten years experience, and that he received his degree from Duke University. Copies of his credentials are available on the website as well. He has said that even though this is a business, he is first a physician.

Coming to Las Vegas for a vacation or even for business is not cheap. So, after a night of a bit too much to drink, vacationers don't want to lose an entire day spent by being miserable in a hotel room. They would rather go sightseeing or to one of the wonderful shows here in Las Vegas. This treatment can potentially help them to do that. And they do advise people to wait at least 12 hours before drinking again.

Hopefully people will heed that advice, or an even wiser decision would be to skip the drinking for a few days... Las Vegas has so many fun things to see and do, who wants to go home from their vacation and not remember them? Well, ok, so I know there will be people out there who DO want to do that.

The best advice is not to drink so much that you end up sick as a dog... but if you do, it's nice to know that there may be some help available just around the corner... or at the nearest hotel's Hangover Heaven bus stop! 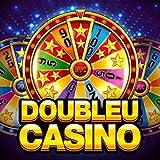 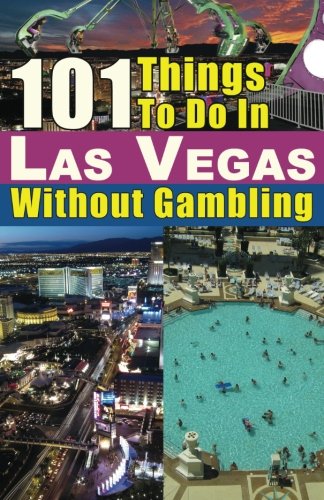