The Enchanting Wildlife Of The Forest Of Dean.

The ancient Forest of Dean has literally been around for thousands of years. It is known that people exploited the oak trees in the area as long ago as 2000 years. Since then, the forest has been subject to a number of laws which were all primarily aimed at protecting this unique and rich eco-system. Indeed, some of these laws are still in existence today and show no signs of any imminent repeal.

Few, if any, woodland areas across the United Kingdom would be able to compete with the range and complexities of the species of flora and fauna that exist in this forest. The Forest of Dean is known to be home to many mammalian species and these include hundreds of fallow deer and now even wild boar have been re-introduced into the area. The Forest of Dean is one of the best places to visit for ornithologists as it has peregrine falcons and many other interesting and rare species of birds.

The Forest of Dean

If we were to look at the animals of the forest in order of size, we should certainly start with the fact that there are hundreds of fallow deer roaming the area. These are best seen and heard during the Autumn, which is their mating season. Occasionally, roe deer have also been glimpsed in the forest. They are particularly out and about at dawn and especially dusk, so drive carefully in Autum around dusk/twilight as they do run out in front of the car and the Forest of Dean is a "Deer Accident Blackspot"!

Unitl 2008 the extremely rare Forest of Dean White Stag roamed the woods, and I was furtunate enough to see it crossing the road just a few days before it died - sadly hit by a car.

All-in-all, the Forest of Dean is home to most of the wildlife that you would typically expect to find in Britain. However, there are some new additions to the fauna of the forest that would have been mad to contemplate some thirty or so years ago. After an absence of around 300 years, wild boar are now back in the forest and behaving as though they had never been gone. Indeed, it can be completely feasible to spot a number of them coming out of a wooded area and strolling across a road to the other side. For more information check the Forest of Dean Wild Boar webpage.

Nobody is exactly sure on their introduction back into the forest. Some believe that it may have been some reared animals that had escaped on their way to the abattoir, others feel that it was a more carefully orchestrated plan by an organisation that was keen to realise their re-introduction.

Such reintegrated organisations do exist and are not ashamed to admit that they have other animals on stand-by to be reintegrated into different parts of Britain. These include big cats which are being reared in readiness for the Scottish highlands.

Perhaps then, it is through these same organisations that sightings of wild cats have been reported throughout the Forest of Dean vicinity. What’s more, these sightings are becoming increasingly common in this part of Gloucestershire as well as many other parts of England.

All eye-witnesses describe the creature that they have seen as being a large and often black cat which resembles a puma. Generally all sightings have come as a complete surprise to the startled onlookers and it is apparent that if these big cats are in residency in the forest, their elusiveness dictates that they are not keen on becoming properly discovered any time soon. Check out the Forest of Dean Big Cats page for further information.

Photo NOT taken in the forest but Forest of Dean Big Cats are thought to most likely be Pumas.

The Forest of Dean extends across an area that is equivalent to 35 square miles and this would appear to be more than sufficient ground for elusive sightings of wild cats which are becoming more strongly accepted to be a part of this corner of England. Sightings of these large cats are on the increase and the authorities are finding it harder and harder to suppress statements from increasingly credible witnesses.

Sheep have had a ‘right to roam’ in the forest for hundreds of years. Just one of the ancient laws that we mentioned above. It is not uncommon to spot them grazing amongst the trees and living their lives in a nonchalantly carefree way that you would expect to find more on a west country moor. SO DO DRIVE CAREFULLY. In particular in March baby lambs don't even know what a car is, and sleep innocently in the centre of the road - usually just round that sharp bend...

Badgers are another forest animal, but being predominantly nocturnal, they would not tend to leave the safety and comfort of their sett much before dusk. Foxes are also quite common across the forest, as are hedgehogs and grey squirrels. Other rodents include voles and dormice.

The forest is an essential habitat for several species of bats. These avian mammals are becoming increasingly rare and all species are protected in this country. The most common breeds of bats that you are most likely to spot are the long-eared, pipistrelle and nocturne species. If you are lucky enough to identify their habitat, make sure that you do not disturb it as it is a criminal offence to do so.

It is thought that there are up to 300 species of insects throughout the forest and this includes 30 different species of butterflies. This is bird-watcher’s paradise as they are almost guaranteed to be enthralled by several rare and elusive species of birds. Peregrine falcons are known to be present here, as are goshawks, buzzards, nightjars and pied fly-catchers. The forest has even become resident to several ravens, which you would expect to see more at the Tower of London and the mandarin ducks are not content with nesting on the floor here, they unusually have a penchant for the tops of the forest trees instead. The old hollowed out forest trees are popular nesting places for tawny owls and woodpeckers and have been for centuries. We have a LOUD woodpecker in the Forest right by the house...

The forest has been recognised as being a particularly good spot to see bluebells, which are becoming less common in other wooded areas of the country. Other species of plants include sweet woodruff, herb paris, archangel and sanicle and these tend to grow on the steeper slopes in the forest.

There are also several types of fungi growing in the area and it would be most common to see these by the side of a path. Springtime would have to be one of the best times to glimpse the flora of the Forest of Dean. Specifically this would be before the overhead canopy of trees has thickened sufficiently, so as to block out the natural sun light that is able to adorn the forest floor at this time. Primroses and violets take full advantage of this time of the year and manage to put on a good display before the shade comes in late Spring and Summer.

With around fifty per cent of the trees in the forest being either oak or beech, Autumn always promises to be a truly magnificent colour spectacular. Visitors are attracted to this event from far and wide and even a species of conifer; larch, turns a russet-gold colour come October. The red, yellow, gold and brown foliage all needs to be seen to be believed and you may find yourself comparing this phenomenon to woodlands that would be more synonymous with New England.

The Forest of Dean was declared a National Park back in 1938 and when you visit this ancient and idyllic final English frontier, you can soon see why. The area is very popular with tourists and the lucky inhabitants of the forest would probably all attest to the fact that this woodland really does get into your blood and become a part of you. To leave this part of the world, once settled, would be equivalent to losing your right arm and is not a prospect that most inhabitants ever wish to contemplate. Not this one anyway!

Other Forest of Dean Hubs 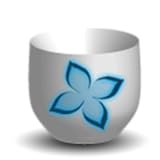 The Forest of Dean
Buy Now