Free and Fun Things to do in Chicago

Chicago is also known as:

Get to know Chicago

There are certainly always fun things to see and do in a big city, but did you with just a little looking you can find free things too. I know for a fact that there is no shortage of both fun and free things to do in Chicago!

Having lived in the Chicago suburbs for well more than a decade, what first attracted me to this part of the United States the most was the city of Chicago itself. Situated at the southwestern tip of Lake Michigan, the only great lake fully within U.S. borders, Chicago's downtown has awesome views of the lake. You can stand on one of Chicago's many public lakefront beaches enraptured by the beauty and vastness of Lake Michigan, yet turn around and see Chicago's magnificent skyline.

Chicago has almost three million residents, and in terms of population is considered the 3rd largest city in the U.S., behind New York and Los Angeles. It is a city of skyscrapers, partly as a result of the Great Chicago Fire of 1871. After the fire destroyed nearly 4 square miles the cost of land skyrocketed and architects built upward, a trend that continues today. The newest skyscraper to dot Chicago's skyline is Trump International Tower, the second tallest building in the city, second only to the Willis Tower, better known for decades as the Sears Tower.

With its lakefront recreation and city amenities, it's no wonder that Chicago attracts nearly 45 million visitors annually. And for families or those on a budget, there are many fun and free things to do in Chicago. With a little planning ahead it's not hard to have a fun day for free in The Windy City. 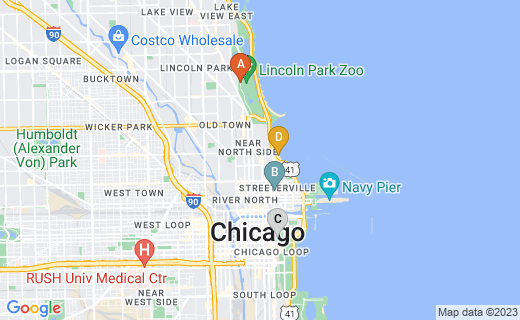 Lincoln Park Zoo is one of Chicago's free attractions.

Admission to the Lincoln Park Zoo is free for everyone. Situated minutes from Chicago's Magnificent Mile, monkeys, tigers, elephants, giraffes, lions, camels and many more exotic animals make Lincoln Park Zoo their home. Beautifully maintained by Chicago Parks, the zoo, with over 1200 animals and 230 species, is not too overwhelming in size, making it perfect for part of a fun day in Chicago.

At the southern end of the zoo's parking lot is a walking bridge over Chicago's famed Lakeshore Drive, connecting the Lincoln Park neighborhood to one of the free public beaches along Lake Michigan.

Zoolights, an annual display of over one million holiday lights at the zoo, is also free to the public, and is open from late November until the beginning of January.

For window shoppers and people watchers, The Magnificent Mile, is one of Chicago's hot spots. This avenue of shops, dining, hotels, and culture, is known for its spectacular holiday displays. Each year more than 200 trees are illuminated during the Magnificent Mile's Light Festival, followed by a spectacular fireworks show over the Chicago River.

>>> More information about The Magnificent Mile

Cloud Gate or "The Bean" at Millennium Park

Millennium Park, considered to be one of Chicago's top tourist attractions, is absolutely free. Additionally, free concerts, family activities, and exhibitions often take place at this park in the heart of the city. Perhaps renowned for being home to Cloud Gate, affectionately called The Bean, Millennium Park also has sculptures, gardens, an outdoor concert pavilion and an ice skating rink.

The twenty-six miles of Chicago lakefront is what makes Chicago truly a unique city. Hugging the shore of Lake Michigan, Chicago's lakefront includes about two-dozen beaches and miles of paved path for biking, walking, jogging, or rollerblading. One of the most popular beaches is Oak Street Beach located at the northern end of the Magnificent mile -- well within walking distance of shopping and dining. 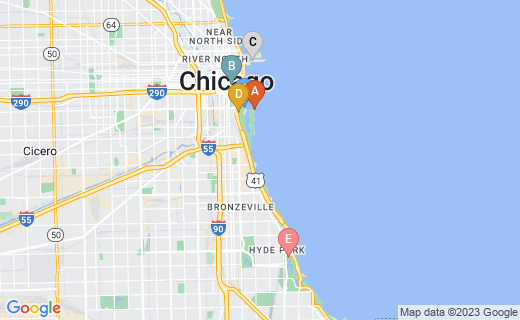 The Art Institute of Chicago

Museum of Science and Industry

Chicago is home to many museums, and while all of the museums have an admission fee, most have a couple days a month where admission is absolutely free to certain people. Additionally, corporations may sponsor free-admission events, so it is always worth checking in advance to see if free admission may be available.

Here are examples of some of the free admission days offered during 2012:*

The Art Institute of Chicago offers free admission to:

>>> More information about The Art Institute of Chicago

Museum of Science and Industry offers free basic admission to:

>>> More information about Museum of Science and Industry

*Discounts and free days may change. Please check with each museum for their most current discounts and promotions. Special exhibits may have additional fees even on free days.

Throughout the year there are many free festivals and events held in Chicago:

>>> 2012 Taste of Chicago Restaurant and Music Line Up