A former coworker of mine in employment and education was born in New Jersey and he loves it there. He takes his wife and children to visit his home state every year to enjoy the attractions and to visit family and friends.

He has observed, especially from 2000 through 2016, that the shoreline of New Jersey in the bays along the Atlantic Ocean has receded noticeably. New Jersey is gradually becoming somewhat smaller!

In fact, houses that formerly stood on solid ground where my friend grew up are now gone -- Water stands in their places.

This shoreline shrinkage has been incredible to watch over the years; but, people have moved inland and Union City is safe on the other side of Manhattan. There is still plenty to do and see in New Jersey.

Many pleasant activities and attractions present themselves to visitors and residents in this part of the state, including waterfront attractions and water activities, even though the shoreline continues to shrink from gradual natural erosion and rising water levels.

Union City is known historically for a number of things: 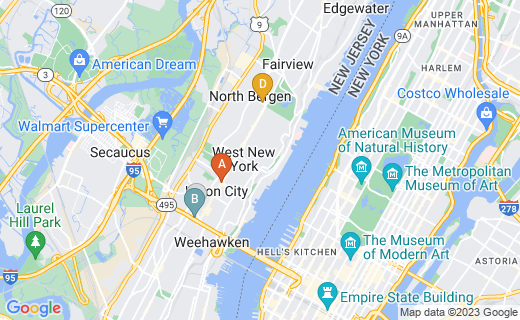 Starting point of the Cuban Parade. 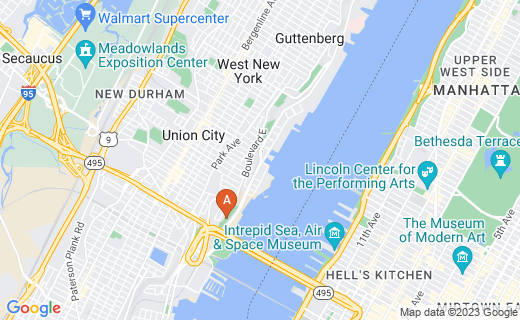 The New Jersey Gold Coast is just south of Union City, beginning at the dueling grounds preserved in Weehawken south to Bayonne.

During the American Revolution, Weehawken was an important place. Military personnel were stationed her on watch to determine the whereabouts and direction of approach of the British soldiers arriving from installations in New York. The Gold Coast was very useful in this respect.

Businesses, shopping, residential, dining places, and multi-use construction all dominate this waterfront area that has developed and improved in the last few decades. New businesses reside side-by-side with historical sites that visitors and residents enjoy. 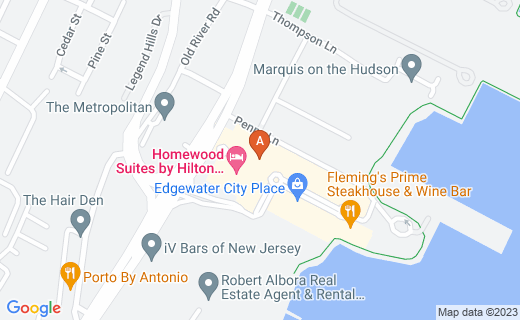