Georgia Towns: What Were They Thinking??

Sometimes ya just gotta wonder about how towns got their names. Take Georgia, for instance. I was born here, and I’ve lived here my whole life. I’ve heard the names of many towns and cities in the state since I was knee-high to a grasshopper and never really thought too much about it until the past couple of years. Guess I’m getting old and bored. Recently, however, I’ve begun to wonder, what in heck were they thinking when they named that place?

Georgia seems bent on extremes when it comes to the names of her towns. Either they have no originality at all, or they’re so unique as to seem strange and often un-pronounceable to outsiders. As for the totally unoriginal names copied from other places or fictitious characters, we have the following:

Valdosta ( after Val d’Aosta, in Italy)

And then there’s one that sounds like it was copied, but it wasn’t:  Lenox. Not like in England, but as in “lean ox.” The tiny town was named after a skinny cow, and they have a festival each fall to celebrate the humble beginnings.

So, actually, you can see the whole world without ever leaving Georgia. Who knew? You can tell your pals you went to Cairo for the weekend, or that you’re planning a trip to Rome. Or you’re going to do some shopping in Denmark. How does dinner in Vienna sound?

At the other end of the spectrum, we have the following:

Poulan:  I must share this story. This little town is pronounced like Poland, and it’s just down the road from Ty Ty. In 1939, a group of farmers were having coffee in Ty Ty’s Shack Café. Suddenly, a local bursts in all excited, exclaiming, “The Germans just invaded Poland!”  The startled farmers jumped up, saying, “Oh, my God! I gotta get home and get my shotgun! They’ll be here before lunch!”

Ludowici (LOO duh WISS ee): Another true story. Once a northern couple was passing through this hamlet on the way to Savannah, and they stopped at the local Dairy Queen to get a burger. The man steps up to the counter and says to the young girl behind it, “I want you to pronounce the name of this place very slowly for me.” She looks at him strangely and says, “Daaiirryy Queeen.”

In addition to its unoriginal and wacky names, I think Georgia has the most beautiful name for a town in the whole world: Rising Fawn. This small town is located in the northwest corner of the state, an area of steep hills, canyons, gulches, creeks, and rushing waterfalls. Just the name brings to my mind misty mountains, verdant woods, and early Native Americans. Rising Fawn is home to Cloudland Canyon State Park, one of the most scenic spots in Georgia. 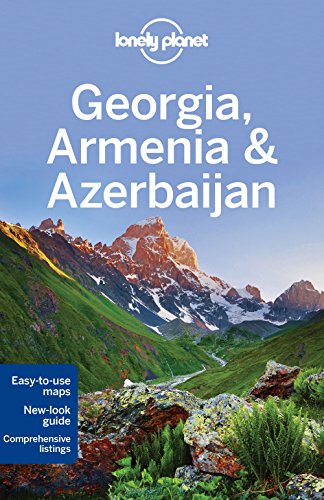 Read more about the U.S. South: