Get Lost: 4 Reasons Why I Hate Giving Directions

One thing that has gotten to me for several years now is people asking for directions, especially in cars. I no longer walk on roads or even anywhere remotely near the shoulder of the road, just so I can avoid getting pulled over by some idiotic motorist. I would rather risk the thorns, and the mole holes, and the long grass and the wild animals as yet undiscovered by mankind, frankly, than confront one of my worst adversaries: the lost commuter.

Here are a few reasons why:

1. I’m not good with directions

First off, I literally don’t know the names of streets in my city. My mind is filled with a whole lot of other – probably useless – information and therefore there is no space left for street names. I work according to landmarks, since I find it infinitely easier than saying "first left; second right; left again" et cetera, et cetera.

But most people don’t operate this way. Because chances are they don’t know where the landmark I’ve referenced is either, so then I’ll end up doing the left right routine just because it’s easier – for them. I usually end up getting it wrong, and usually lie low for a while afterwards because I don't want some angry truck driver looking to cave my head in with a tire iron the next time he sees me.

What really irks me is that after having gone through a set of directions several times I end up repeating myself about five times over with people, progressively talking slower and louder, as if I'm trying to communicate with a foreigner. And all the while I could have been having a nice walk or getting to where I have to be on time, but instead I’ve spent that time repeating something to some moron who inevitably will take the wrong turn anyway as I watch them drive off into the sunset. So that’s ten minutes of my life wasted.

Not too long ago I was walking along on the road and a guy leaned halfway out of his car window and shouted and whistled at me like some crude construction worker would to a young attractive female who happens to be passing by.

So the car stops, and one of the two guys, one rather repulsive looking fellow in shorts, asked me if I knew where to find a certain hotel in the area. Now in my neighbourhood there are no hotels – only guesthouses, and there is an adequate number of road signs that will lead you to any one of them. So I asked if he meant to say “guest house”.

Now even though he didn’t swear and I am in fact censoring the name in case the accused happens to read this at some point, it was at that point followed by an awkward silence where the conversation just about ended, and I knew I didn’t want to help these guys. The one was just so bloody rude. And in the end after I told them I genuinely didn’t have any idea where this location they were looking for was (even if I knew, I wouldn’t have told them anyway), they just drove off while I was in mid-sentence without saying thank you or anything.

I can tell you there was no other time in my life where I wanted to just slash someone’s tires.

These days you just never know. The rule is don’t ever go too close to a driver’s window, and don’t lean over and stick your head near or inside the car. Be extra careful if there’s a whole bunch of guys in the car too because they might jump you, mug you, or take you in to the car and kidnap you. And don't ever decide that it might be a good idea to climb inside the car and show them where the place they're looking for is. Basically, remember what your mother told you about stranger danger.

It’s like they say: “No good deed goes unpunished.”

So in future, save us people on the street a lot of grief and make sure you do the following: 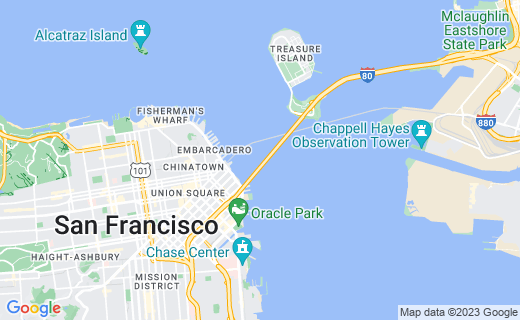 And if you do end up asking for directions, be polite; say excuse me, please, and thank you where appropriate. It’s not very likely that you were raised by apes, so there’s no reason you should behave like one, and commit the verbal equivalent of flinging faeces in my face.

As for me, in future I will either just politely lie and say I have no idea where the place you’re looking for is, or I might just rather more impolitely put my iPhone earbuds in (without any music actually playing – I don’t want to get knocked down by you) and pretend that I can’t hear you as you lean out of the car window and shout and whistle at me repeatedly.

Do you ask for directions?

Do you bother giving directions?